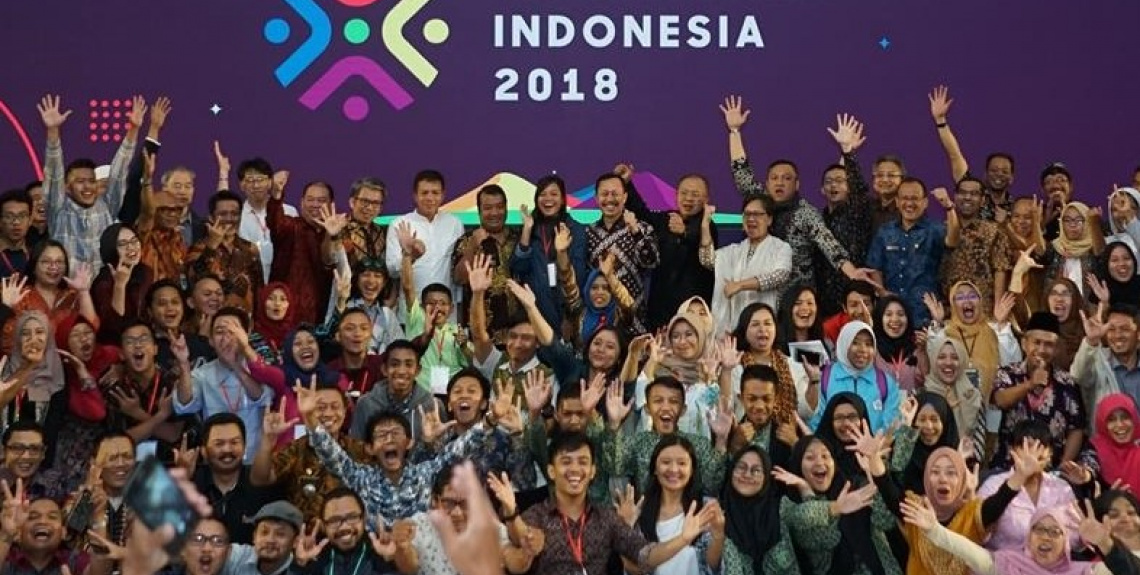 Over the last years, numerous Indonesian local and national stakeholders have taken an increasingly prominent role in global human rights city discussions. Spearheading the consolidation of the human rights cities movement in the Asia Pacific region along other actors in Gwangju’s World Human Rights Cities Forum, Indonesian actors also played a fundamental role at the global level. How is this international momentum connected to local realities in Indonesia? What innovative policy examples can be found among the country’s more than 500 regencies (kabupaten) and cities (kota)? This report sheds light on these questions, building on the expertise of members and partners of the Committee in Indonesia.

(* This report has been developed thanks to our partnership with INFID - Photo source: INFID and KOMNAS HAM)

The origins of the movement in Indonesia date back to almost a decade ago, when various local governments and human rights defenders participated in the WHRCF of Gwangju. Back then, these pioneers identified the human rights city concept as a good opportunity to promote human rights from the bottom-up and with a long-term vision, taking advantage of the increasing consolidation of local democracy after the fall of Indonesia’s authoritarian regime (late 1990s).

Indeed, the Indonesian and Korean human rights cities movement share the key trait of having pushed for human rights city strategies almost in parallel to nationwide democratization processes. In both cases, the effective convergence of innovative local democracy experiences and social activism played a key role to promote and protect human rights.

A good example of effective multi-stakeholder cooperation, this agenda has received the valuable backing of civil society and national stakeholders since its inception. Therefore, both institutions supported the political will of local leaders through various ways. Since the 2000s, Indonesia’s national government has pushed for a strong decentralization agenda touching also on human rights matters. The role of the National Human Rights Commission (KOMNAS HAM) and the National Action Plan on Human Rights (RANHAM) has been key in this process.

Since the 2010s, these national stakeholders have carried out well structured promotion strategies seeking to inspire more local governments to develop their own initiatives on human rights and harmonize local and international laws.

The contribution of civil society organizations such as the International NGO Forum on Indonesian Development (INFID) has also been fundamental in both promoting the human rights city concept across the country as well as in supporting policy development at the level of cities and regencies. INFID has organized, on a yearly basis and along other actors such as the KOMNAS HAM, a National Human Rights Festival (Festival HAM) which made the human rights city concept widely popular among Indonesian local authorities and human rights defenders. Civil society participation in the definition of local human rights strategies allowed to ensure that these processes adopted participatory methodologies, were reactive to the needs of all residents, local officers were well capacitated and coordinated with existing initiatives on the ground.

Local human rights policy development in Indonesia is characterized by the diversity of thematic priorities addressed. A key approach developed by many local authorities through this vision is that of fostering full citizenship and conviviality, preventing the sources of intolerance and extremism through reinforced social dialogue, campaigning and remedy.

Many other local authorities developed a more specific focus on social and economic rights, reaching to this end the poorest or more disadvantaged through social economy or education initiatives. The human rights city vision has allowed for advanced equal treatment, as many local governments also developed daring policies in the field of gender equality.

Other cities and regencies have given a more specific focus to the issue of social and economic rights.

A pioneer local government in embracing the human rights city vision in Indonesia is without doubt that of Wonosobo: A Regency located in Central Java which has a population of 790.491 inhabitants. Wonosobo represents a diverse territory, comprising both urban and rural areas, and having a poverty rate slightly superior to that of the national average. For more than 7 years, local government leaders and civil society have worked together to develop a human rights city strategy embracing the welcoming and diverse personality of the territory to articulate a human rights policy vision.

Preventing intolerance has been a key priority, but also reinforcing social inclusion policies. The institutionalization process of Wonosobo human rights vision has been characterized by the active engagement of local leaders and public workers as well as the broad participation of civil society stakeholders and human rights defenders. The establishment of a Regional Human Rights Law and a Human Rights City Taskforce kicked off the institutionalization process in 2016.

Similar to the local human rights declarations and offices of other human rights cities across the world, these two mechanisms allowed to start mobilizing public resources and defining a specific strategy on human rights. This would focus on women, children, people with disabilities, older people and the relationship with the environment.

Such efforts led to the establishment of a Regional Human Rights Commission in 2018, the same year by which Wonosobo hosted the Festival HAM. This new institution gave more prominence to the human rights policy discussion at a legislative level, while facilitating new means for human rights campaigning, awareness raising and capacity building at the level of Wonosobo localities. The Taskforce would maintain its coordination role within local public administration, liasing with the Mayor’s office while directly addressing residents’ demands. Since its inception, the Taskforce has been composed by local government representatives with a good knowledge of human rights, also well connected to the work of activists.

Due to the COVID-19 crisis, this strategy has had to adapt to the new circumstances and unprecedented challenges posed by the pandemic. One of the main innovations to be soon implemented by local authorities is the new “Human Rights Complaint Tool”, which will offer residents a direct channel to denounce human rights violations or challenges to local authorities. This channel will be based on both digital technologies as well as physical spaces across the Regency. In short, members of the community will have a new tool to monitor and report the human rights situation.

At a global level, Indonesia’s contribution has been key to consolidate the human rights cities movement: From networking developed within the WHRCF to the recognition processes endeavoured at the Human Rights Council.

This has relied on the engagement of active local governments and national actors like the KOMNAS HAM, various Ministries and Indonesia’s Permanent Mission in Geneva. The participation of NGOs such as INFID and other local human rights defenders allowed to draw an even larger picture and collection of Indonesian voices to these efforts.

In perspective, this contribution also provided a wealth of resources that can be of support to human rights cities across the world: From learning tools to meaningful connections to human rights activists and entrepreneurs at a regional and global level. In coming years, Indonesian voices will remain crucial in defining the new horizons of the movement.