Right to Housing and Local Governments

Enjoying access to adequate housing is an essential condition to achieve a full right to the city. However, many cities across the world still come across numerous challenges preventing the human right to housing from becoming a reality for all its residents. Throughout more than half a century of global discussions on the right to housing implementation, local governments have increasingly adopted a more important role in coming up with practical solutions. At present, this has become an even more urgent agenda, due to the worsening impacts of the global housing and inequality crisis.

This section will help you know more about the role of local governments in advancing the implementation of the right to housing. It provides both a historical background for right to housing discussions, a framework for inclusive housing policy development from a local government perspective and a glossary of key terms and concepts.

The right to housing in local agendas

Housing is a key aspect of city life. For everyone, housing represents more than four walls and a roof: it is a place to call home, a safe environment necessary to enjoy an adequate standard of living and a platform to access basic services and all the opportunities cities have to offer, from jobs and economic services to cultural life and leisure.

Housing is essential to advance urban equality and the social inclusion of groups at more risk of vulnerability. Too often, however, housing is not treated accordingly, either because the pace of urbanization is too fast for governments to come up with adequate housing solutions for all, or because housing is perceived as nothing more than a commodity.

Local governments play a central role in housing policy, even though they don’t always count with enough resources or an actual enabling environment to develop comprehensive strategies on this matter. Local governments competences usually include urban planning and access to basic services such as water and sanitation and public transportation. They are also often charged with coming up with responses to care for the most vulnerable, including people who are homeless or victims of evictions.

When local governments count with enough resources and capacities, they can also develop sound social housing policies. In some contexts, they also supported and contributed to scale-up community-led practices on upgrading and cooperative housing.

Local governments interaction with housing policies dates back to more than a century ago, when they started to develop their own policies to address the lack of adequate housing in rapidly expanding industrial cities. These pioneer policies aimed at solving many challenges worldwide cities still face today - overcrowding, lack of planning, inequality - with a view to improve the living conditions of working-class residents, urban poor and migrants arriving to the city in search of opportunity and progress.

Some of the most advanced examples of local policies back at that time can be found in Vienna and London, who still count with a remarkable local public housing system today. From the 1940s onwards, relevant public housing initiatives were already being developed at a global scale, from fast-growing cities in Mexico to Japan and the US to Australia.​

The Universal Declaration of Human Rights (1948) provided a historical turning point for the direction housing discussions would take in coming decades. It was the first international document where states recognized housing as a human right - or an essential condition to enjoy an adequate standard of living.

The right to housing has been ratified by most states of the world. Other human rights treaties, such as the International Covenant on Economic, Social and Cultural Rights (1966), expanded its understanding and triggered the concept's policy developments.

Even though we are very far from seeing it be fully implemented everywhere in the world, the right to housing remains a meaningful concept which is highly relevant for policy discussions. Indeed, it represents both a guiding principle for policies; a legal responsibility holding governments accountable; an evolving international human right standard; and a concrete and legitimate demand by city residents and communities.

« Everyone has the right to a standard of living adequate for the health and well-being of himself and of his family, including food, clothing, housing and medical care and necessary social services, and the right to security in the event of unemployment, sickness, disability, widowhood, old age or other lack of livelihood in circumstances beyond his control » 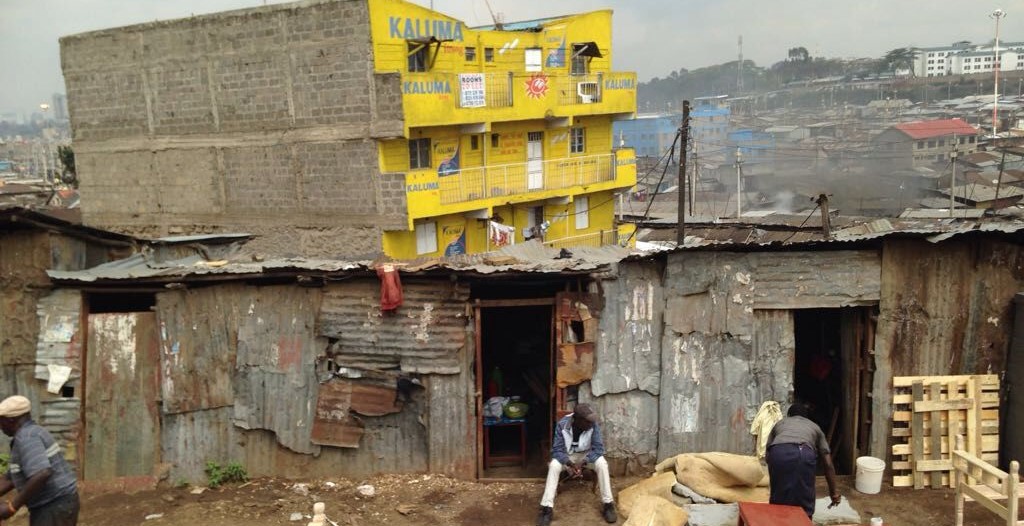 Throughout the last fifty years, three international conferences - Habitat I (Vancouver 1976), Habitat II (Istanbul 1996) and Habitat III (Quito 2016) - brought together the countries of the world (progressively including local governments and civil society in its latest editions) to come up with joint action plans to promote sustainable urbanization and government engagement based around the right to housing.

The work of UN agencies, chiefly UN Habitat, has played an important role in promoting the right to housing across government and development agendas. Within the UN human rights system, the UN Special Rapporteur on Adequate Housing mandate (put in place in the 2000) has also contributed to address pressing housing-related issues - like informality, forced evictions or homelesness - from an explicit human rights perspective.

« We envisage cities and human settlements that fulfil their social function, including the social and ecological function of land, with a view to progressively achieving the full realization of the right to adequate housing as a component of the right to an adequate standard of living, without discrimination, universal access to safe and affordable drinking water and sanitation and equal access to public goods and quality services »

The increasing financialization of housing has influenced an important part of the global housing conversation since the Great Recession (2008). As housing provision increasingly became more deregulated, with real estate becoming the main commodity of choice and a prime speculative asset, access to adequate and affordable housing in many cities of the world has become even more difficult. New housing related challenges have emerged in the last few years, while old ones - like informal settlements upgrading - have remained unresolved. Many actors speak of a “global housing crisis”.

This process has brought new types of stakeholders to reclaim the right to housing, from civil society to local governments. In 2016, the UN Special Rapporteur on Adequate Housing, Leilani Farha, launched The Shift campaign to bring together governments and human rights defenders to alert on the impacts of housing financialization over human rights guarantee. The campaign pushed for a radical change in the global housing conversation - from housing as a commodity to housing as a human right.

« Housing and commercial real estate have become the “commodity of choice” for corporate finance and the pace at which financial corporations and funds are taking over housing and real estate in many cities is staggering. The value of global real estate is about US$ 217 trillion, nearly 60 percent of the value of all global assets, with residential real estate comprising 75 per cent of the total (...) Housing is at the centre of an historic structural transformation in global investment and the economies of the industrialized world with profound consequences for those in need of adequate housing »

Local government engagement on the right to housing within UCLG dates back to 2016 with the launch of The Shift and the Habitat III campaign on the right to the city led by many local governments and partners of the CSIPDHR. The rising impacts of the housing crisis gathered a large coalition of stakeholders, from local authorities to UN agencies and civil society, to push for a renewed approach in housing policies that reclaimed its social function and the role of public authorities in bringing this vision about.

« We, the local governments strongly believe that all people should have actual access to “adequate housing”, understood by the United Nations as the one that has the correct “affordability”, “legal security of tenure”, “habitability”, “availability of services, materials, facilities and infrastructure” “accessibility”, “location” and “cultural adequacy”. Nevertheless, real estate speculation, high cost housing, inadequate regulation, socio-spatial segregation, insecurity of tenure, substandard housing, homelessness, urban sprawl or informal urban enlargements without requisite facilities or infrastructure, are growing phenomena that threaten the equity and sustainability of our cities. Given this situation, local governments cannot stay on the sidelines, and need to take a central role » 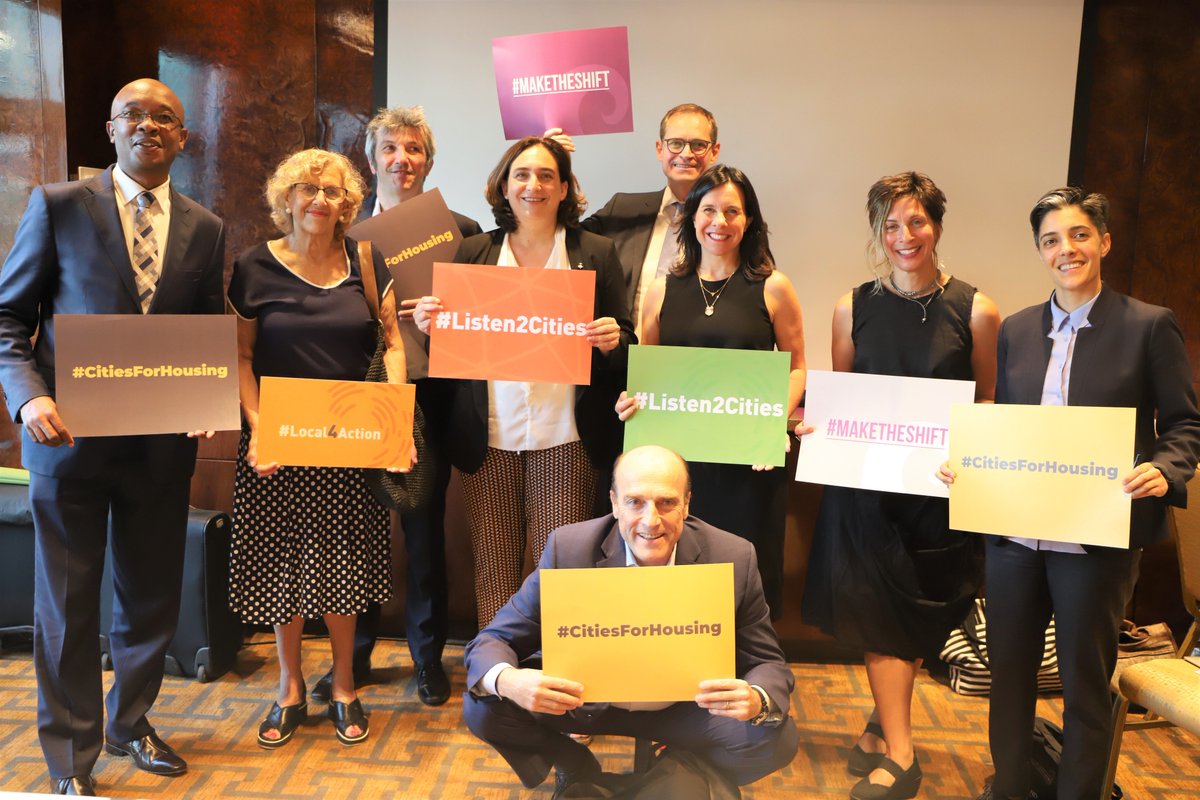 Launch of the Cities for Adequate Housing Declaration (2018)

A way to frame access to housing based on the rights-based approach developed in international and national law. It recognizes that housing must provide more than four walls and a roof; indeed, and in order to be considered as “adequate”, housing has to meet the following criteria: legal security of tenure, affordability, habitability, availability of services materials, facilities and infrastructure, accessibility, adequate location and cultural adequacy.

It refers to the increasing role played by global capital markets and corporations in the real estate market, which see housing as a vehicle for wealth and investment rather than a social good. The financialization of housing is reaching the four corners of the world and causing massive effects on local housing systems, affecting the availability and price of housing and land in many countries and cities - therefore making housing less affordable for the many.

A housing access scheme led by communities. Community-led housing takes different forms. It might involve the participation of civil society stakeholders and even local governments. It requires a clear engagement by the same community, which also adopts a management and implementation role. Community-led housing offers an alternative to both private and public housing provision to bring about more affordable and adequate housing in cities.

An integrated approach to improve the housing conditions, built environment and living conditions in informal settlements. Integral upgrading often includes securing land tenure, improving access to infrastructure and facilities and adopting initatives to stimulate the social and economic fabric. Participatory approaches to upgrading recognize the needs of residents and harness their capacity to drive the same upgrading process in both the design, implementation and follow-up phases.