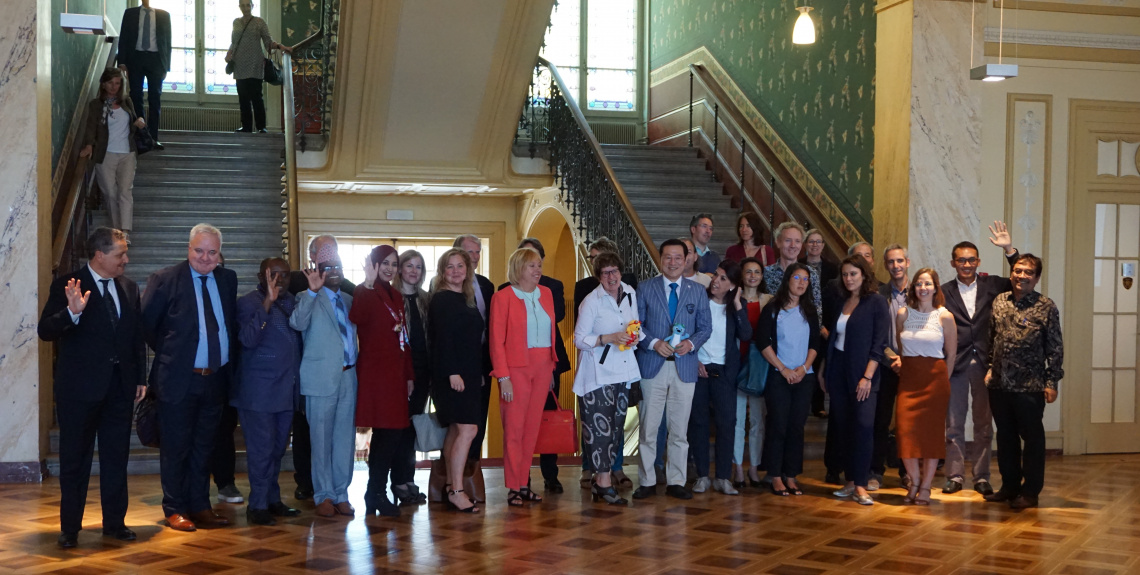 More than 20 local governments from all over the world took part in the meeting of “Local Governments for Human Rights” organized last 17 June by the Office of the United Nations High Commissioner for Human Rights (OHCHR) and the UCLG Committee on Social Inclusion, Participatory Democracy and Human Rights (UCLG CSIPDHR). This was indeed an unprecedented opportunity, as local governments were able to sit in the same table and engage in a formal, cross-cutting dialogue on human rights with United Nations representatives for the first time. This meeting is expected to be the first of many, as the voice, challenges and experience of local governments on human rights are increasingly acknowledged and their initiative supported by international institutions.

An unprecedented dialogue between local governments, UN officials and experts

The main goal in last June’s dialogue was to better understand what are the challenges and what are the potentialities in looking more closely to local governments human rights action. Mayors, councillors and local human rights officials could meet and discuss with more than 20 representatives from different UN regional and thematic divisions, special procedures and advisers of the OHCHR and the Human Rights Council, as well as human rights experts and civil society representatives.

The session was presided by OHCHR’s Deputy High-Commissioner Kate Gilmore, who warmly welcomed participants as “human rights champions (…) who use their leadership positions, their authority and their responsibility to advance human rights”. Ms. Gilmore equally stressed how, in recent years, as human rights are under strain worldwide, “it has truly been the city and local governments that have taken the most prominent and exciting role in the promotion and protection of human rights”.

In her video remarks, UCLG’s Secretary General Emilia Sáiz committed to “explore new ways with you to shape society” by “protecting the values that so many generations before us have been developing and protecting”.

Two co-chairs of our Committee co-presided the session alongside Ms. Gilmore: Mr. Lee Yong-seop, Mayor of Gwangju, who acknowledged human rights as “one of the most important values in our society” and called to “strengthen global cooperation between human rights cities worldwide”; and Mr. Patrick Braouezec, President of Plaine Commune, who defended the role of local governments in tackling “the challenges posed by the global process of urbanization – such as the growth of socio-spatial inequalities, the place of women and minorities or the under-representation of the poor and the marginalized – by committing to guarantee fundamental rights”. 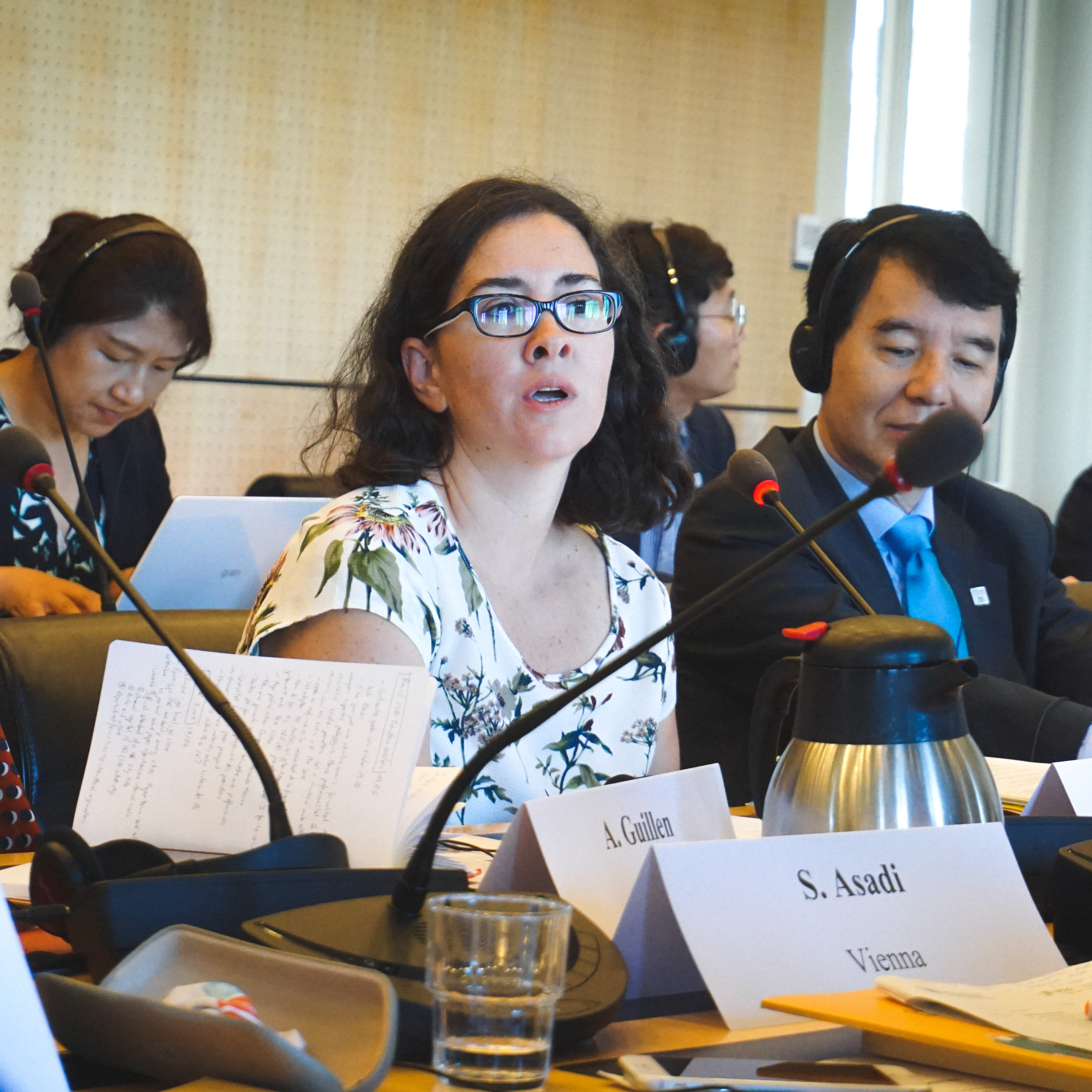 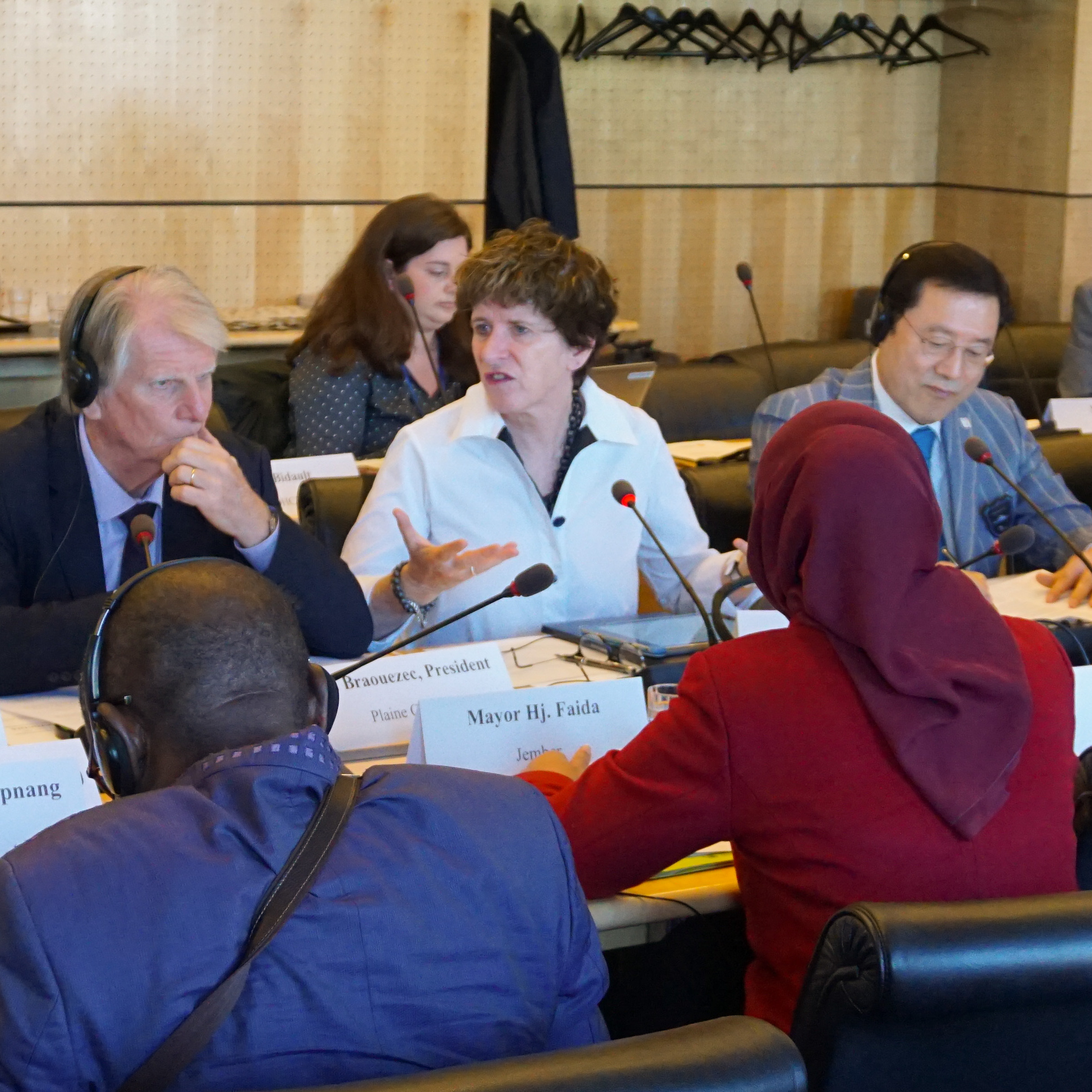 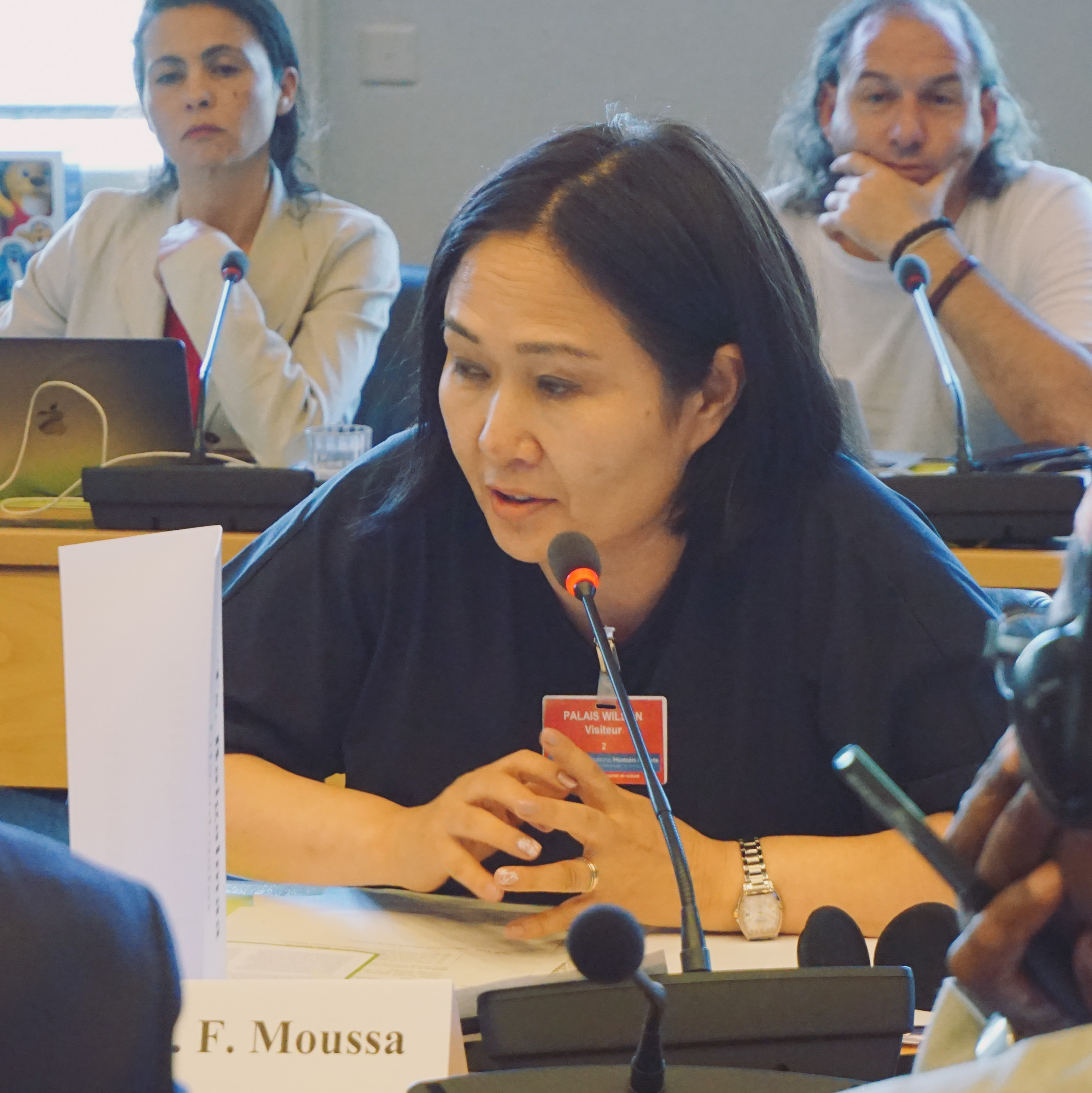 Guaranteeing social and economic rights was a key issue explored by many local authorities during the meeting. In spite of the lack of resources, many local authorities find innovative ways to carry out process of neighbourhood and public space improvement or securing access to basic services by cooperating with inhabitants, as shown by the mayors of Pikine (Senegal), Douala 3ème (Cameroon), Ariana (Tunisia) and Jember (Indonesia). These mayors also placed a particular emphasis on the need to tackle persistent forms of socio-spatial inequalities. Ulaanbaatar Councillor Ms. Baigalma mentioned similarly her city efforts to ensure a decent livelihood for all.

The issue of socio-spatial inequalities was explored through the lenses of cultural rights too by Rome’s Deputy Mayor, Luca Bergamo, who shared his city efforts to plan local cultural policies according to the needs of each neighbourhood. According to Mr. Bergamo, embracing cultural rights allows to “invigorate civic life and reconstruct social capital”, much in line with the ideas expressed by Geneva, Plaine Commune and Utrecht. Montevideo addressed spatial inequalities from a right to the city perspective, presenting the example of the “Fincas” project, which allows the city to uphold land and housing social function.

[ Read the full report of the event ]

Montevideo’s representative, Ernesto Beltrame, took this opportunity to present the work led by many Latin American local authorities on the issue of non-discrimination; a similar experience to that of SALAR’s online platform on local human rights policy. Mexico City presented its work on non-discrimination too, noting how two new local secretariats on women and indigenous people have been created recently to tackle urban and domestic violence, access to public space and work inclusion for women. Jember, Pikine and Montreal also showed concrete examples on how can local authorities protect women rights, and Barcelona noted how non-discrimination and feminism were integral parts of its human rights approach. Vienna also presented its human rights declaration and human rights office in this context. 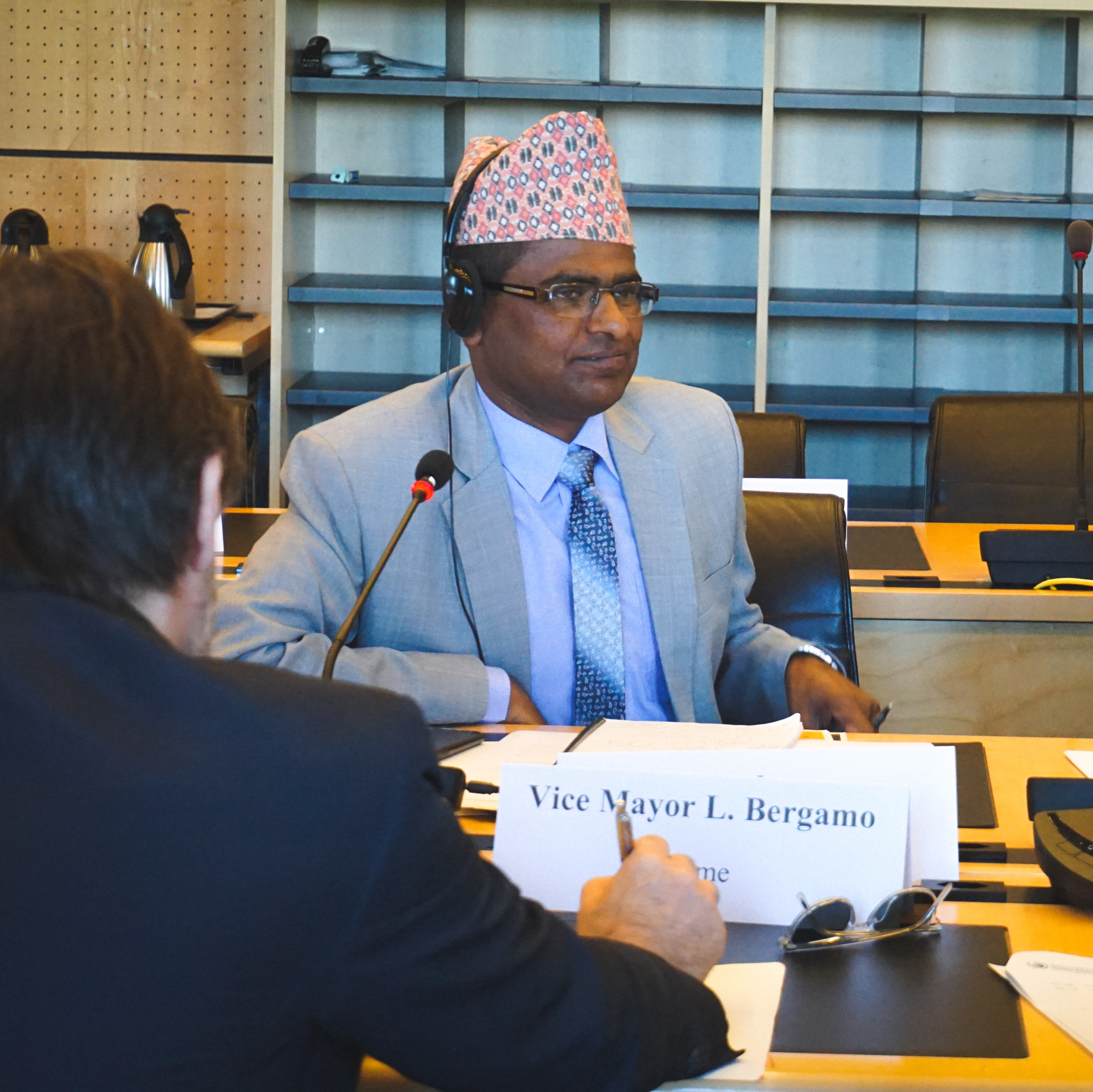 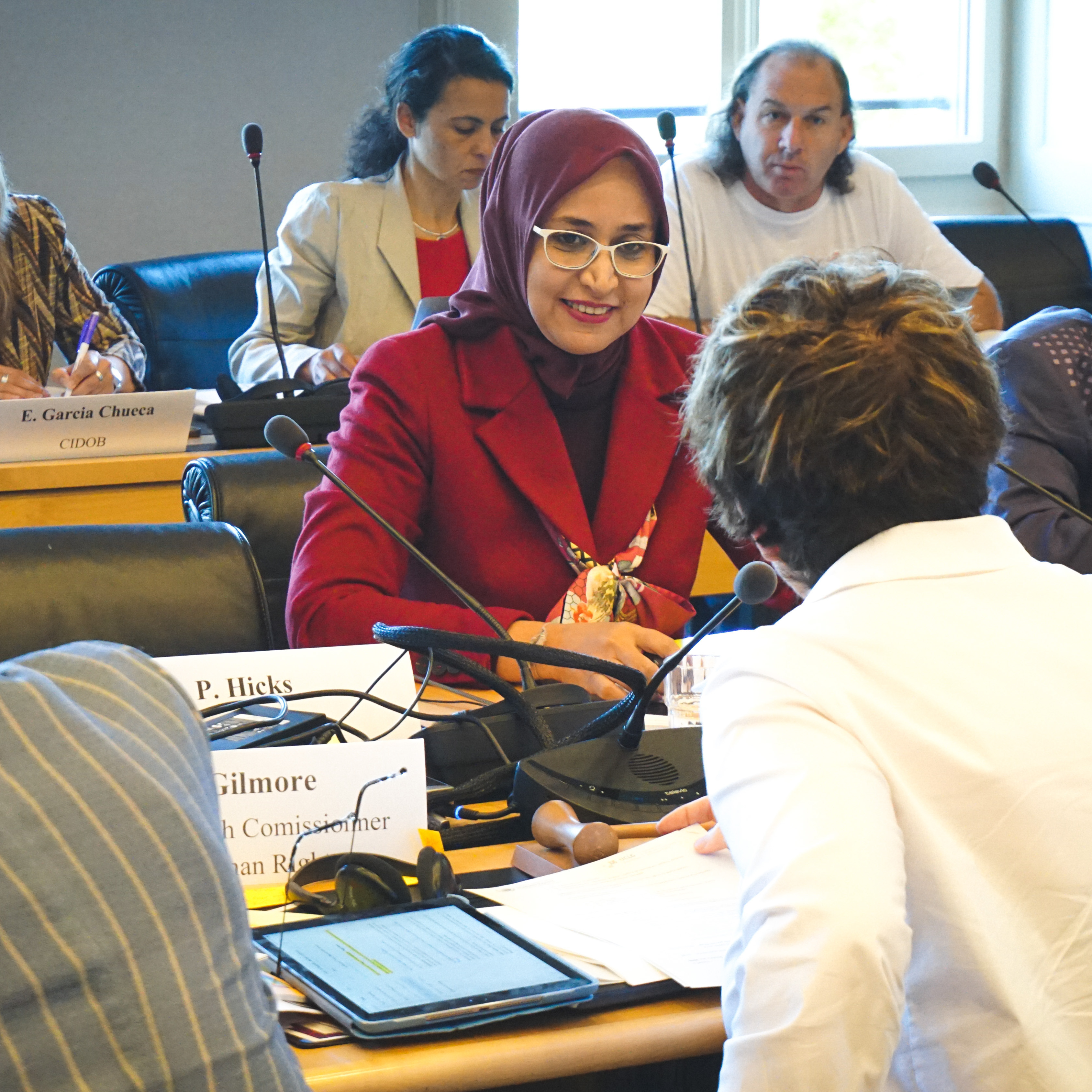 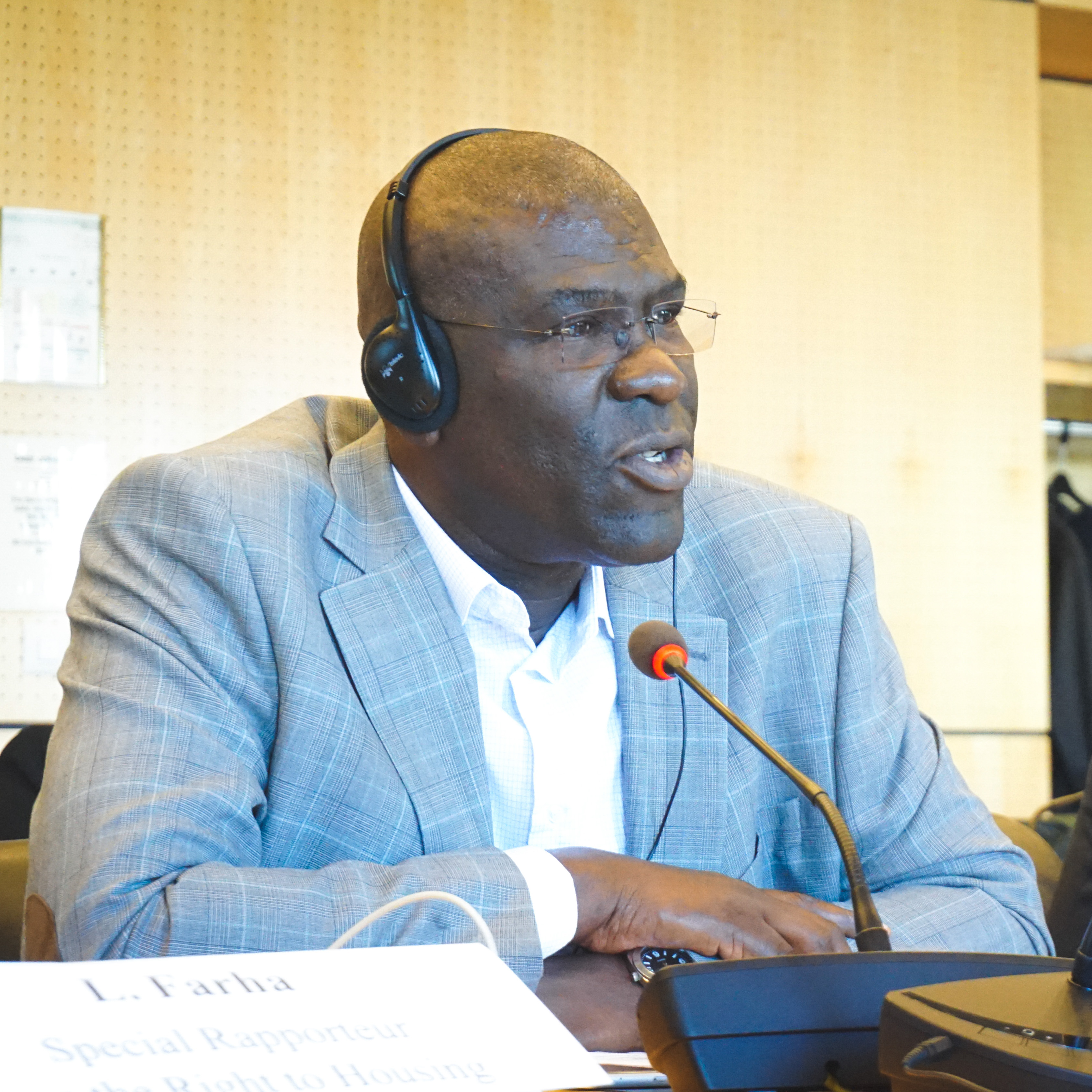 The experience of Atlanta in upholding human rights universality in regards to migration was not only a good example in terms of social inclusion, but also concerning the potential of city-to-city cooperation to guarantee civil rights face to Federal restrictive policies. Montreal was identified as a leading city in global discussions on human rights and migration, and Utrecht and Barcelona shared their experience in finding ways to reverse the negative effects or even challenge human rights-restrictive national policies. Similarly, Paris presented the initiative to create an international observatory aimed at protecting local elected officials under threat across the world: “Cities are the main expression of local democracy, which is the first form of democracy. If we are its expression, we must also become its guardian”.

Many local governments took this opportunity to express their willingness to establish a more sustainable relationship with the UN human rights system. Our co-chairs and active members stressed the key role of UCLG and our Committee in facilitating these discussions within the municipal movement. Lee Yong-seop (Gwangju’s Mayor) invited the UN Human Rights Council to support this process. As an active member, Barcelona invited local authorities to “take a step further” on international cooperation, noting how “cities can’t and shouldn’t do this alone”. In the same vein, Rome noted how “cities might help to mitigate the crisis of multilateralism and are ready to collaborate”.

Innovative ideas on how a closer cooperation between local authorities and the OHCHR would look like were presented by cities like Utrecht, who proposed new standards, systems for international assessment and reports on the local state of human rights, much in line with the ideas expressed by Vienna, who also proposed to invite local authorities to the UN General Assembly debate on human rights.

Montreal proposed the OHCHR to carry out capacity-building programs for local authorities’. The Mayor of Ariana, Fadel Moussa, recalled nonetheless how “our work on this topic must be concrete and well-connected to the needs of our citizens". Participants expressed their willingness to explore the interconnection between human rights and the SDGs but stressed the importance of not watering down human rights commitments through this process.

[ Read the full report of the event ]

Local government interventions where also enriched by the contributions of civil society partners in this process, such as the Global Platform for the Right to the City, the Raoul Wallenberg Institute on Human Rights and Humanitarian Law, the CIDOB program on Global Cities, the Human Rights Cities Network initiative, INFID, the Fundamental Rights Agency or the US Human Rights City Alliance. 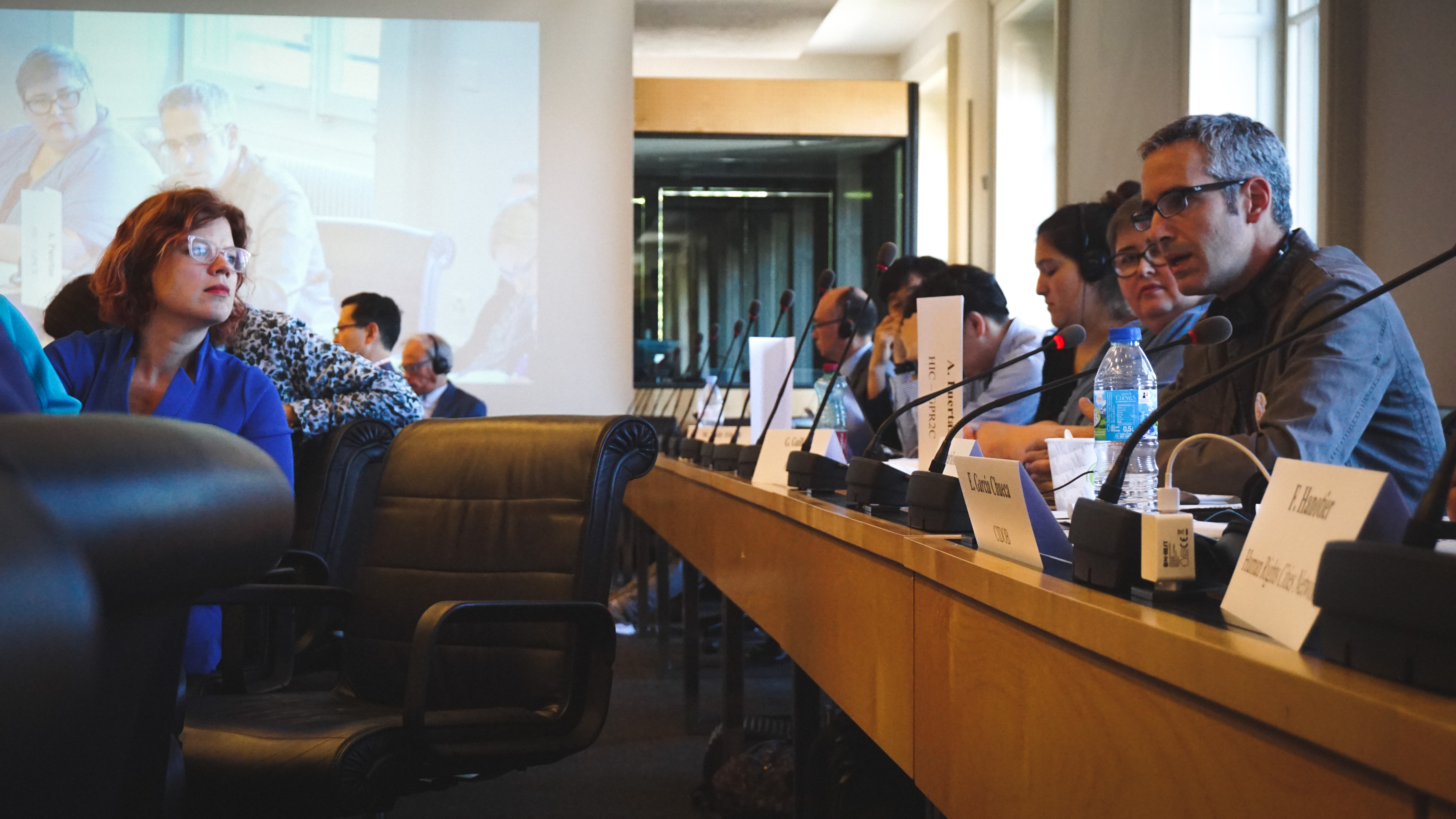 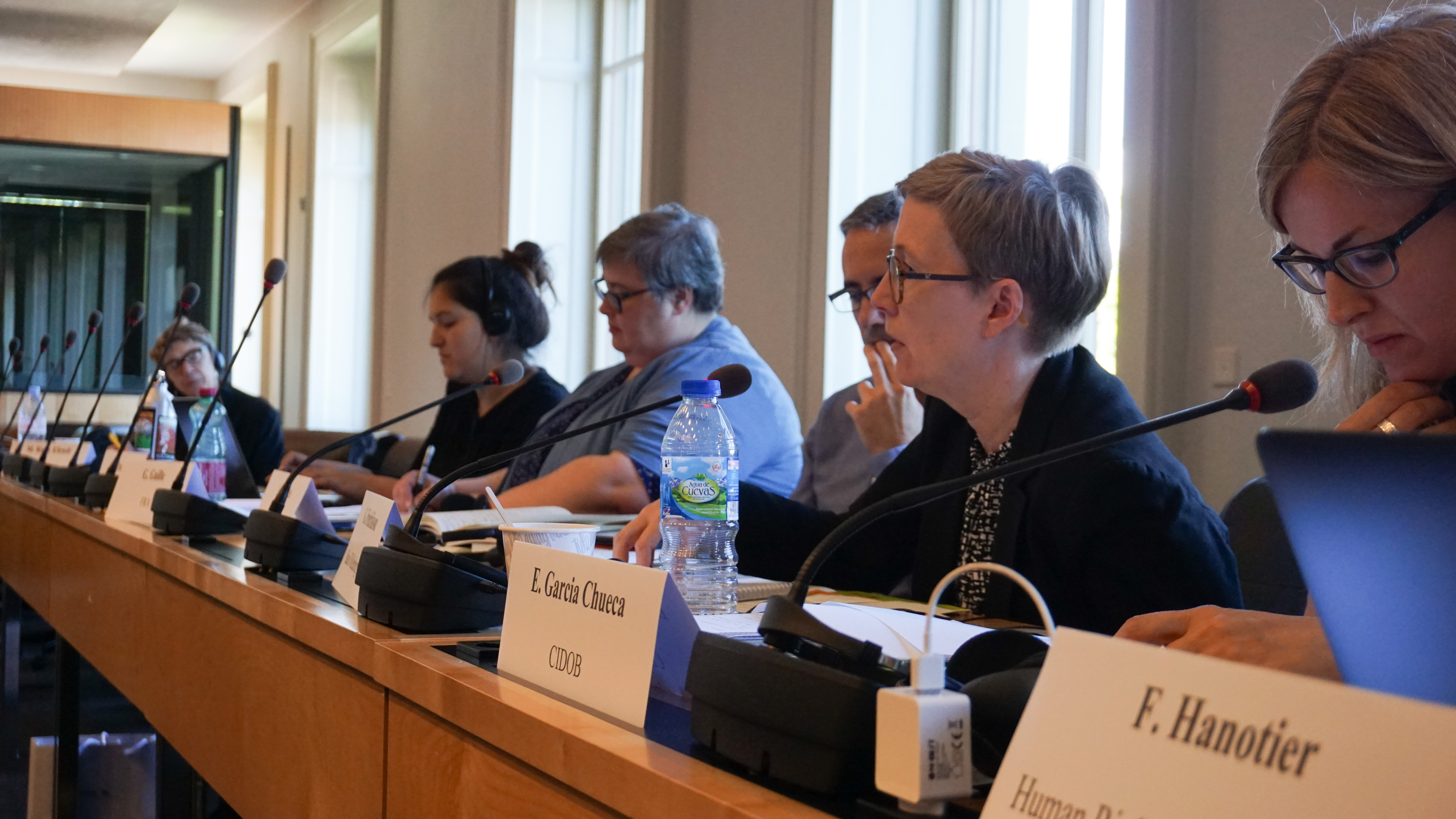 Next steps for the Cities for Rights movement

The meeting concluded by an invitation to the next UCLG World Congress, to be held in Durban – eThekwini next 11 – 15 November. As this paramount meeting for the global movement of local governments is set to define UCLG’s policy priorities for the next years, participants were invited to bring the outcomes of this discussion to Durban. The Committee and its co-chairs also invited participants to the World Human Rights Cities Forum (WHRCF), which will be held in Gwangju next 30 September to 3 October.