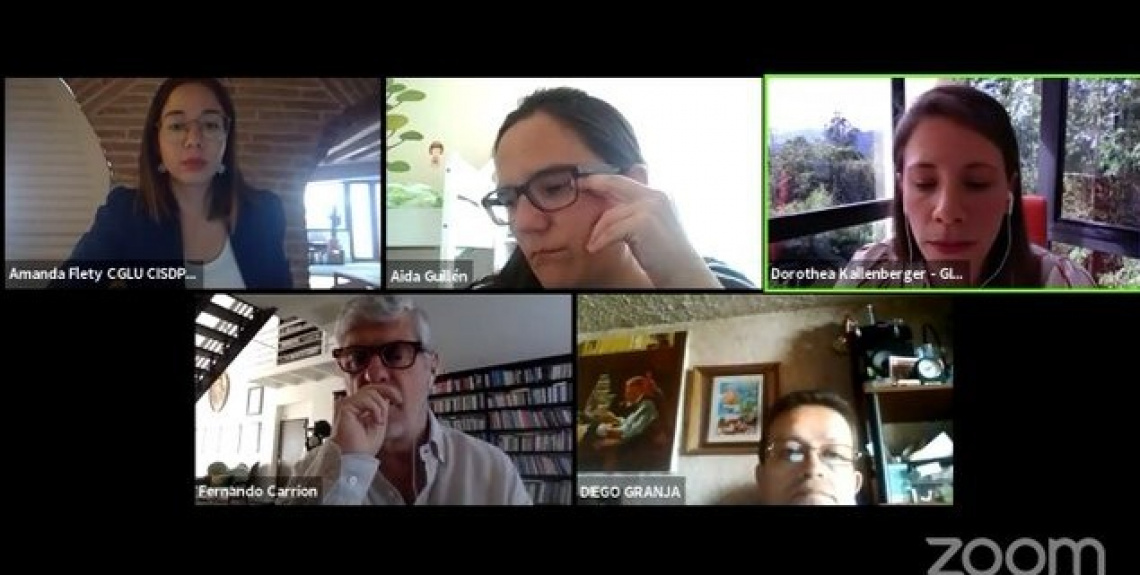 The meeting “Cities and Territories beyond COVID-19: A human rights-based resurgence” took place from June 14 to 19 with the aim of promoting the human rights city vision among local governments in Ecuador. It was attended by hundreds of local representatives from across the Andean country - many of which are already developing innovative policies inspired by human rights or the right to the city. The event was co-organized by our Committee altogether with several Ecuadorian and international institutions, like the Association of Ecuadorian Municipalities, the Ombudsman's Office, the German cooperation agency GIZ and the Global Platform for the Right to the City.

Last June’s event offered a meeting point for the sharing and strengthening of capacities of Ecuadorian local governments in the field of local human rights policies. This seminar was only the culmination event of a process started in 2018, with an initial event held in Quito that allowed to showcase those main human rights challenges faced by Ecuadorian municipalities (like the comprehensive improvement of informal settlements, guaranteeing access to basic services or developing non-discrimination measures). Of course, this process is also linked with the growing interest by Ecuadorian local authorities for concepts like the “human rights city” or the “right to the city” - the latter being officially recognized in the Ecuadorian Constitution of 2008 and widely discussed at the Habitat III Conference held in Quito in 2016.

Various contributions throughout the event showed the latest and meaningful advances by the Ecuadorian municipalities in this regard. Quito’s councilor Gissela Chalá shared the most recent priorities of the Ecuadorian’s capital local human rights protection system, which is placing an important emphasis on the protection of priority groups and non-discrimination. Quito also counts with a Council for the Protection of Rights grouping together government actors and civil society in order to reinforce coordination among them and promote joint action.

The mayor of Loja, Jorge Bailón, also shared his city's long standing human rights commitment, aimed at reinforcing mechanisms for citizen participation and access to basic services such as the right to water or the right to adequate housing. Mayor Bailón also shared the intention of Loja to become a human rights city.

“In the last twenty years, more and more cities in different parts of the world have adopted the human rights framework as an opportunity to provide new types of responses to citizens' needs. Now in Ecuador we have the opportunity to outline our own mechanisms to guarantee human rights, thereby transforming our urban and territorial agendas; prioritizing agendas for equality, democracy and transparency and attaining institutions that are closer to citizens ”

Sensitive to the different realities of Ecuadorian municipalities, the event featured specific sessions focused on various areas - from access to public services to non-discrimination and peace. This sought to identify concrete methodologies by which any local government, regardless of its size or capabilities, could incorporate the rights-based approach in its daily action, as well as take advantage of the concept of the human rights city to promote structural transformations in favor of more egalitarian, inclusive and sustainable cities.

Showcasing international experiences in the field

Various local governments and partners from the UCLG Committee on Social Inclusion, Participatory Democracy and Human Rights were invited to participate in various sessions of the meeting, in order to provide practical expertise and a suggestive international perspective to the topic at hand.

Barcelona, Mexico City and Bogotá, for example, shared their own local policies on human rights with a focus in three different areas: the first one, mainstreaming the human rights-based approach in municipal public action and promoting local mechanisms for the non-discrimination; the second, emphasizing those actions aimed at promoting peace and preventing violence through the development of a strong social agenda; and the third aimed at economic reactivation, being sensitive to the realities of priority groups. The Coalition LAC also provided a practical example of how cooperation between human rights cities could work: in this case, the concrete case of four Latin American cities coming together to develop their own action plans against discrimination. 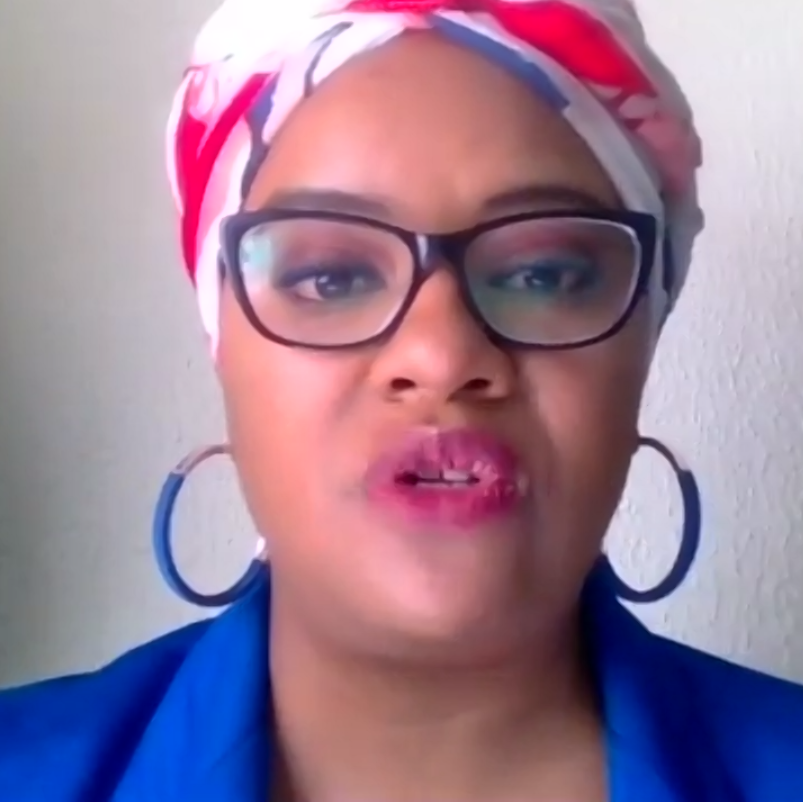 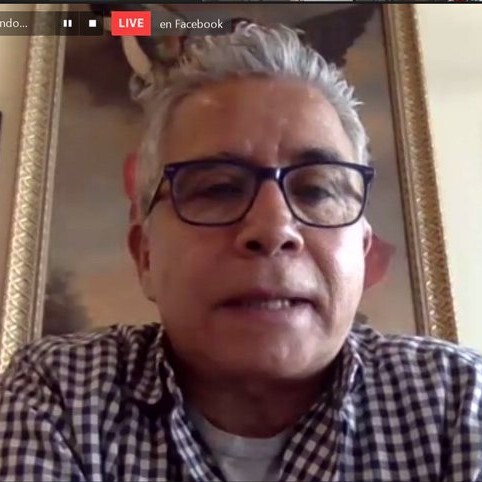 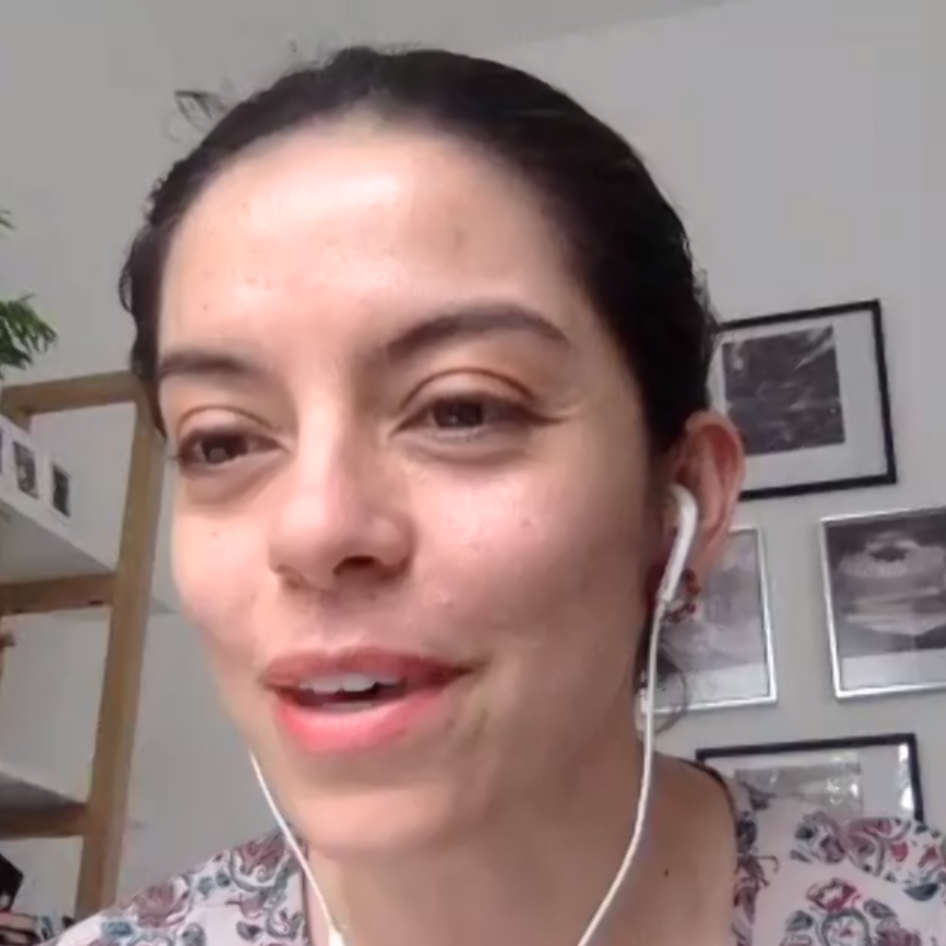 Several participants also emphasized the importance of recognizing the contribution of community-led action in the development of human rights cities. At the municipal level, Barcelona relies on an extensive network of local human rights CSOs to develop its human rights policies. The participation of a representative by the commons movement of Naples allowed to raise awareness on the concept of urban commons and showed the potential of grassroots action to promote improvement processes or the creation of care services networks.

The notion of citizen participation was also addressed by many other participants as key for other aspects of territorial development. The Global Social Economy Forum representative emphasized the potential of social and solidarity economy to promote fairer and more inclusive cities through the reframing of how local economic development works; while representatives from Cities Alliance and COiNVITE highlighted the potential of participatory approaches to neighborhood improvement and access to adequate housing.

A framework for transformation in the #BeyondTheOutbreak era

Although June’s meeting was focused on promoting human rights and the right to the city in the territorial agendas of the Ecuadorian municipalities, it also allowed their representatives to share their responses to the COVID-19 crisis. It therefore brought together various crisis management models, as well as local governments’ priorities for the future.

The meeting offered a platform to rethink the era that will follow the pandemic from a human rights and right to the city perspective, covering emerging social inclusion and economic policies. Sustainable mobility or economic reactivation were for instance widely discussed, showing the growing awareness and willingness to innovate from Ecuadorian local governments. Cuenca and Esmeraldas shared several initiatives in this regard, such as the reinforcement of urban bicycle lane systems or the promotion of new forms of commercialization of local agricultural production. The fight against violence against women was also identified as a priority.