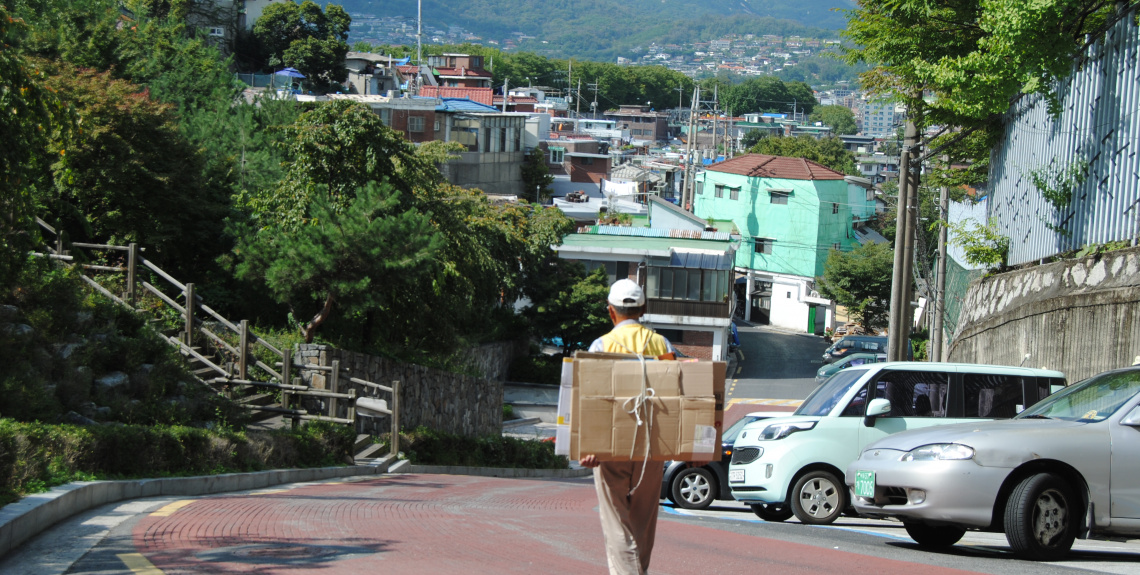 After attending the 2017 edition of the World Human Rights Cities Forum organized by the city of Gwangju, our Secretariat visited Seoul to meet with municipal agencies and grassroots organizations defending Human Rights and the Right to the City. On this occasion, and thanks to the support of our partner organization Global Social Economy Forum - GSEF, Committee representatives were able to encounter the grassroots initiative Longevity Town: activists defending their Right to the City and their Right to Housing in a small neighborhood at the heart of South Korea’s capital city.

Longevity Town neighborhood emerged throughout Korea's fifties and sixties as a new home for newcomers to the city. At this time, waves of people from Seoul’s surrounding hinterland established their self-constructed houses in the former northern limit of the city; today, close to the heart of one of the most populated metropolitan areas in the world, inhabited by almost 25 million people.

During the process of urban transformation, lived in Seoul as in most major metropolitan areas of the world, residents of Longevity Town experienced profound changes in their environment, some of which seriously threatened their way of life and their Right to remain in the city. As in many other fast developing cities, the construction of large residential complexes and infrastructures very often entails the destruction of traditional urban fabric and expulsion of dwellers.

It was at the climax of this process, when the forces of real estate really threatened to expel the neighborhood founders and dwellers, that a group of activists for the Right to Housing and the Right to the City launched an initiative to protect Longevity Town and revitalize its urban environment, inhabited mostly by senior people. 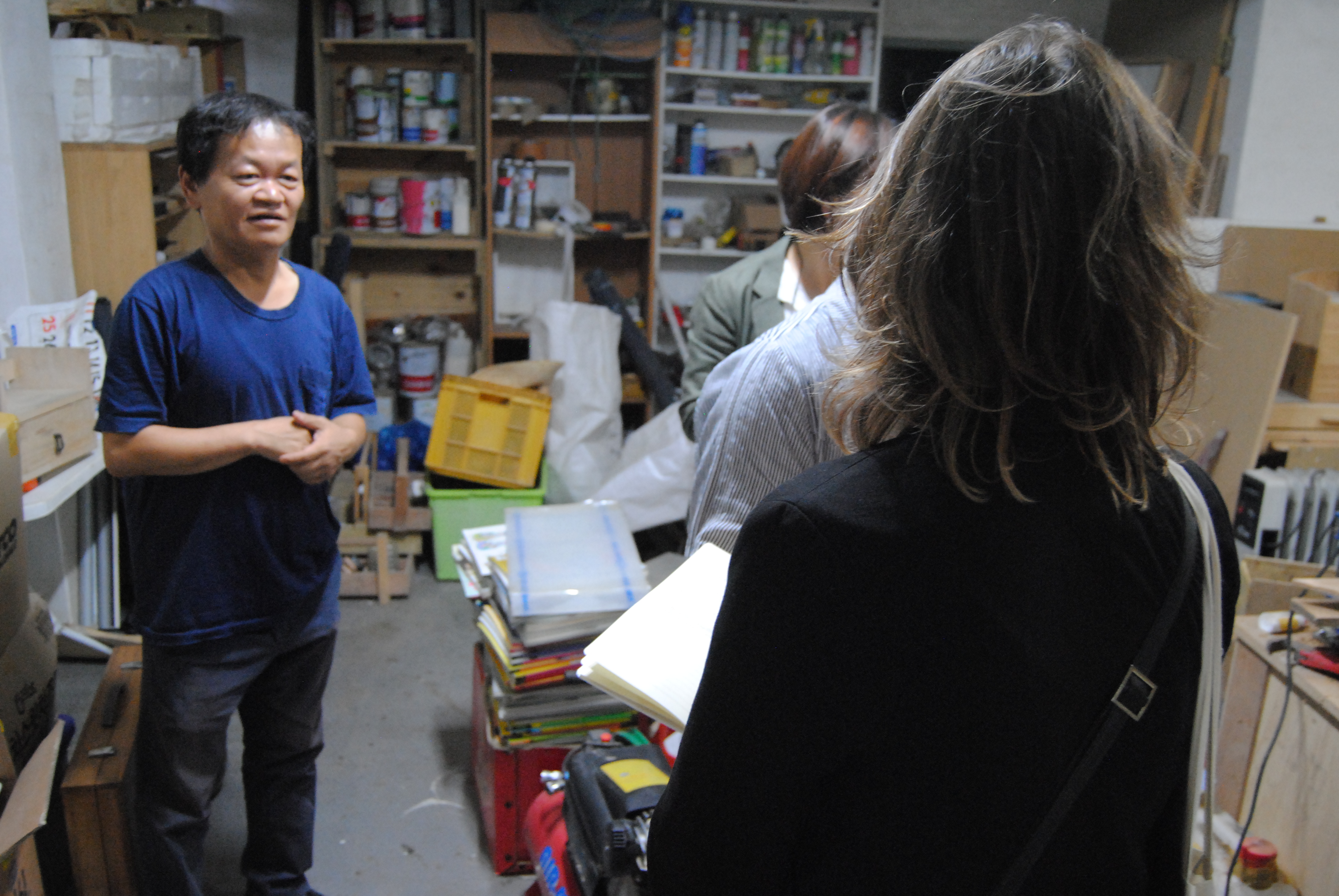 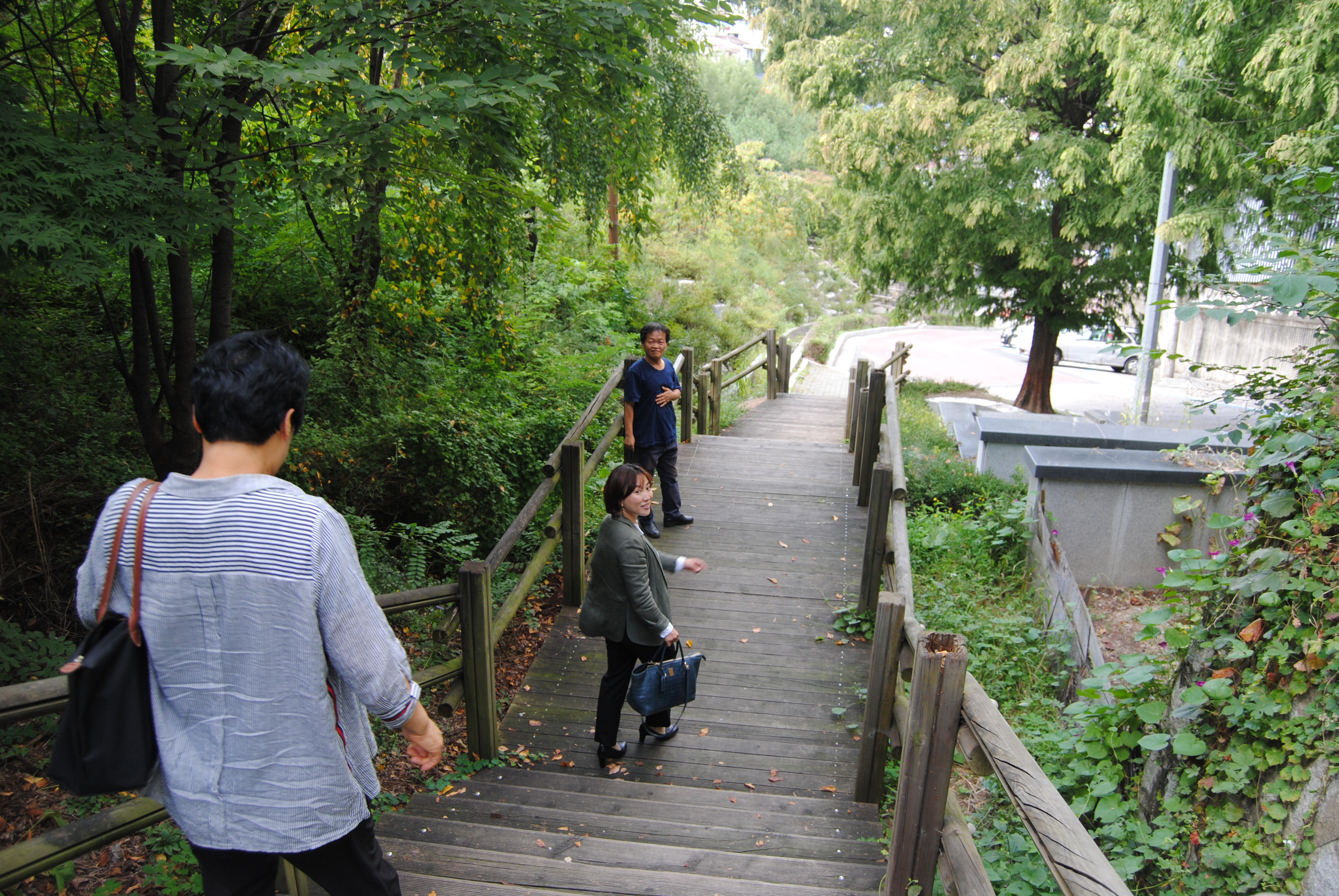 Longevity Town representatives met by the Committee shared the origins of their claim: with the neighborhood degradation and the proliferation of speculative dynamics around housing, metropolitan activists on alternative housing engaged with local neighbors with a view to assess their capacity to protect and revitalize the neighborhood and the traditional habitat as an alternative to the model posed by speculators, who sought to build massive housing promotions similar to those that proliferating today all around Seoul.

After a participatory process, neighbors made their choice for rehabilitation based on their abilities and their needs.

In order to dignify Longevity Town’s habitat, activists started to provide technical support for rehabilitation, organization and community vitalization. Activists supported those residents with little means or capabilities to start reforms in their houses or the streets by their own, opening a participatory workshop where they identified those who knew what to do and those who needed support in terms of rehabilitation. With the rehabilitation of empty houses, some activists (often young people) managed to gain access to a home for themselves, something that not only fulfilled a function of revitalizing the neighborhood, but was also instrumental to stop the initial intention of speculators on Longevity Town urban land.

After the initial success, more and more neighbors joined the initiative, consolidating the necessary support to undertake more ambitious projects, such as textile manufacturing groups (in line with social economy premises), urban art for neighborhood improvement, celebration of festivals for revitalizing the area or even advocacy initiatives towards local authorities to achieve better energy supply, tackling gentrification and the proliferation of tourism or even gaining a better access to public transport services. On the other hand, the project established permanent mechanisms for co-decision in which all the neighbors have voice. Those mechanisms equally seek to engage those that are yet left out of the process. 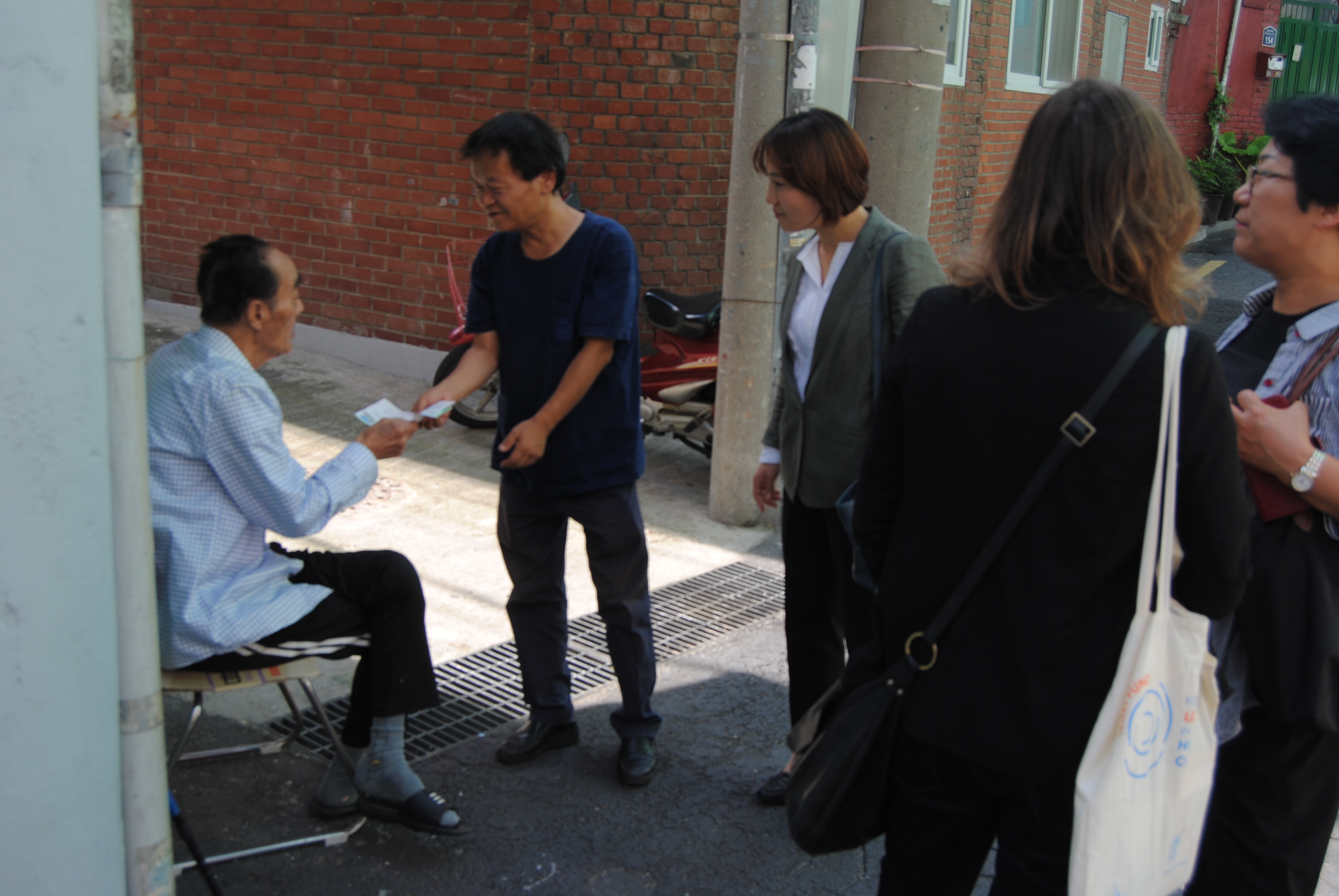 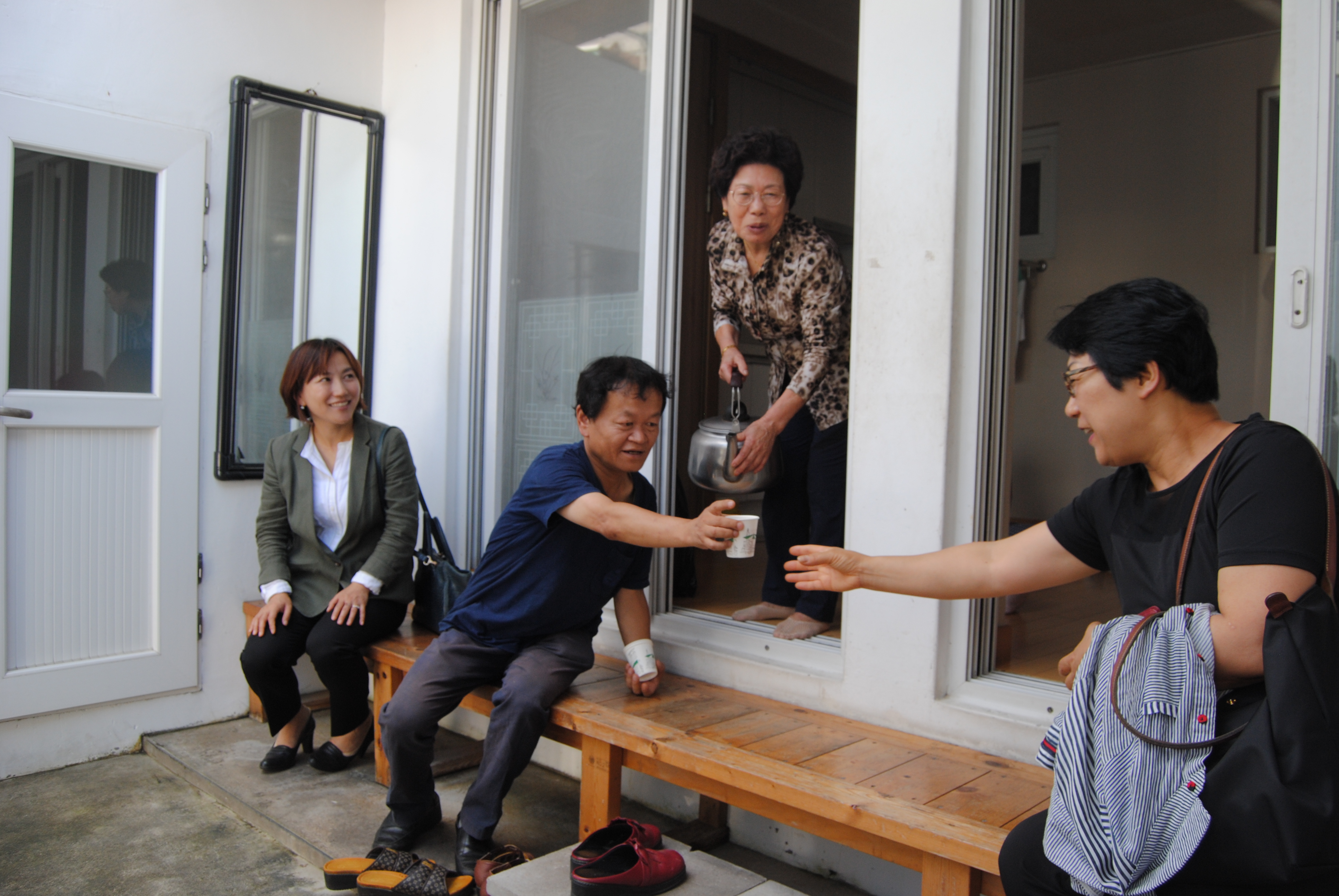 In perspective, activists remark how their movement has already won the support of Seoul's Metropolitan Government, which has given economic support for the rehabilitation of housing in the area. As a consequence, the city is now committed to protect the area against urban speculators (conferring a special status to Longevity Town as historic district) and includes activists in legislative processes that are relevant to the project.

At the current moment, activists and neighbors still express their concern about the trends that have always threatened the neighborhood - essentially, real estate speculation and housing commodification - as well as regarding new challenges, such as gentrification. Indeed, neighborhood improvement - as well their proximity to tourist sites, such as the old city wall - poses a real threat to Longevity’s Town sustainability in terms of affordable housing, as these processes may end up by increasing housing prices and rise a renewed interest among housing developers, something that may end up by expelling its neighbors definitively (as it has already happened in other parts of the largest South-Korean metropolis).

Activists point out, however, on how Seoul is fully engaged in promoting social economy and its traditional urban fabric. In spite the fact that this process might take some time to scale up, activists consider these as positive trends. In any way, it is in urban environments like Longevity Town where the conjugation between dynamism and tradition, youth settlers and the respect for those that have long been established, can offer sustainable alternatives at the level of metropolitan areas. 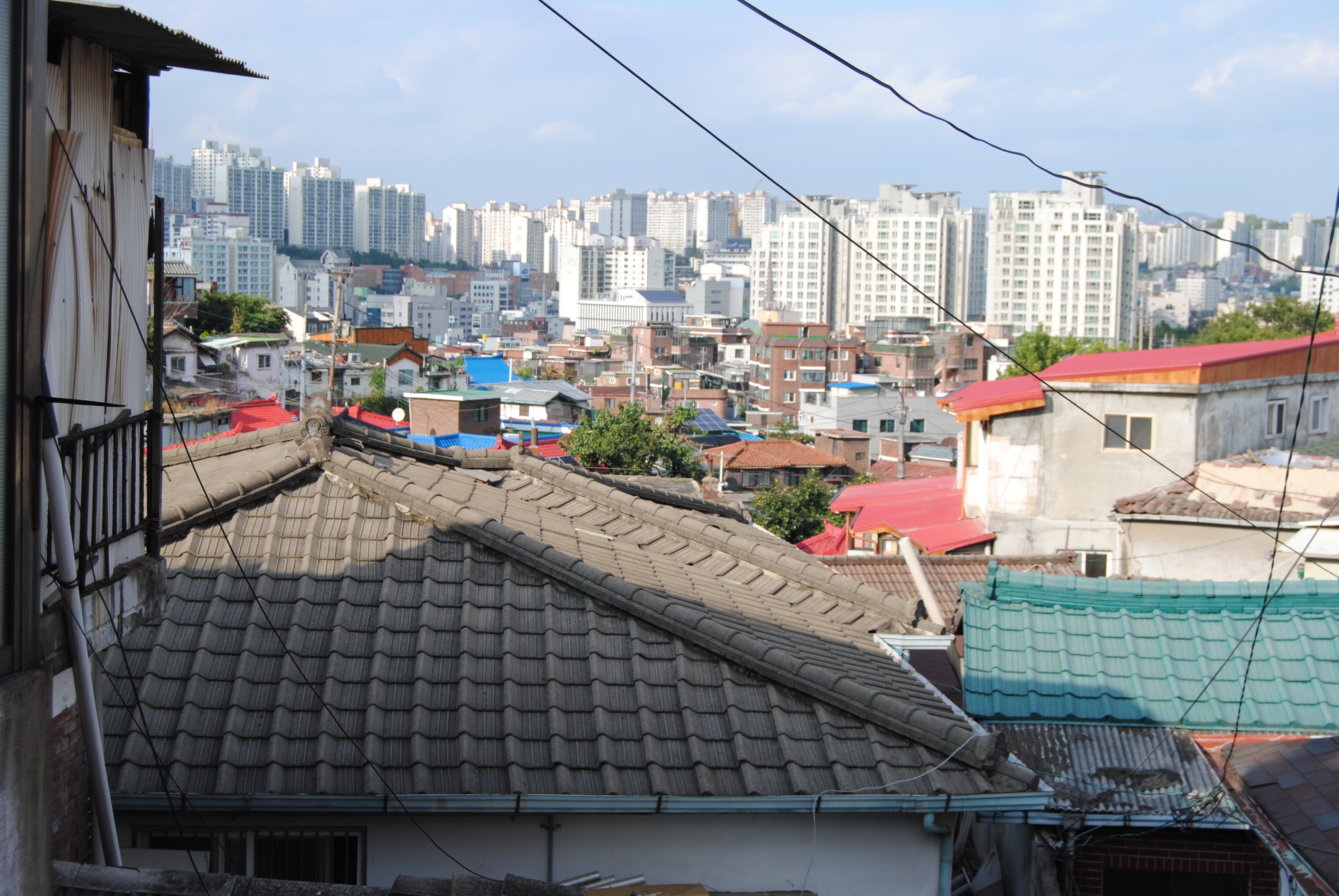 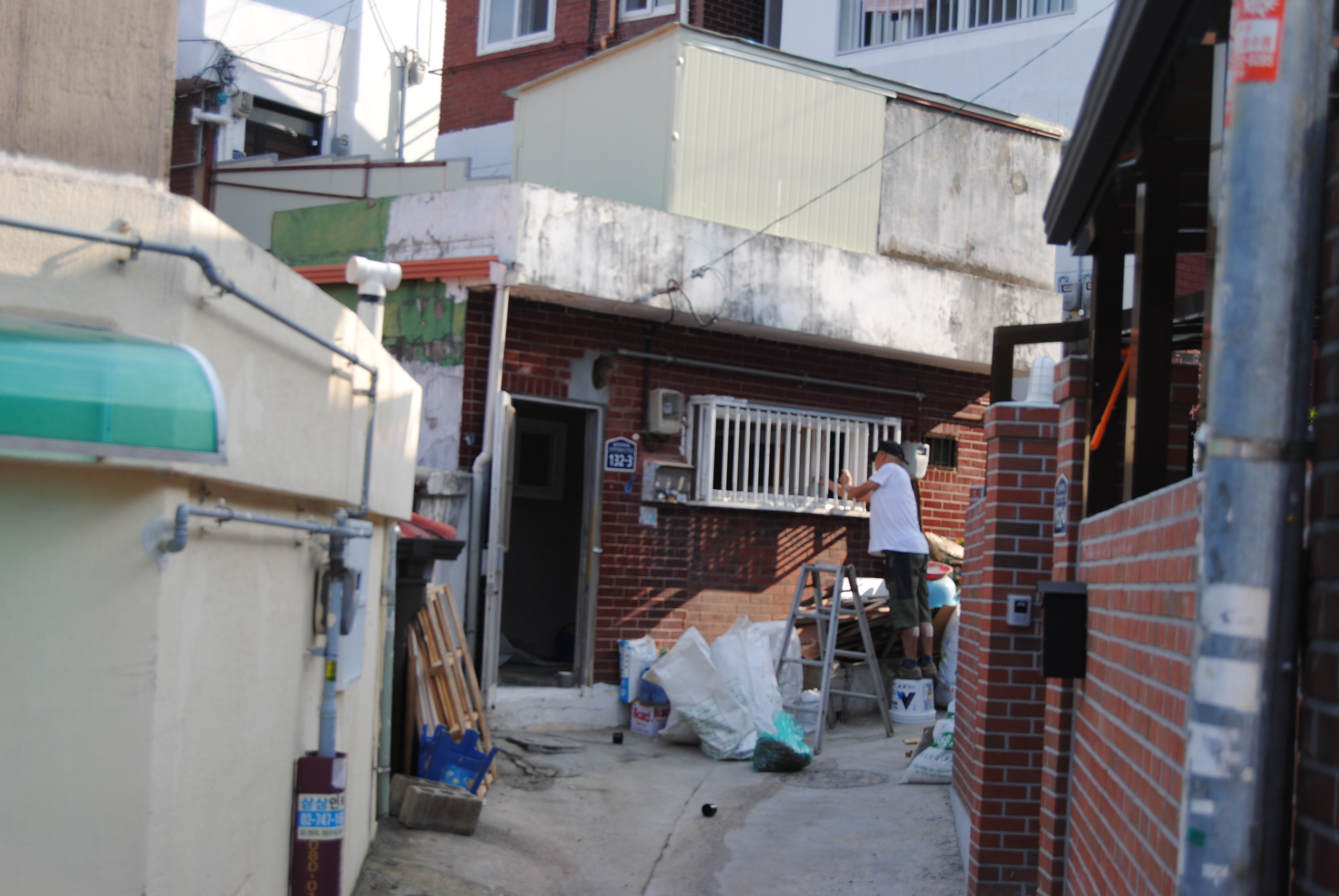 Activists also value the fact that, although "Seoul has transformed into a forest of large buildings and hotels, it is now rare to find a traditional neighborhood with people fascinated by history and the city, older and younger", something that "gives a great social value to the city". In regards to the Right to the City, they also pointed out how "face to the urban jungle of steel and concrete, they defend alternatives based on humanity", agreeing on the fact that the fight for the Right to the City is a global challenge, and that those movements that struggle to achieving a more humane city are built on the basis of sacrifice, participation and the effort of activists and civil society organizations.