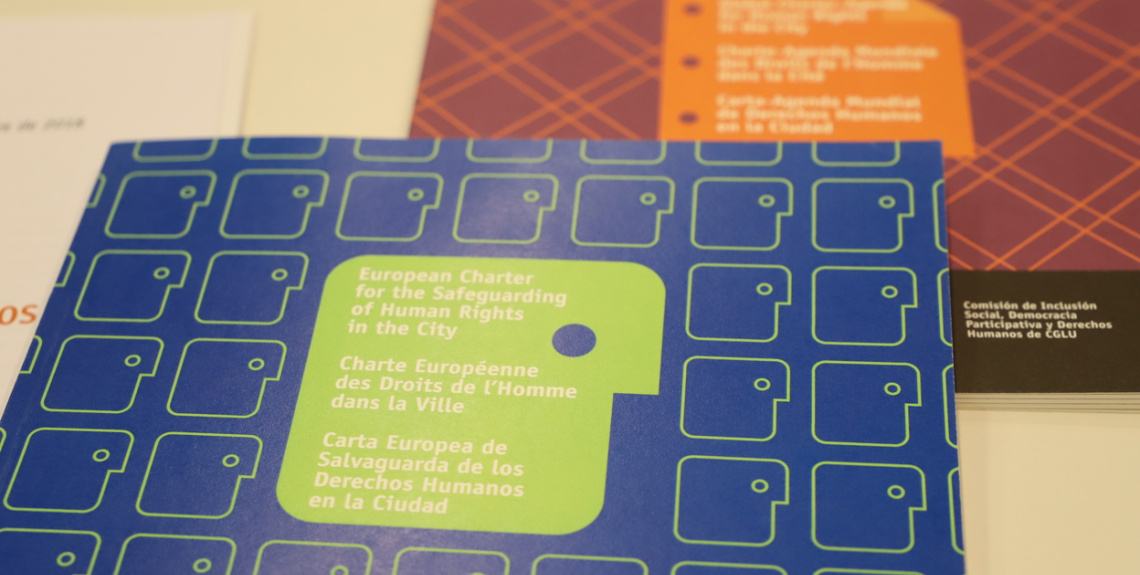 Throughout 2018, the Executive Secretariat of the UCLG Committee on Social Inclusion, Participatory Democracy and Human Rights has carried out a monitoring process on the implementation of the European Charter of Human Rights in the City (ECHRC) among its 365 signatory municipalities. This initiative was promoted by several Committee members and sought to assess the present situation of local human rights policies in Europe. It contributed to relaunching human rights networking in the framework of the Committee.

Local policies for human rights in Europe: A myriad of initiatives and approaches

Responses to the questionnaire highlighted the important role human rights play in the discourses and practices of many European cities. Asked about the policies implemented, most cities showed a strong commitment in developing awareness-raising campaigns and training local officials. Concrete human rights implementation initiatives - such as an anti-discrimination laws or the development of strategies for the protection of minorities or the social inclusion of vulnerable groups - were also proposed.

The observed trend indicates an increased consolidation of local systems for human rights promotion, despite incomplete decentralization frameworks or the lack of strong multi-level coordination mechanisms on human rights governance in many of the territorial contexts analyzed.

Regarding the ECHRC, it should be noted that most cities were familiar with the document and implemented it through several local actions and commitments. Awareness campaigns, training programs for local workers, reviewing local legislations or establishing citizen mechanisms to give follow-up to local human rights policies were among the most recurrent responses in this regard.

The workshop organized by the CSIPDHR on 11 December in Barcelona made it possible for several participating local governments to analyze and debate around the questionnaire findings. Signatory cities met in this context an enlarged group of European local authorities promoting human rights policies (even though they didn’t sign the ECHRC at its time).

For more information on this process, you can consult the minutes of the Local Government Meeting held in Barcelona on 11 December or contact the Committee Secretariat directly.