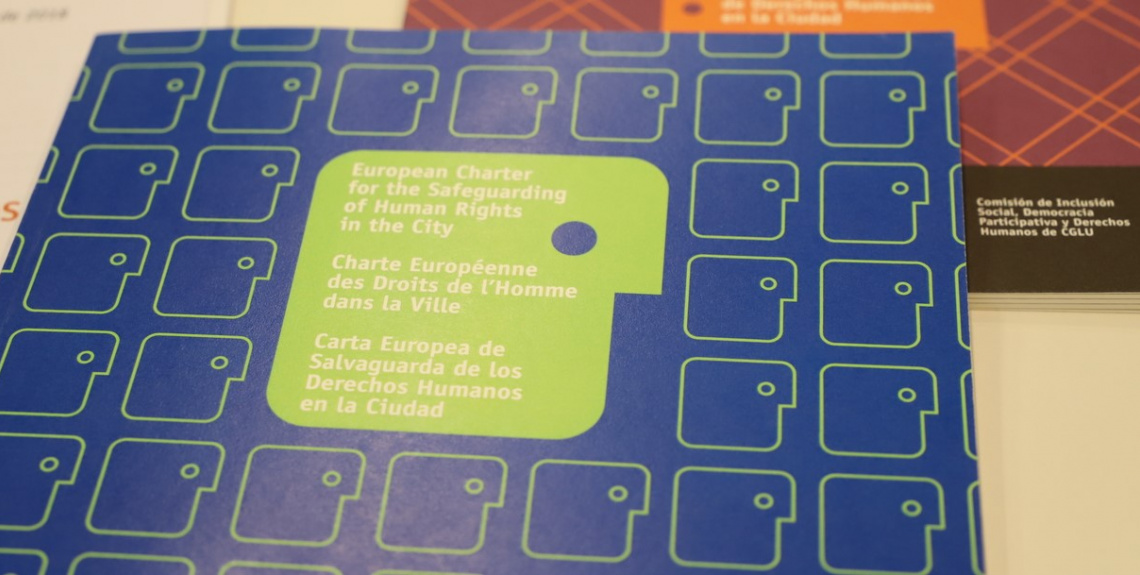 The European Charter for the Safeguarding of Human Rights in the City is a foundational documents of the human rights cities’ movement in Europe and the rest of the world. It provides a unique framework to understand and advance human rights at the local level, including a compilation of key human rights and policy mechanisms to advance their implementation from a local government perspective. Throughout the last two decades, it has been signed by more than 360 local authorities across Europe, gathering new adhesions to the document up to date. Reach our Executive Secretariat should you be interested in joining.

The European Charter for the Safeguarding of Human Rights in the City (Saint Denis, 2001) is the result of the preparatory work initiated in Barcelona in 1998 in the framework of the Conference “Cities for Human Rights”, which was organized to commemorate the 50th Anniversary of the Universal Declaration of Human Rights.

Hundreds of Mayors and political representatives participated in the event and united their voice to call for a stronger political acknowledgement as key actors in safeguarding human rights in a highly urbanised world.

Participating cities adopted the “Barcelona Engagement”, consisting of a roadmap to draft a political document aimed at fostering the respect, protection and fulfilment of human rights at local level.

« The commitment which we undertake concerns all people of today. It does not claim to be exhaustive and the breadth of its application depends on how far the citizens make it their own. It is merely an outline response to the aspirations of those citizens, aspirations which arose in the cities. This Charter will enable all citizens to access their rights, and local government to facilitate their delivery and to recognize and put an end to any violations of those rights »

During the two proceeding years, the European Charter for the Safeguarding of Human Rights in the City was drafted as the result of a plural dialogue between European cities, civil society representatives and human rights experts. The draft was discussed and finally adopted in Saint-Denis in 2000. Several biannual conferences were held throughout the years to share the progress made by signatory cities to implement the Charter: 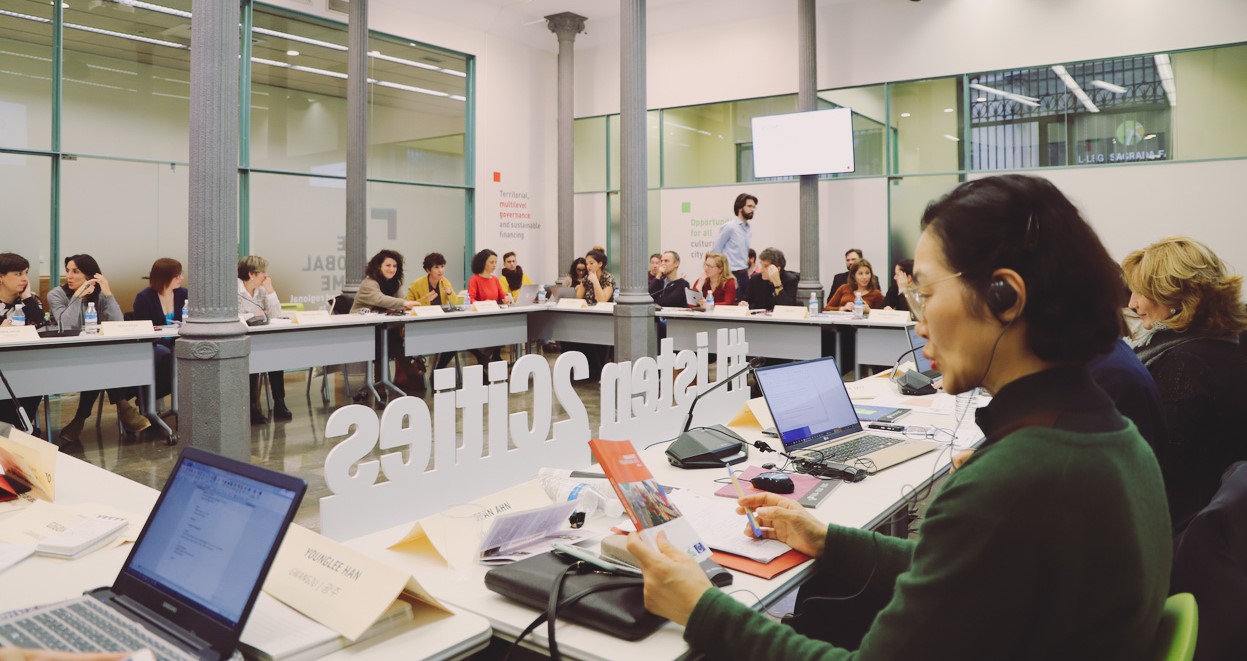 After the conference in Geneva (2008), the most active cities in the network decided to entrust the promotion of the European Charter for the Safeguarding of Human Rights in the City to the world organization of cities, United Cities and Local Governments (UCLG), through its Committee on Social Inclusion, Participatory Democracy and Human Rights.

The Committee, initially under the political leadership of the Provincial Council of Barcelona (Spain) and subsequently the city of Nantes (France), was working since 2006 on the production of a municipal charter of human rights with a worldwide scope, the Global Charter-Agenda for Human Rights in the City. UCLG formally adopted this charter in 2011.

Follow-up process carried out in 2018

On the occasion of the 20th anniversary of the Barcelona Conference which led to the adoption of the European Charter, our Committee carried out a follow-up process aimed at addressing the levels of implementation of the Charter and future perspectives by signatory cities. More than 30 European local authorities sent their contributions to the process.

A final workshop, the “Meeting of European local governments for human rights”, was held on December 11 2018 at the UCLG headquarters to conclude this process. This meeting focused on assessing the challenges and cooperation opportunities for human rights cities and territories in Europe and beyond in the coming years. 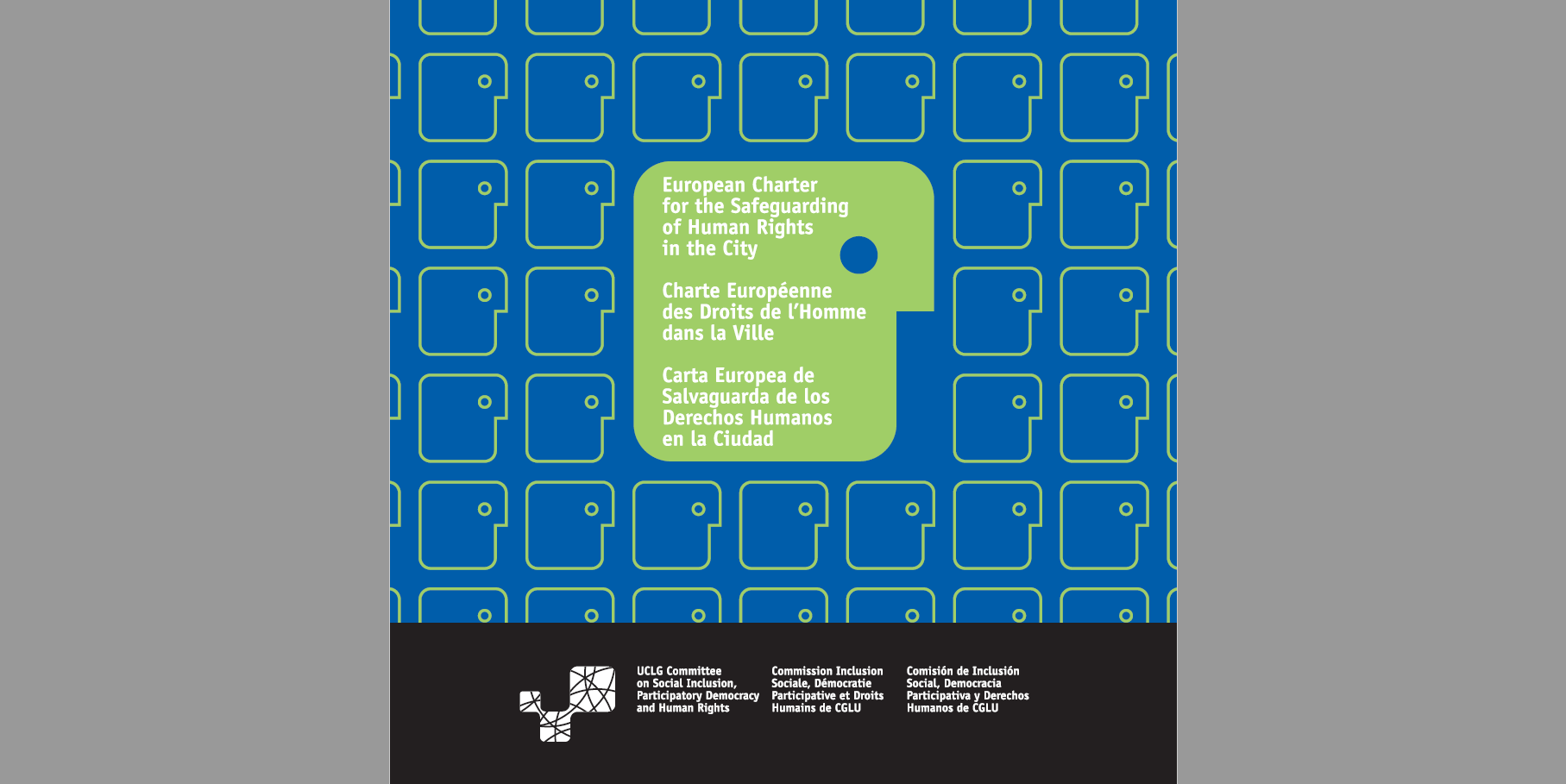