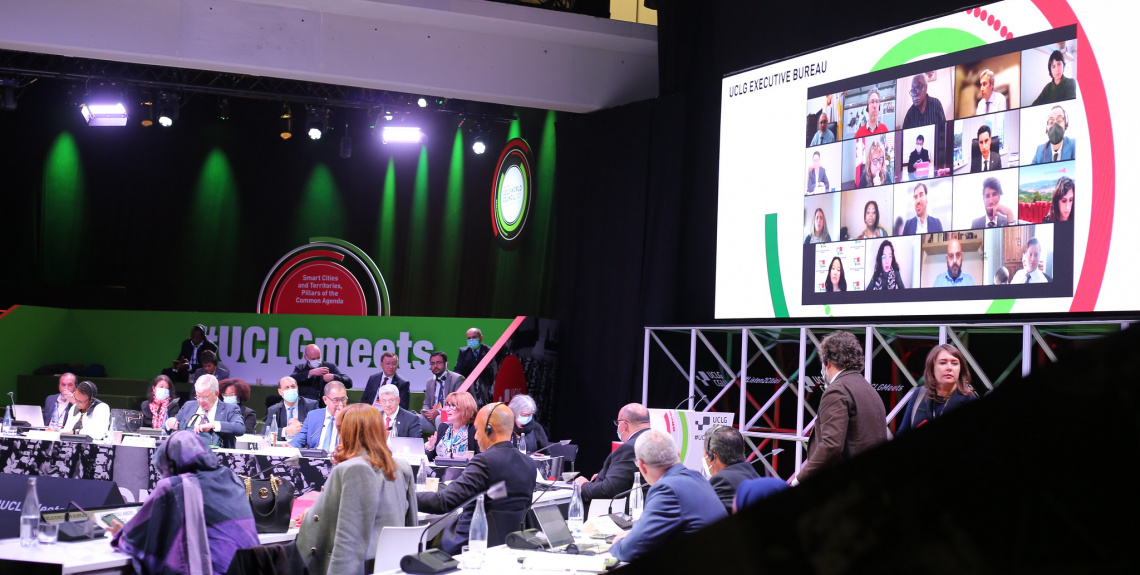 The 2021 edition of the UCLG World Council held in Barcelona from 15 to 18 November saw the official presentation of a letter of agreement between UCLG and the Office of the UN High Commissioner for Human Rights (OHCHR). This landmark document (advanced through the CSIPDHR coordination) contains ten points setting a common agenda for cooperation and concrete action. Accordingly, this document will play a key role in advancing the “local governments and human rights” agenda in the coming period.

The letter of agreement was presented to the UCLG World Council by the former UN High Commissioner for Human Rights, Michelle Bachellet. In her intervention to the UCLG World Council, the High Commissioner recalled how local governments are at the forefront in addressing key social demands, promoting people-centred approaches that help ti renew the idea and practice of social contract. The High Commissioner highlighted several examples of meaningful local practices in key areas such as the inclusion of migrants, access to adequate housing or women rights.

The High Commissioner stressed how the existing cooperation between the OHCHR and UCLG would be strengthened through the adoption of this letter of agreement, compiling 10 cooperation pathways and action proposals. These include: organizing regular meetings with local governments; organizing training and capacity building events; promoting good practices. The letter of agreement will also contribute to the vision inscribed in the “Our Common Agenda” roadmap by the UN Secretary General, towards achieving a more inclusive multilateral system.

The words of the High Commissioner received an enthusiastic reception by members of the UCLG World Council, including the leadership of our Committee (which was also present and took an active role in the event).

The Mayor of Grigny and co-president of the UCLG-CSIPDHR, Philippe Rio, argued how “through the agreement between UCLG and the OHCHR, we look forward to inspiring more territories across the world to promote human rights values in a meaningful and determined way”. The Alderman of Utrecht and co-president of the UCLG-CSIPDHR, Linda Voortman, argued how this agreement will help “enhance communications and participation between local governments, UN Human Rights bodies and UCLG, (...) while giving more visibility to local innovations and engagement on human rights”.

The UCLG-CSIPDHR will provide follow-up to this roadmap in the coming period. This will of course open up interesting opportunities for members to participate in global human rights discussions.

Reach the UCLG-CSIPDHR Secretariat to know more about next steps.