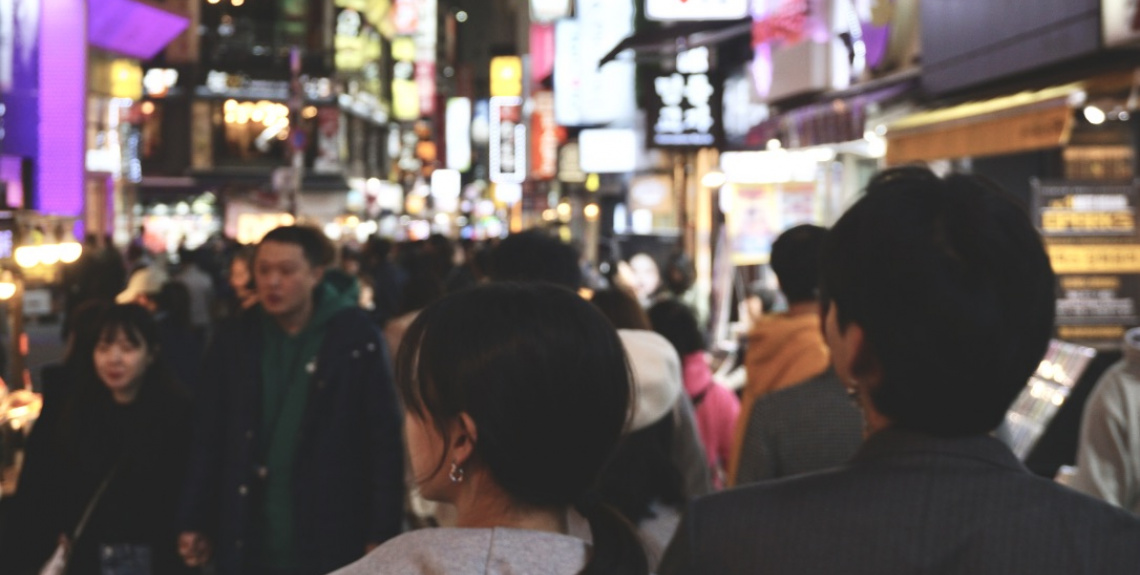 Almost seven years after the creation of its Human Rights Department, Seoul (9.8 million inhabitants) has managed to consolidate a pioneer municipal human rights system. After a successful implementation of its first “Human Rights Policy Master Plan” (2013 - 2017), South Korea’s capital city is now set to implement a second, local human rights master plan with more ambitious objectives. Tackling discrimination, sexual harassment, violent forced evictions or social inequalities are among the measure’s top priorities. In the following lines, the Committee’s Secretariat interviews Seoul’s Human Rights Department in order to know more about this Plan and the city’s priorities and proposals to the network:

Interview with the Human Rights Department of Seoul

Q1: How come Seoul started to develop human rights policies? What have been your objectives and priorities throughout this time?

The Republic of Korea experienced gross human rights violation on the time of Japanese colonial period and military regime. This experience marked of course our relationship with human rights and highlighted human rights importance among our society.

Half a century later, in October 2011, a human rights lawyer was elected as Mayor of Seoul. This event kicked-off a period of effective human rights policies implementation. In September 2012, a Human Rights Department was first established through a municipal ordinance. In August 2013, our municipality adopted a first “Human Rights Policy Master Plan” (2013 - 2017) which acted as a 5-year roadmap for human rights policy in the city.

Seoul has recently established a second “Human Rights Policy Master Plan” (2018 - 2022), focusing this time on expanding human rights in every part of citizens’ life. To do so, we aim at creating human-friendly public spaces, spreading human rights culture and raising awareness on the need to respect differences. By strengthening human rights governance and institutional consolidation, we seek to become an inclusive and participatory human rights city. 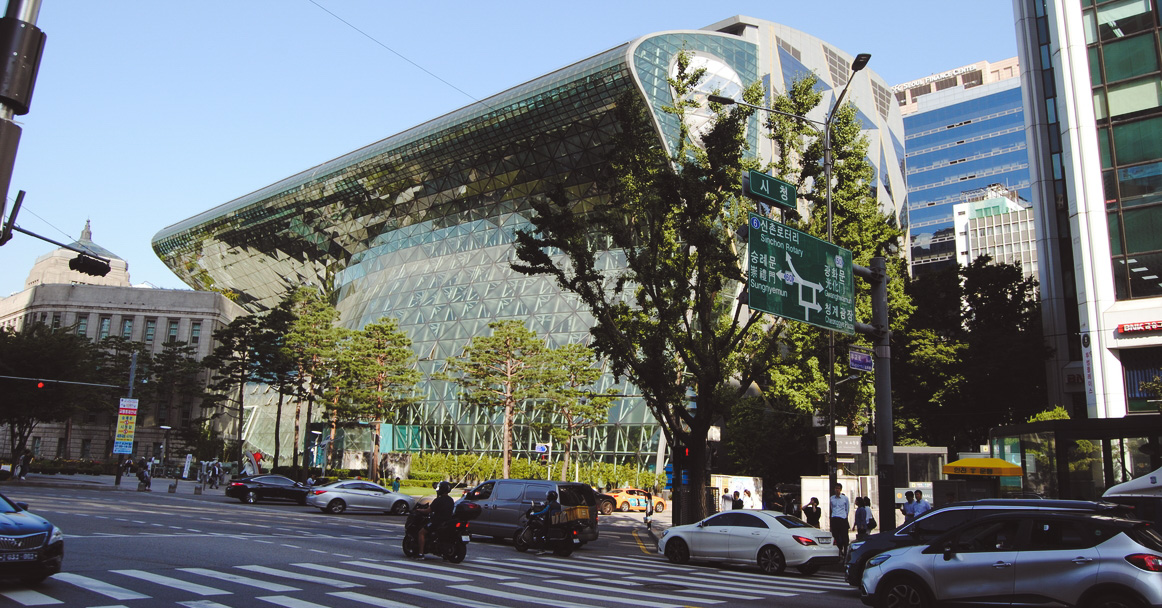 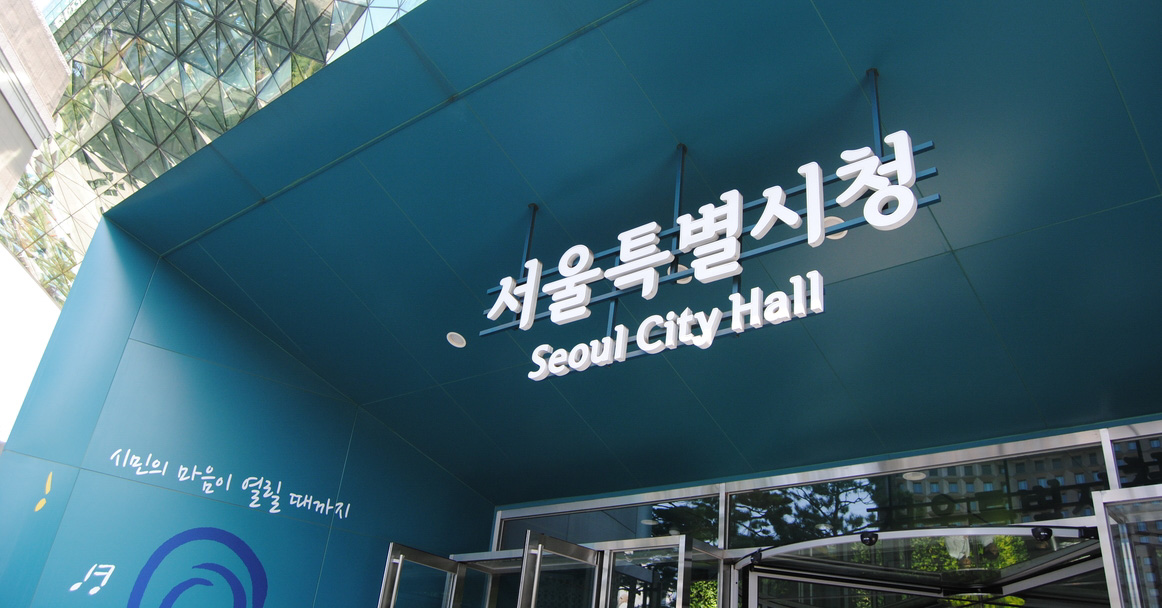 Q2: How is human rights governance structured inside Seoul municipality?

The Human Rights Department consists of three teams: one focused on human rights policy, one on protection and one on cooperation. The “Human Rights Policy Team” is responsible for establishing and monitoring our Master Plan. To do so, it organizes periodical meetings with other divisions of our Metropolitan Government in order to implement the Plan in a cooperative manner. It also conducts surveys and follow-up studies in order to collect basic data for developing human rights policies.

The “Human Rights Protection Team” collaborates with Seoul’s District Attorney Office in order to monitor and prevent human rights violations such as violence occurred in evictions. In addition, it promotes information exchange and cooperation projects through networking with human rights organizations and other local governments. It operates the “Citizen Jury system” in which citizens judge human rights violations. This team is also charged with human rights awareness-raising, promoting for example the spirit of the Universal Declaration of Human Rights or holding cultural events that make people feel the importance of human rights. 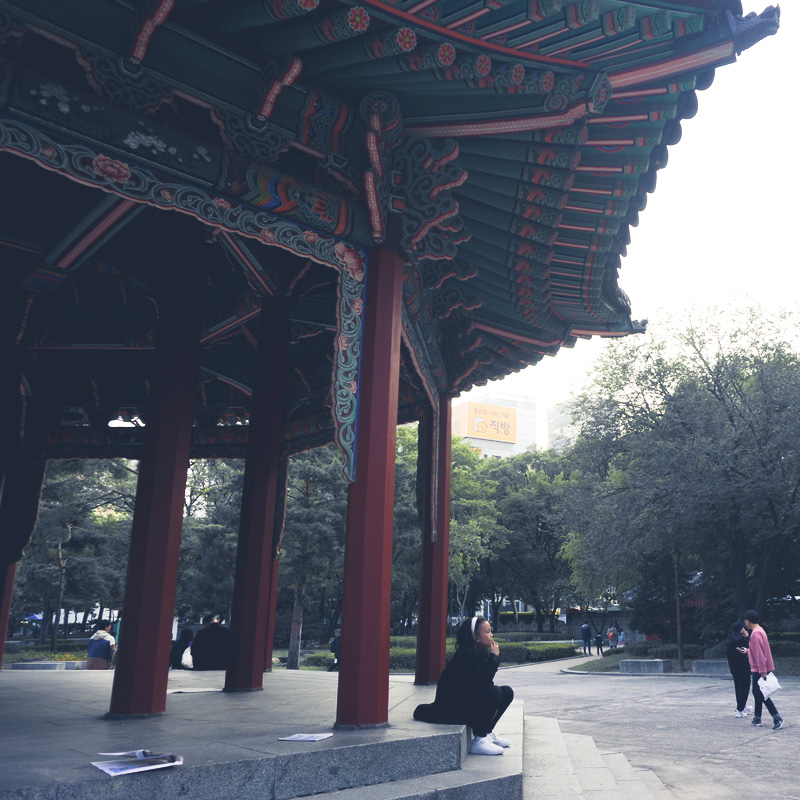 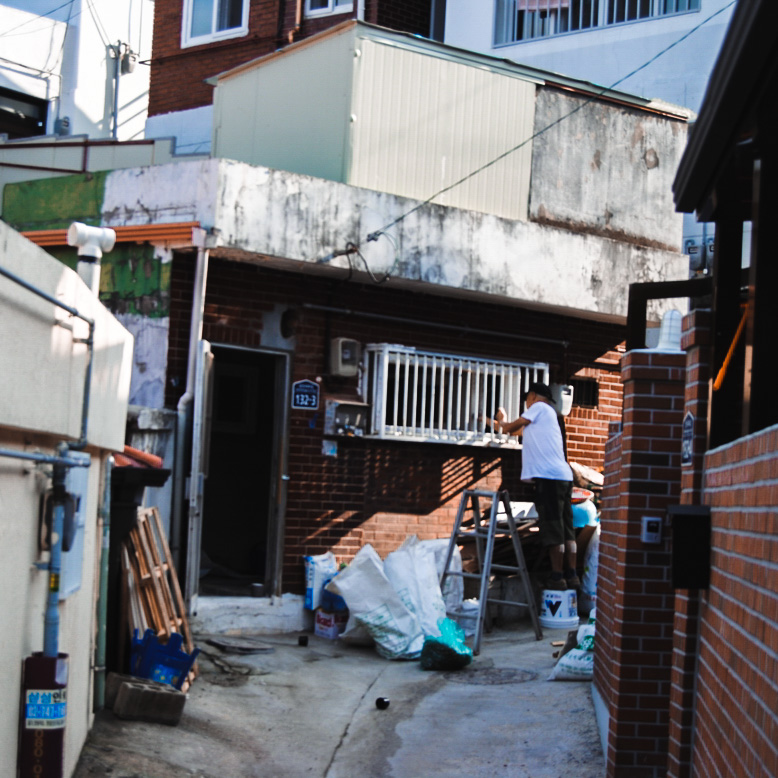 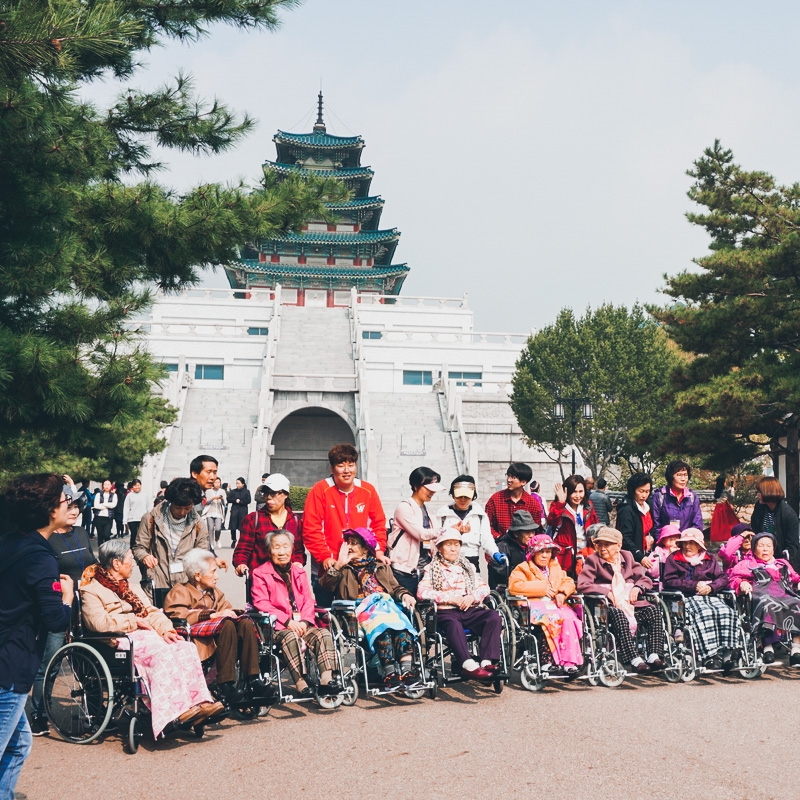 Finally, the "Human Rights Cooperation Team" is conducting human rights education initiatives inside the municipality in order to become a human rights-friendly administration. We are working to support human rights protection and promotion activities in cooperation with civic organizations. This team is also charged with the organization of a Human Rights Conference aimed at building a cooperative system between different local governments. This Conference seeks to emphasize local government’s importance in human rights governance, as well as to promote exchange and cooperation between domestic and foreign actors.

Q3: What about the current situation of human rights in Seoul? What are the main thematic priorities for your municipality?

Discrimination, hate speech and social conflict are among the city’s main challenges. After the #MeToo campaign, we recognize sexual harassment and sexual violence persistence in our society. Eradicating sexual violence and realizing gender equality are therefore top priorities for our work.

Discrimination against social minorities rapidly spreading online, in mass media or through social networks, is another serious threat. This trend has a negative effect over our quest to achieve a society that respects human rights and diversity, especially when it comes to women, migrants, sexual minorities or people with disabilities.

As the economic depression continues to worsen and socioeconomic inequalities increase, further challenges arise. Generation or regional conflicts and urban safety accidents are clear examples. In addition, deepening economic inequality cause social polarisation. For example, housing related-problems can be traced to phenomena such as gentrification, which occurs according to a capitalist logic. 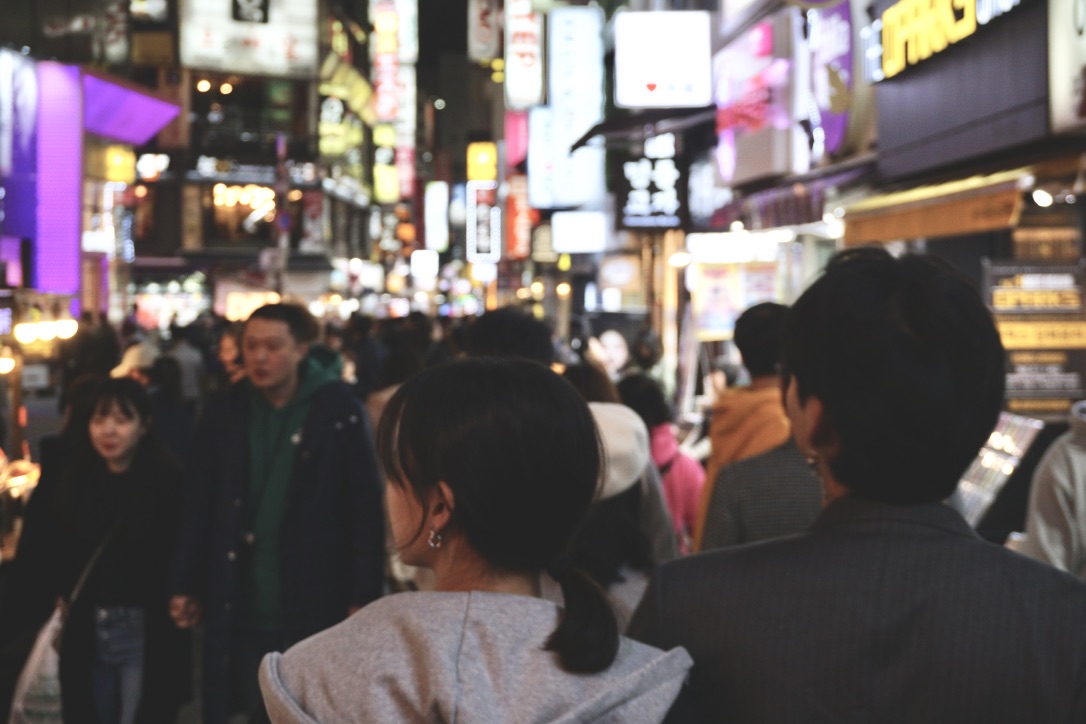 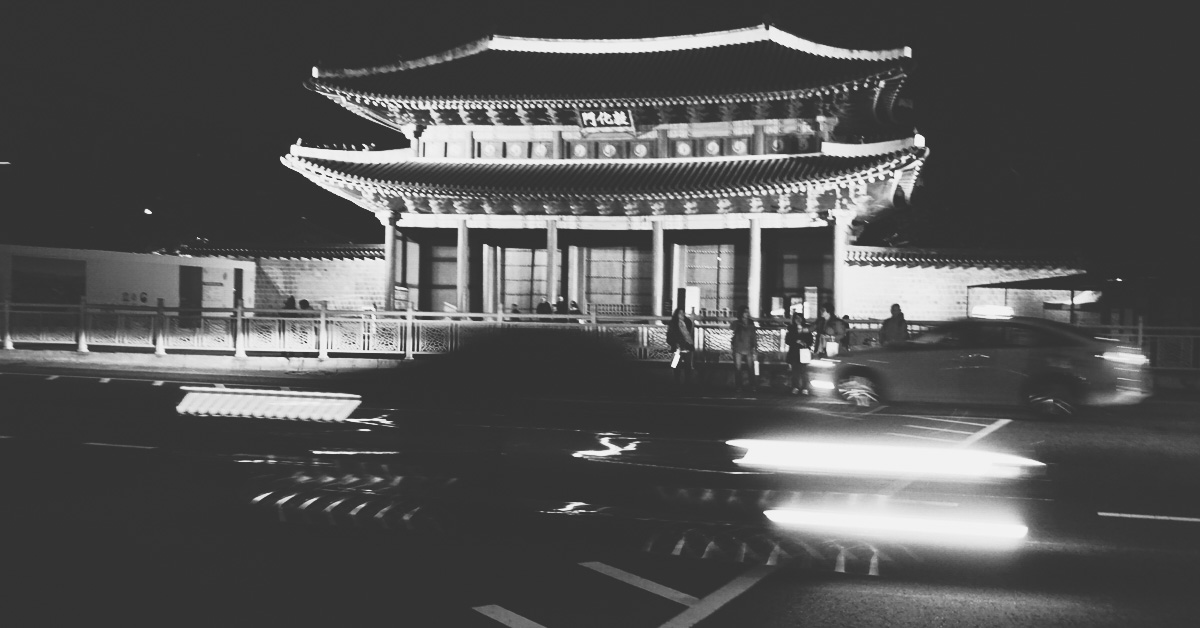 Q4: Housing seems to be a top priority for your municipality. Tell us more about the “Human Rights protection group at demolition sites”: What are its functions and what have been its results since its creation las 2017?

The Human Rights Protection Group at Demolition Sites is formed in cooperation with Seoul’s Bar Association. It is mainly charged with the protection of residents at demolition sites and evictions, through monitoring and preventing human rights violations throughout the process, such as violence episodes in the process of demolition.

Activities started in April 2018. So far, the protection group has been operated 142 times. As an important outcome of this group’s activity, we can see how violence by housing development, reconstruction union and security service is no longer occurring. In addition, the atmosphere at demolition sites is gradually changing towards human rights-respectful procedures.

In order to increase deliberation and co-creation of Seoul’s Human Rights Policy, we have appointed experts from various human rights fields to operate the Human Rights Committee. During the period February 2016 to October 2018, a total of 75 meetings were held, including regular, special and subcommittee one's.

In addition, the Human Rights Committee holds periodical forums to identify human rights policies and projects. Forums engage stakeholders who are social minorities in specific human rights areas. When establishing the Master Plan, we have built a governance system that involves stakeholders through public hearings and discussions.

As a part of cooperation projects with civil society, human rights organizations that carry out human rights protection and promotion activities are also selected annually through public offerings to provide necessary budgets and administrative support. In order to protect and help victims of crime, we provide support for the expenses of the victims of crime such as the cost of living and medical expenses.