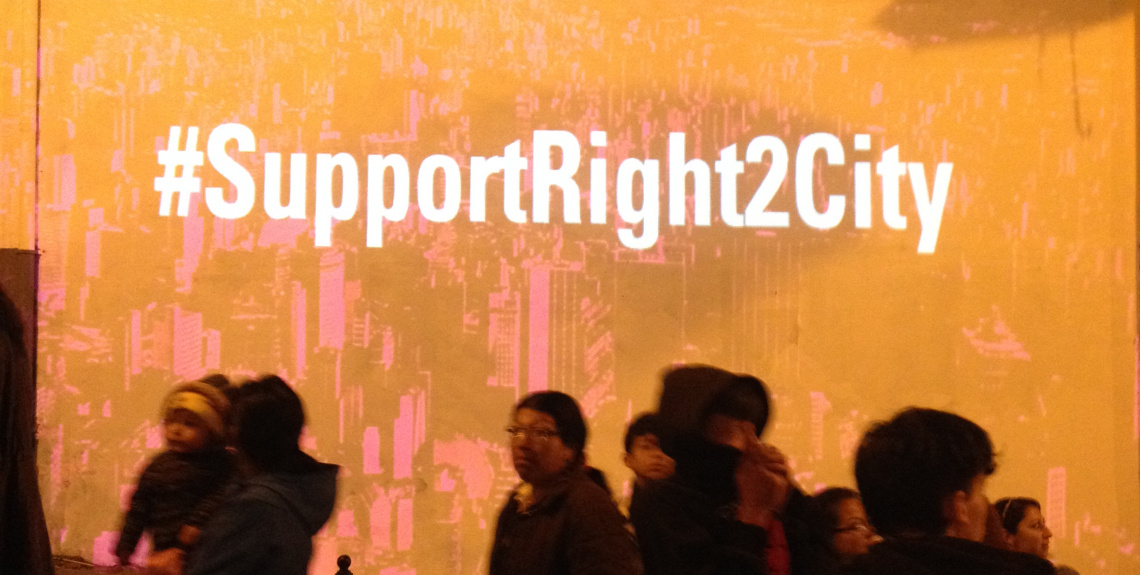 At the UCLG Congress and Habitat III, Local Governments and Civil Society enhance the global agenda for the Right to the City

The Committee on Social Inclusion, Participatory Democracy and Human Rights actively took part at the UCLG World Congress in Bogota (12-15 October) and the UN Conference on Sustainable Urban Development and Housing – Habitat III in Quito (17-20 October). In both events the Committee, represented by many of its member cities and its Secretariat, along with civil society and UN human rights system partners, had the chance to promote the global agenda for the Right to the City and to extend the global movement for human rights in cities. The Committee’s Secretariat has produced a report of the activities where it was represented in both events.

At the World Summit of Local and Regional Governments, the UCLG Committee on Social Inclusion, Participatory Democracy and Human Rights was present in three main spaces, which included local and international institutions, the research and academic sector, and social movements: the permanent workshop “Co-Creating the City” –which gave voice to local governments, citizens and civil society-, as well as the Policy Dialogue “The Right to the City at the heart of the New Urban Agenda” and the peer-learning session “Local Finances, Inclusive Governance and Participatory Budgeting”.

The UCLG Congress in Bogota also enabled the Committee to update some relationships with member cities, as well as to extend the network. The relationship with the Bogota City Hall was also strengthened, through the Secretary for Women. Indeed, it was explored the possibility to undertake a common work on women in Informal Sector during 2017. The Committee also tightened relations with the city of Santa Ana (El Salvador) and the Global Forum of Solidary Economy, led by the government of Seoul, who is exploring the possibility to create a working group on solidary economy within the Committee.

The Right to the City, a focal point for Local Governments and Civil Society in Quito

Between 16 and 21 October, a Committee’s representation was in Quito to attend the United Nations Conference Habitat III and the alternative forums that were organized meanwhile. It was a great satisfaction to see that the Right to the City –which the Committee has been advocating for four years– was unanimously defended by the Mayors gathering in the World Assembly of Local and Regional Governments, and therefore supporting the mention of such a right in the Habitat III Agenda –which was achieved in spite of being opposed by States like the US, the European Union, Canada and Japan.

However, it was also important to recall, in all official and alternative events the Committee took part with its partners from the Global Platform for the Right to the City (GPR2C), that the Right to the City is rooted in internationally recognized Human Rights, aiming at guaranteeing that cities and human settlements are common goods, not a commodity.

The Committee didn’t give up on insisting on the idea that the Right to the City is not the “obligation to the city” and that the only possible, sustainable urbanization needs to lay upon the urban-rural continuum.

Finally, the Committee recalled that public finances –and especially local ones- and multilateral funds are key for a universal implementation of the Habitat III Agenda. It invited all stakeholders to set up a mechanism to monitor this agenda laying on the ground of territories and involving inhabitants.

The implementation of the Right to the City, cornerstone of the post-Habitat agenda of Local Governments and Civil Society

However, new challenges emerge in this new stage in order for the Right to the City not to be watered down:

The report of the Committee’s activities is accessible here.