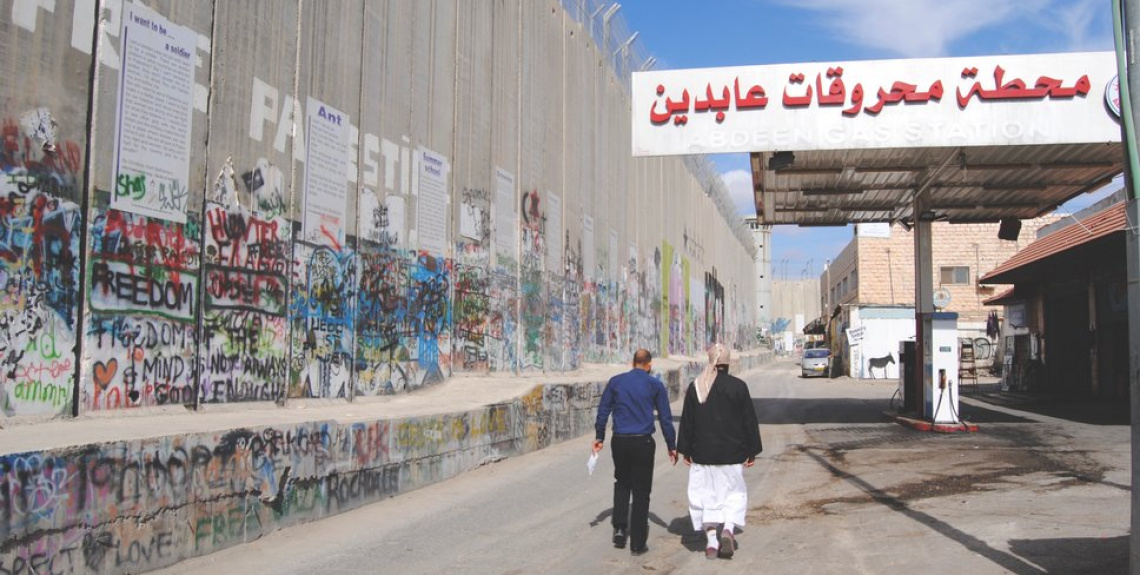 The Right to the City in a land in conflict: the situation of Palestinian cities 70 years after the "Nakba"

On the occasion of the 70th anniversary of the “Nakba”, this article recalls the words of the Mayor of the Palestinian city of Bethlehem, Anton Salman, who took part, at the invitation of the Committee and its co-chair city of Gwangju, in the World Human Rights Cities Forum: a space of exchange and solidarity between local governments and communities committed to the advance of human rights, local democracy and peace around the world.

In the Forum’s opening roundtable, Mayor Salman launched a call to defend the human rights and right to peace for Palestine and Bethlehem’s inhabitants. According to the Mayor, although Bethlehem “spreads peace and justice to the whole world, does not live in peace: walled with discrimination, continuous land confiscation and multiple checkpoints along the way, our daily life is drastically affected”.

In his speech, the Mayor emphasized how “every day Palestinians are killed, wounded or arrested”, that the “spiral of violence continues and so are its consequences” and that is mandatory that the international community and organizations “address the root causes of these profound violations that occur in our part of the world, where Palestinians' rights are marginalized”. As Palestinians “continue to refuse living in the shadow of a wall, and in the absence of the international action to end this situation”, Mayor Salman asserted the determination of Palestinians to achieve peace.

By the end of the Forum, Mayor Salman call had a direct effect in the Forum’s final declaration, as its community of participants showed its “concern about the ongoing human rights violations occurring in the Palestinian Territories” and called for “a peaceful solution to the conflict”.

The City of Bethlehem is a direct member of UCLG and an active city in our Committee.

In addition, the Committee also counts with three Palestinian member-municipalities: Beit Fajjar, a town south of Bethlehem; Khan Younis, in the Gaza Strip; and Jericho, near the Dead Sea.

Beit Fajjar is located in the vicinity of Bethlehem, in the central part of the West Bank, and is home to a population of 10,000 people. The municipality has a prosperous economic activity, linked to marble mining, olive cultivation and grazing, although these activities are often affected by the indirect effects of the West Bank barrier, in addition to the existence of settlements and segregated highways.

Khan Younis is the second city of the Gaza Strip; one of the two portions in which the current Palestinian territory is divided and one of the most densely populated areas of the planet. Khan Younis is home to one of the most populated refugee camps in the Strip – home to 84,325 people according to UNRWA – many of whom are descendants of the same Nakba (1948). The same UNRWA agency denounces “overpopulation, lack of adequate housing, unemployment and the difficulty to access basic services” as some of the camp’s main problems.

Jericho lies near the banks of the Jordan River and the Dead Sea, and is considered one of the oldest cities on the planet. It has around 20,000 inhabitants. In 2011, the Committee collaborated with the municipality in order to conduct a case study on participation and social inclusion policies for youth people, focused on Jericho’s Children’s Municipal Council. You can consult this case study in our Inclusive Cities Observatory.

The World Council of United Cities and Local Governments – UCLG assessed the situation of Palestinian cities in 2014, within the framework of the International Year of Solidarity with the Palestinian People (UN). On this occasion, UCLG members adopted a resolution recalling the solidarity of the network with local authorities and the Palestinian people.

The Andalusian Fund of Municipalities for International Solidarity – FAMSI organized shortly after an International Conference of local government and civil society organizations in support of Palestinian rights (2014) with the support of UCLG. This Conference gave rise to the “Olive Tree Declaration”, which expressed the will of a group of cities to fight this situation through solidarity between local governments and civil society from around the world.

The organization of French local governments, Cités Unies France (CUF), has also been a framework of solidarity and cooperation between French and Palestinian local authorities. The “Network of Decentralized Cooperation with Palestine” (RCDP) was created in 1994. Its activity grew over time to articulate, advise and represent, today, most of the solidarity actions promoted by French municipalities with Palestinian counterparts.