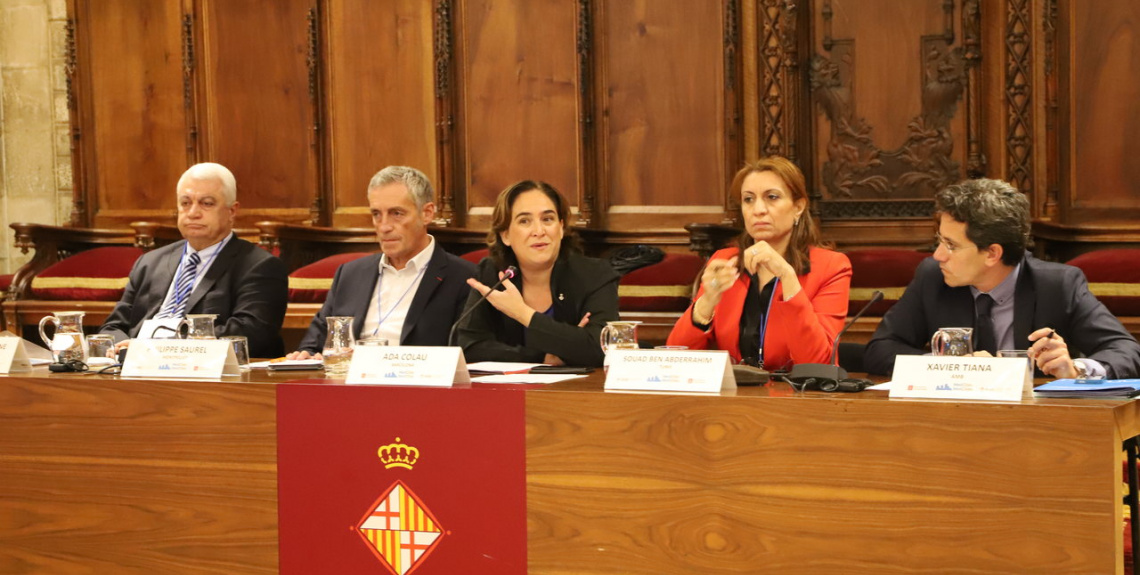 The network of Mediterranean cities MedCities celebrated its Annual Conference last 4 and 5 October in Barcelona in a meeting gathering 40 local representatives from across the Mediterranean. Held under the theme “Mediterranean cities: sustainable and equitable for all”, the Conference assessed the links between local government and international agendas in the region (New Urban Agenda and Sustainable Development Goals), stressing the key role of city cooperation to tackle shared challenges in the region.

On the occasion of the Conference opening, the Mayor of Barcelona and President of the Metropolitan Region of Barcelona (AMB), Ada Colau, highlighted how “Barcelona is not only a Mediterranean city, but a city with Mediterranean vocation” and that “cities have to become main actors in building a shared agenda for the region: an agenda that tackles shared challenges in order to build a region for life”. In her welcoming remarks, Mayor Colau also referred to agenda on migration, noting how “migration is a recognized human right” and stressing the need for a “safe migration policy”.

In his turn, the Mayor of Tétouan and President of MedCities, Mohamed Idaomar, noted how Mediterranean local governments “are in need of a network like MedCities as a space to promote regional governance, advocate for decentralization, exchange best practices and strengthen the capacities of local authorities”. Indeed, MedCities is an important network of Mediterranean local governments, already counting with a rich 25 years history of city-to-city cooperation in building a sustainable and inclusive region.

The Secretary General of MedCities, Xavier Tiana, opened the floor to discussion panels and roundtables where local authorities could “define their priorities in order for the organization to define a strategic plan for the future” in accordance to ongoing regional and international trends, such as “the recognition of the Right to the City or the localization of the SDGs”. The Secretary General of UCLG, Emilia Saiz, noted how “the Mediterranean focuses many of the most pressing global challenges in terms of sustainable development, as well as many opportunities to resolve them”. 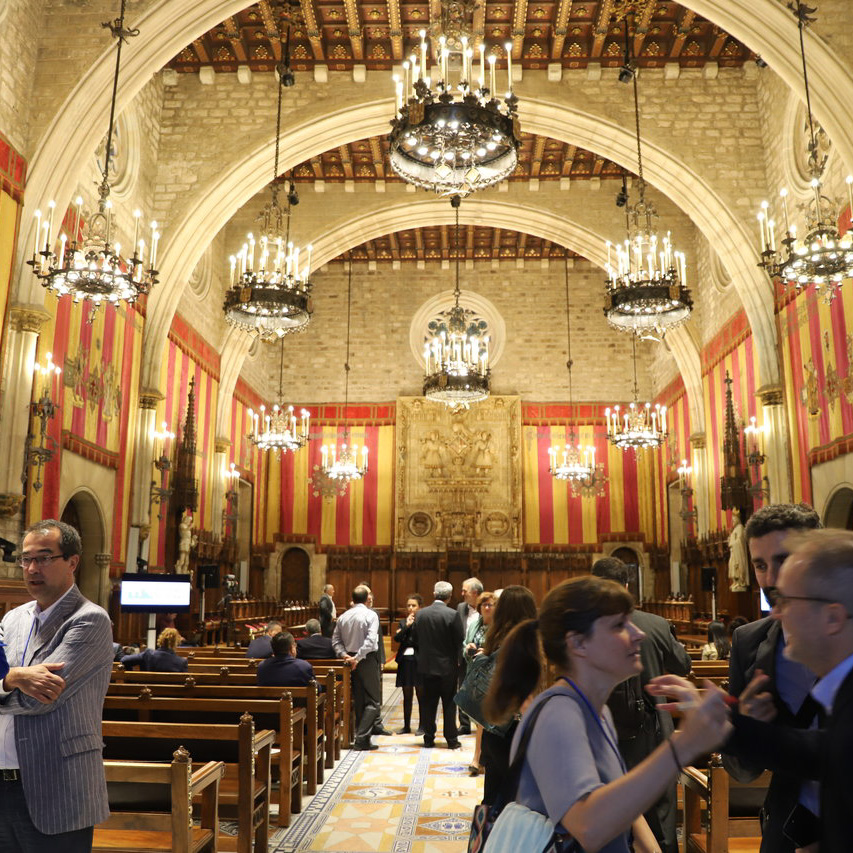 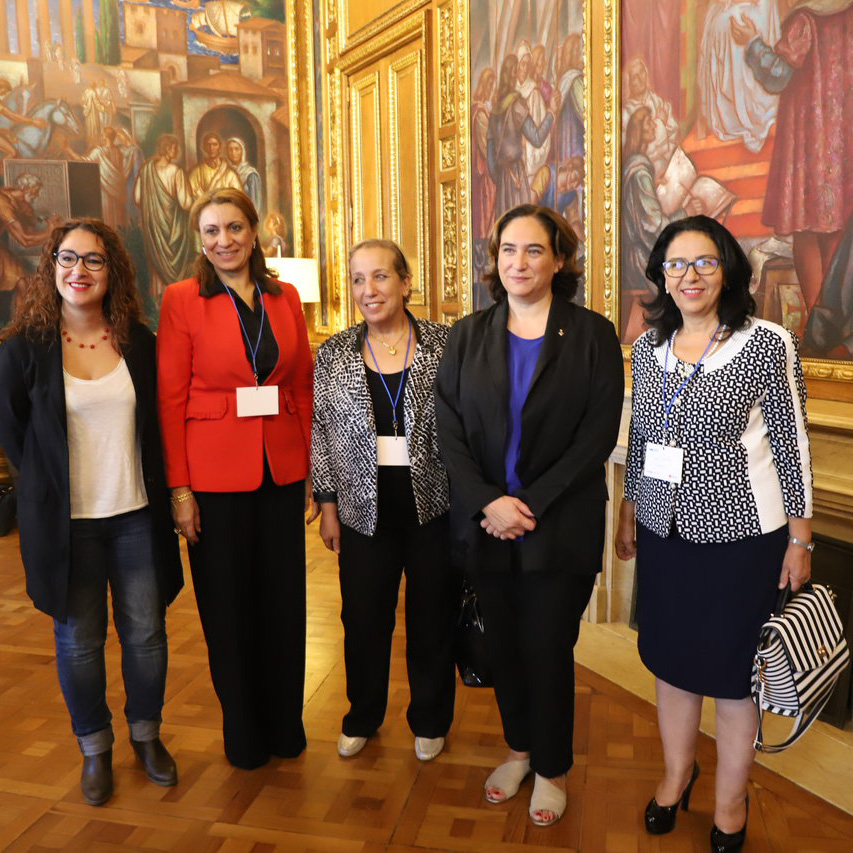 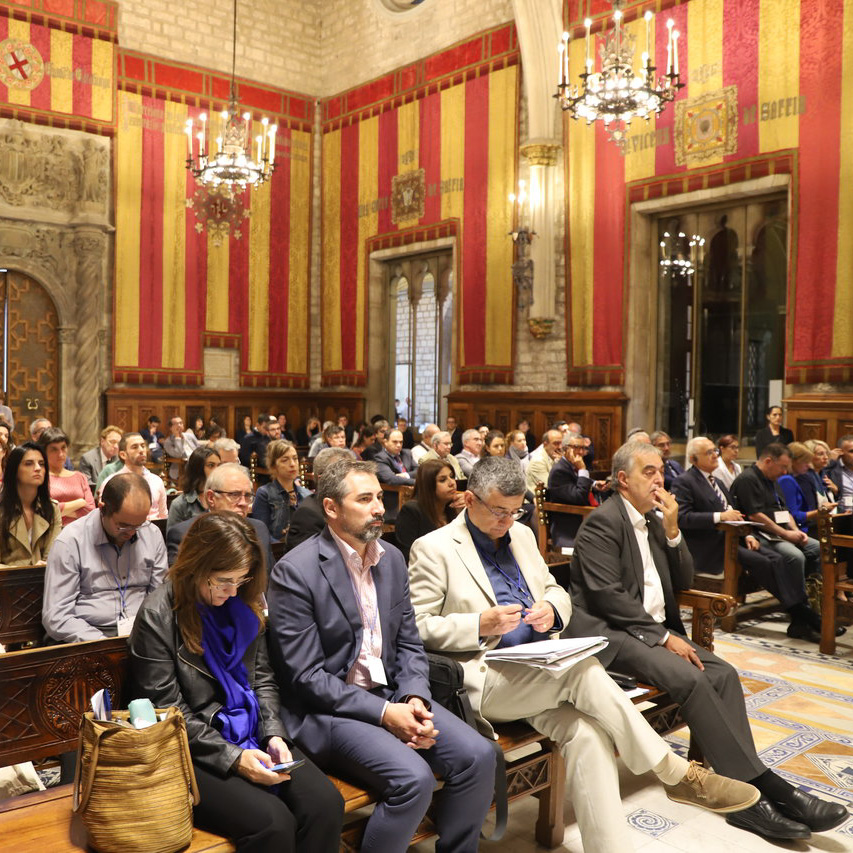 The Mayors of Al Fayhaa, Barcelona, Montpellier and Tunis expressed their points of view and priorities in regards to this idea, agreeing on the need to advocate for a shared agenda for the region. In this qualitative step-forward, Mayor Colau (Barcelona) noted how “cities are able to push forward a renewed agenda 25 years after the Barcelona Declaration (1995)”, much in the same vein as President Kamareddine (Al Fayhaa) opinion: “reducing poverty and reinforcing cohesion is key, and the localization of SDGs or human rights could be seen as opportunities in this regard”.

Mayor Souad (Tunis) noted how “decentralization is still a big challenge for the region, as local governments might be experiencing a regression in terms of local autonomy, capacities and resources”, and Mayor Saurel (Montpellier) stressed the opportunities offered by city diplomacy, as “Mayors normally speak the same language: cities are the places where jobs are created, youth integration is fulfilled, local democracy is practiced and cultural expression takes place”.

Two roundtables took place after the opening panel, this time gathering local authorities from As-Salt, Jezzine, Larnaka, Sfax and Tirana to talk about how to achieve environmentally sustainable cities; and from Dubrovnik, Málaga, Marseille, Rome, Tetouan and Salerno to explore ways to foster development and tackling inequalities. Relevant experiences were shared by speakers in areas such as waste-management, urban mobility, prevention of radicalization, climate change, urban planning or inclusive growth, reaffirming MedCities as a well-consolidated network in terms of exchange.