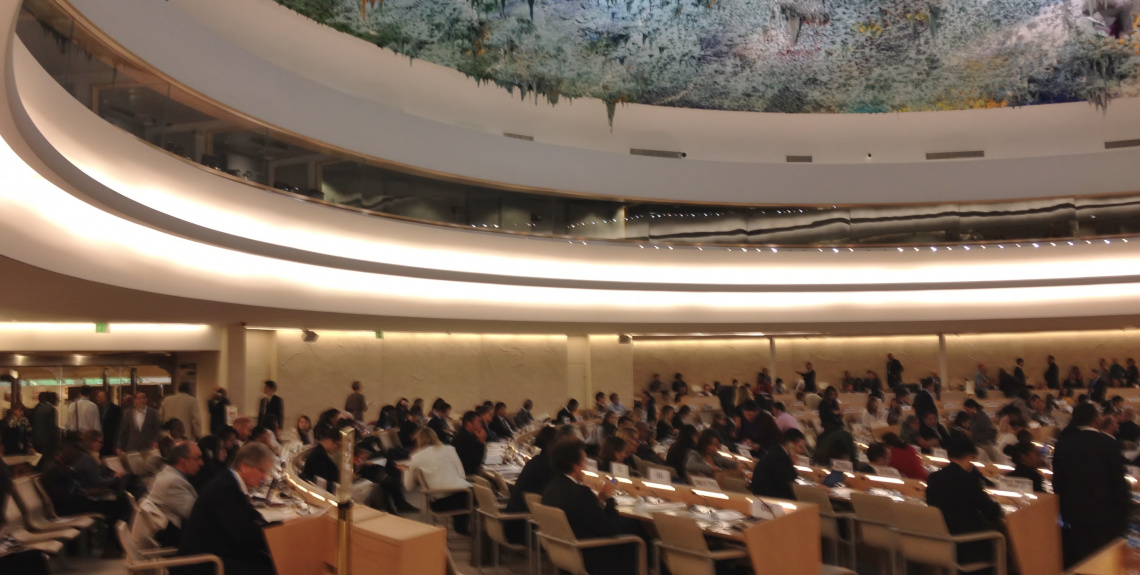 Last Wednesday, Leilani Farha, the United Nations’ Special Rapporteur on adequate housing, presented her last report at the thirty-fourth session of the UN Human Rights Council (27 February to 24 March). This document focuses on the financialization of housing and its impact on human rights. The Rapporteur invites public institutions to redefine their relationship with private sector and reform the governance of financial markets, thus reclaiming housing as a social good and a human right.

A human rights-based approach on housing against financialization

The right to adequate housing is, at its core, the right to a place to live in dignity and security. It is interdependent with other human rights, particularly the right to equality and non-discrimination and the right to life. During the last years, the expanding role and unprecedented dominance of financial markets in the housing sector known as “financialization of housing”, however, is having profound consequences for those who are most in need of this right. Indeed, housing is treated as a commodity, a means of accumulating wealth, what is increasingly disconnecting it from its social function.

Among others, financialization of housing is having a deep effect on the rise of socio-spatial inequalities and the rise of exclusion in the world’s largest metropolis. Those who own property in prime urban locations, mainly in the big metropolises have become richer, while lower-income households confronting the escalating costs of housing have become poorer. Financialization of housing also states how public sector relinquished governance and accountability over private actors, at the sacrifice of human rights.

Policy responses and recommendations to secure housing as a human right

According to the report, policy responses to the financialization of housing have tended to prioritize support for financial institutions over responding to the needs of those whose right to adequate housing is at stake. Nonetheless, a number of national governments and sometimes subnational ones have started to address the effects of excess capital flows and financialization on affordability and access to housing for low-income households.

For instance, several sub-national governments have introduced progressive measures explicitly affirming the social function of housing and taxing or expropriating vacant housing. A number of governments have chosen to encourage a more inclusive approach to private investment in the form of financial incentives to encourage the development of affordable units.

Despite the positive elements of some policies, however, overall responses have tended to be sporadic and reactive, while the broader systemic issues of financialization of housing remain largely unaddressed and is still widely promoted by international institutions such as the World Bank.

In this regard, the Special Rapporteur suggests that a way forward requires a shift to take hold so that public institutions ensure that all investment in housing recognizes its social function and humans rights obligations.

That requires a transformation of the relationship between the public and the financial sector, whereby human rights implementation becomes the overriding goal, not a subsidiary or neglected obligation.

In order to achieve that shift, the Special Rapporteur recommends several measures, among which the following:

UCLG, through its Committee on Social Inclusion, Participatory Democracy and Human Rights has collaborated with the UN Special Rapporteur on adequate housing in order to defend the right to housing in front of its commodification. Throughout the Habitat III process, the CSIPDHR, the Special Rapporteur and the UN High Commissioner for Human Rights brought the vision of a rights-based urbanization. In this framework, a side event on homeless people rights in the New Urban Agenda was organized, leading to a joint declaration that included several recommendations on the subject.

In the Habitat III Summit, the Special Rapporteur, the UN Office of the High Commissioner for Human Rights and UCLG organized a joint event to launch the “Shift” campaign, which defends securing housing as a right in opposition to its commodification. In the following months, the Committee will continue to work with the UN Special Rapporteur in the framework of the shift campaign.

To that end, next April, the Committee will take part in an international meeting in Ottawa, Canada.