Challenges and responses to COVID-19: Interview to Paola Pabón, President of the Province of Pichincha (Ecuador)

As COVID-19 is affecting more and more regions of the world, so does its harsh social and economic consequences - a crisis that, in many ways, stems from structural causes that predate the pandemic. Faced with the limitations of many national social protection systems, local and regional governments have led unprecedented levels of mobilisation, implementing effective and innovative measures to directly respond to residents’ needs. This is the case of the provincial government of Pichincha, in Ecuador, which has taken important measures in the field of social assistance and public health. In the following interview, Pichincha’s Prefecta (President) Paola Pabón shared her region’s experience in fighting against the COVID-19 crisis, as well as her proposals for the coming era - including measures on food sovereignty, gender equality and transnational cooperation. Having this interview was possible thanks to CONGOPE (Consortium of Autonomous Provincial Governments of Ecuador) and UCLG’s Forum of Regions.

Territorial governance and public action: Regional governments are innovating and taking the initiative in the fight against the COVID-19 pandemic

Ecuadorian local and regional governments’ initiative has been decisive in slowing the spread of the pandemic and containing the social crisis it has caused, according Prefecta Paola Pabón. This leadership took place “in the context of a national health budget that had been reduced before the crisis, despite calls for increased investment”, affected also by foreign debt obligations.

According to Prefecta Paola Pabón, “this crisis brought us back to what’s essential, which is guaranteeing food and health”, while stressing that “the crisis highlights the negative effects of commodifying human rights such as health”.

In front of these challenges, Ecuador's three levels of sub-national government (parroquia, municipality and province) have indeed taken the initiative, with municipalities reinforcing public service delivery in spite of the crisis (such as water supply or solid waste collection) and parroquias ensuring the disinfection of public spaces. 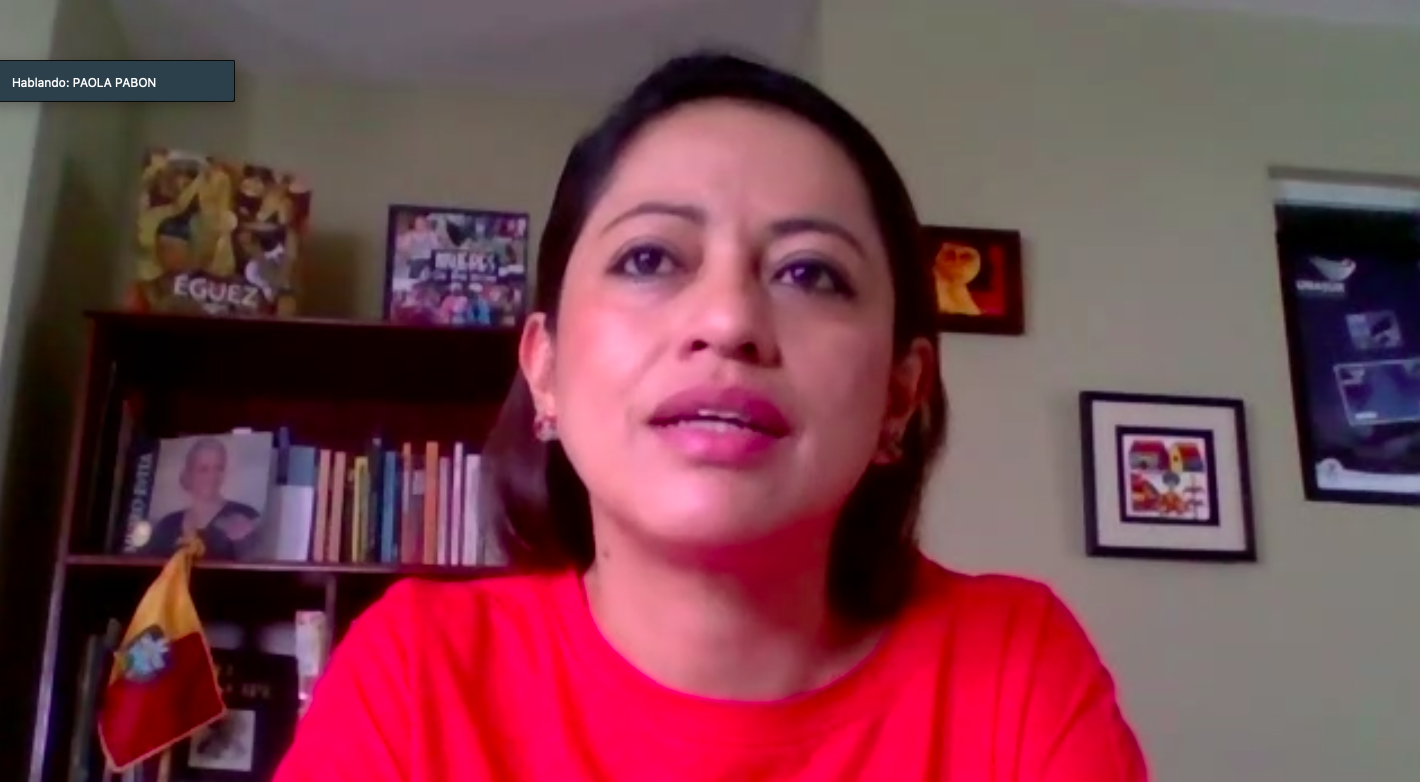 « Since the world will no longer be the same, we must have spaces for reflection shared with other local and regional governments that allow us to ensure that the return to normality does not imply a return to violence against women, inaction in the face of climate change or the commodification of health. The right to live a life without violence, to food and equality... must be the new paradigm in the world to come»

Paola Pabón, Prefecta of the Provincial Government of Pichincha

According to the Prefecta, this crisis reaffirmed the role of public actors as responsible for implementing policies that protect everyone and address structural inequalities and the needs of those who suffer most. Governments such as Pichincha have relied on civil society involvement too, integrating emerging civic solidarity initiatives by social and private actors in the form of local public policies. According to Prefecta Paola Pabón, these successful examples of cooperation have strengthened the effectiveness of both actors’ initiatives while fostering knowledge exchange, cohesion and mutual trust.

Prefecta Pabón stressed how “four lines of action have defined the role of our provincial government throughout the pandemic: informing, preventing, cooperating and protecting”. She also pointed out how the success of these actions lies in the good levels of cooperation between sub-national governments. For information and prevention alone, Pichincha has set up 72 information points throughout the province: “In March, people thought that the coronavirus was something that only happened in Asia, so it was already necessary to draw attention to the need to wash hands and take precautions”. The Prefecta emphasized how this campaign allowed to stop the rate of contagion in rural areas, where prevention initiatives were particularly relevant.

In matters of public health, important actions have been carried out by the provincial government in coordination with the Ministry of Health. The province has its own health service, Pichincha Humana, which was strengthened precisely before the crisis. More specifically, the province has made progress towards bringing the salaries of the province medical staff in line with the national average. This allowed to count with enough medical workers in the territory and make sure their working conditions more dignified. The provincial and parroquia levels also coordinated their delivery of medical supplies and protective equipment. Prefecta Paola Pabón stressed the need to redouble measures to protect medical personnel, paying attention also to administrative staff and health-care assistants, who are generally neglected in these discussions.

Food security and food sovereignty have been among Pichincha’s main priorities; indeed, the province delivered 16,000 food baskets for households facing economic hardship during the crisis. According to Prefecta Paola Pabón, this initiative had two positive effects: “first, to ensure that everyone stays at home during the peak period of infection; second, to support the province's local farmers and producers, from whom we buy most of our products for the baskets”. This was also a means to anticipate the potential economic crisis that was looming, knowing that it would impact, for example, farmers unable to sell their daily production at markets and distribution centres. According to Paola Pabón, “we have created an efficient distribution network boosting the local economy during the quarantine period, based on local, popular and solidarity-based economic exchange”.

Prefecta Paola Pabón concluded her remarks by highlighting the issue of women's rights. Earlier in March, the provincial government had to decide whether to adapt or close the Centre for the Integral Protection of Rights, which had only been inaugurated a few weeks before the start of confinement, and which focused on sexual health issues and the protection of victims of gender violence. “Our decision to maintain the Centre’s services working saved the lives of many women during those months”, noted Prefecta Paola Pabón. New hotlines for victims have been set up, as well as protocols with the national police that allow victims to escape from their aggressors through safe procedures (using specific codes that do not attract their attention, as in the procedure of requesting a “red basket”). The province is also working with local social organizations to set up a network of emergency shelters for victims of domestic violence.

“This pandemic has shown how capitalist models and neo-liberal policies are incapable of responding to such kinds of emergencies”. This interview allowed to showcase many policy examples set up in Pichincha, but also allowed to know more about her Prefecta’s structural analysis of the crisis. At the global level, Paola Pabón believes we are in front of a moment of disjunction where “we are facing several dilemmas as a society. The first is whether we are going to strengthen the bonds of integration between countries or see a rise of nationalism. A related one is whether we are going to deal with public health challenges through true global coordination or whether we are going to opt for isolated and privatized policies that have already proven ineffective”.

In the case of Latin America, and according to Paola Pabón, it is necessary to move towards greater regional integration that will allow for better coordination in the future: “Integration around the right to health, education and scientific innovation to protect our peoples”. 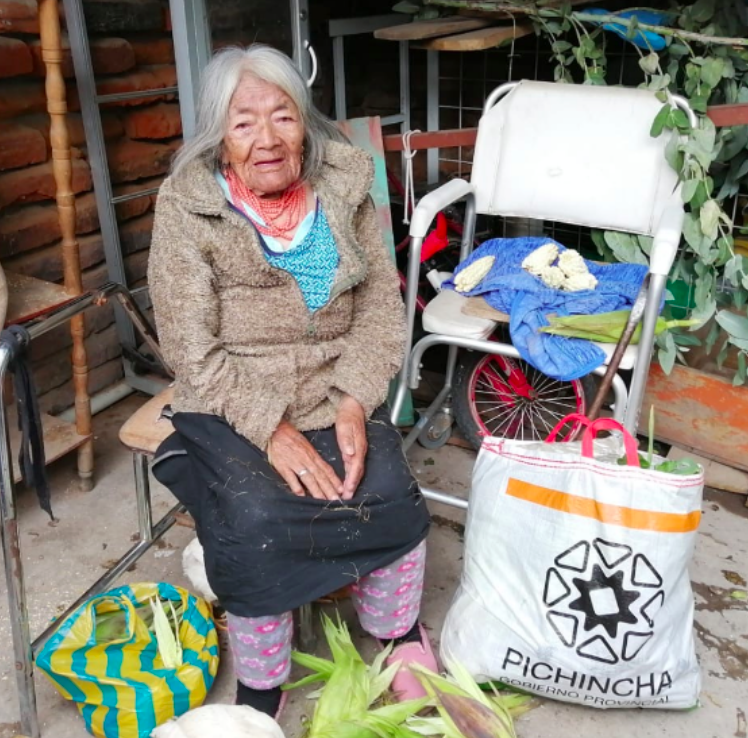 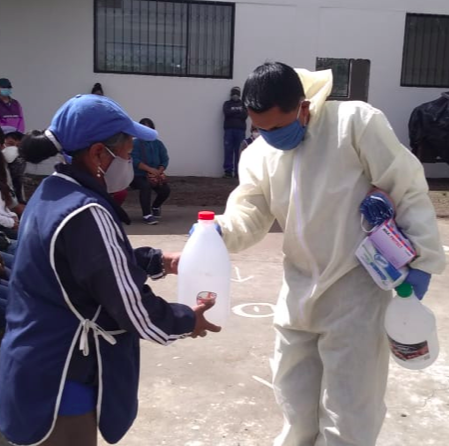 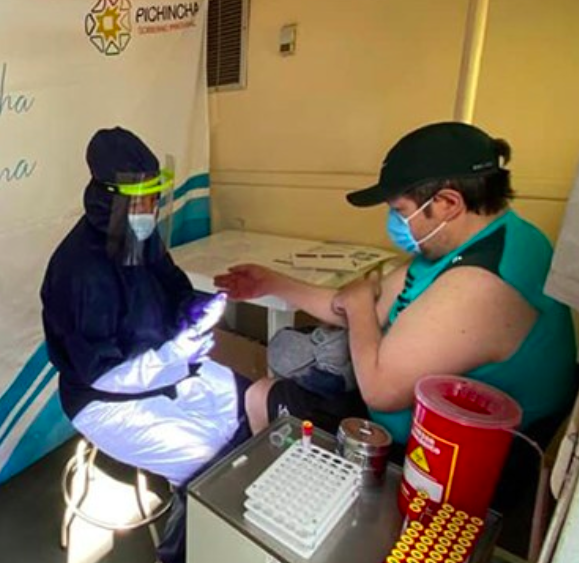 In order to effectively guarantee human rights, it is necessary to support decentralization as an effective means of combating territorial inequalities, improving health services provision and guaranteeing the right to food through local development. In the case of Pichincha, the regional economic recovery strategy involves an ambitious food planting programme, support for small producers and the establishment of new distribution and marketing channels in line with the consolidation of food sovereignty at a regional level.

The provincial government is already finalizing its strategy for a return to the “new economic normalcy”, paying attention to the needs of the most vulnerable. The new food sovereignty, popular economy and solidarity finance networks are in line with the willingness to support these groups.

The Prefect's reflections also stress that “since the world will no longer be the same, we must have spaces for reflection shared with other local and regional governments”. In these spaces, Pichincha wishes to defend the central role of public service delivery and territorial action so that “the return to normality does not imply a return to violence against women, inaction in the face of climate change or the commodification of health: the right to live a life without violence, to food and equality... must be the new paradigm in the world to come”.