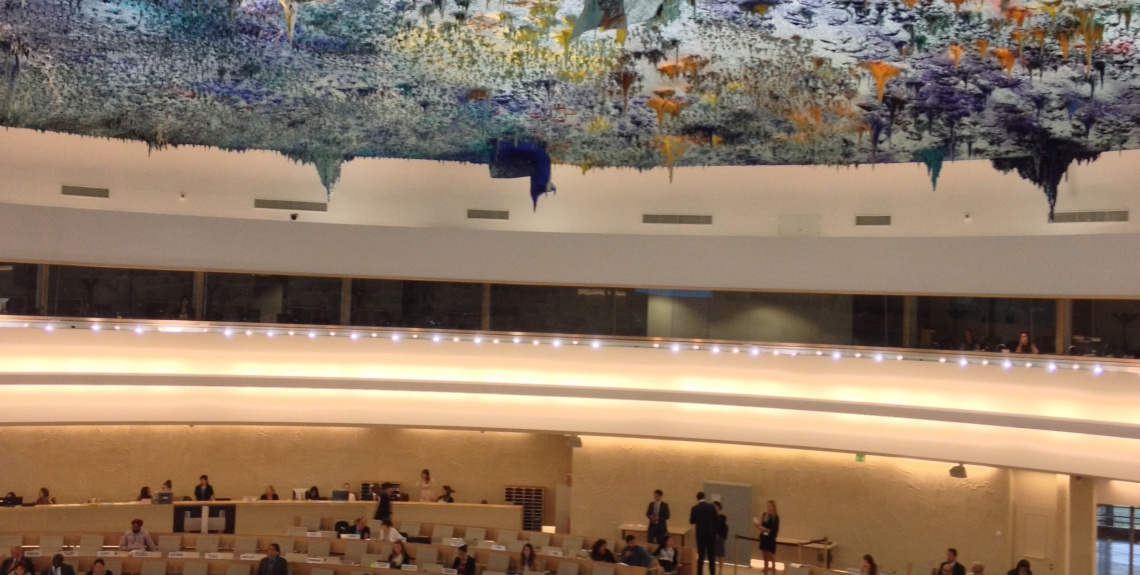 Throughout the last years, the UCLG Committee on Social Inclusion, Participatory Democracy and Human Rights has played an active role in defending local governments as key actors in the promotion, protection and guarantee of human rights, as well as to allow its recognition by states and international organisations and strengthen their capacities in that sense.

In this regard, the Committee took part in 2014 in the drafting of a report on the Role of local government in the promotion and protection of human rights alongside with the United Nations Human Rights Council Advisory Committee, which was presented in 2015 during the 30th session of the Council.

Our political representatives attended the presentation of this report bringing together a joint statement.

Following this work, the UN Human Rights Council will host a High-Level Panel to identify “ways in which local government can promote, protect and fulfil human rights”, especially in the light of the localisation of the UN Sustainable Development Goals (SDGs). This panel will take place next 4 September in Genève’s Palace of Nations.

A local governments delegation from the UCLG Committee on Social Inclusion, Participatory Democracy and Human Rights led by Mr. Mauricio Valiente, Deputy Mayor of Madrid on Human Rights and Historical Memory and Mr. David Payot, Deputy Mayor of Lausanne in charge of Childhood, Youth and the Neighbourhoods will travel to Geneva to attend the panel. This delegation will bring to the session a joint statement on behalf of UCLG, stating our attachment to human rights and the principles of indivisibility and universality. 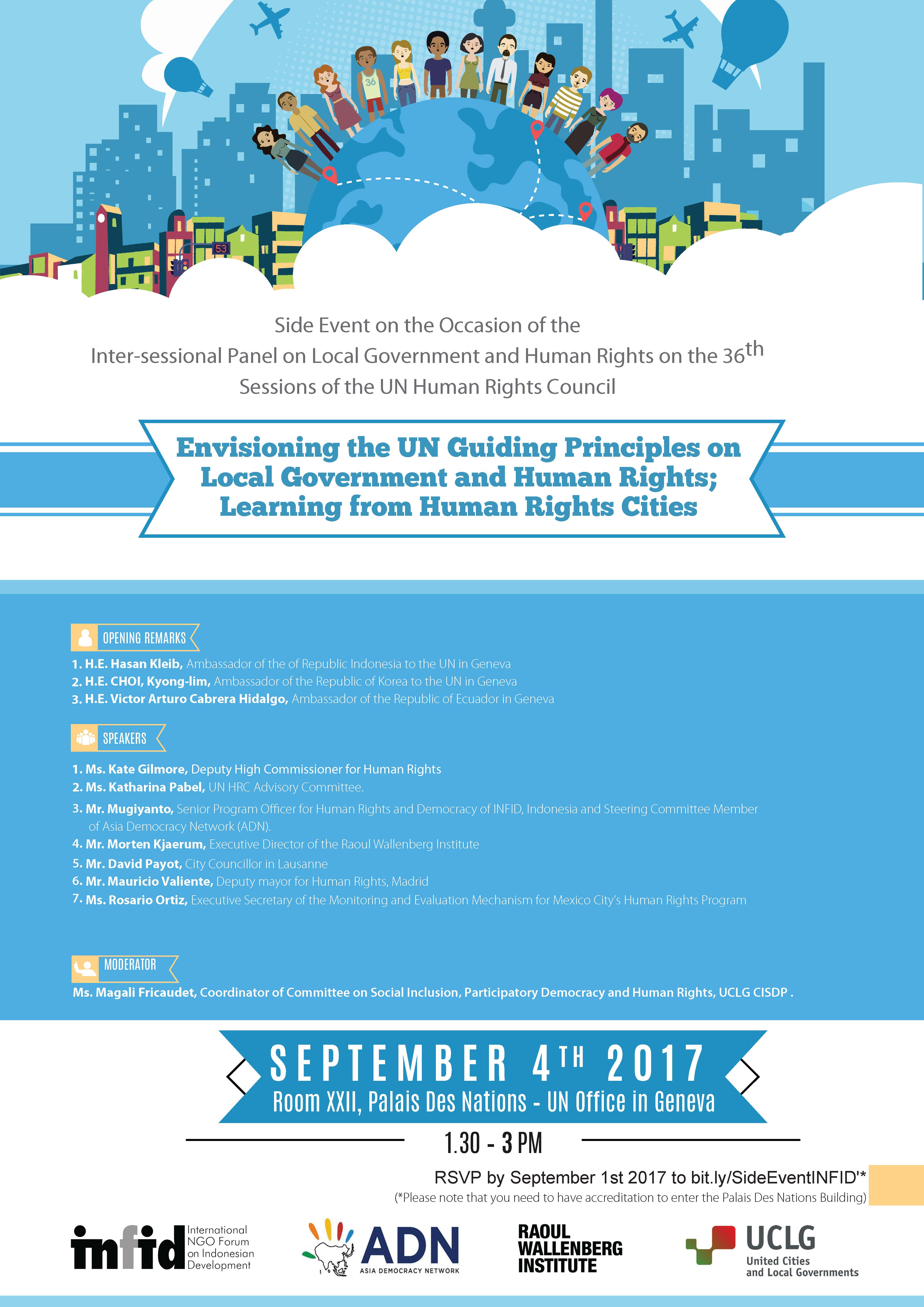 Its members will also recall the efforts undertaken by local governments all along the last 20 years in the framework of the Human Rights Cities Network, in order to realize human rights in their daily actions towards their inhabitants and with their participation, but also as key actors in defending rights and local democracy worldwide.

This declaration will equally set out the necessary conditions for a local implementation of human rights, including a strong decentralization with sound resources and competences, public finances to effectively re-distribute wealth and a wide participation of civil society. Both the European Charter Agenda for Human Rights in the city and the Global Charter-Agenda for Human Rights in the city will be proposed as points of reference for localising Human Rights.

After the panel, the Committee will also co-organise the side event “Envisioning the UN Guiding Principles on Local Government and Human Rights; learning from Human Rights cities” in collaboration with the Indonesian Forum for Development (INFID), Asia Democracy Network and the Raoul Wallenberg Institute.

The outcome of these sessions will be presented during the World Human Rights Cities Forum of Gwangju next 14 to 17 September.