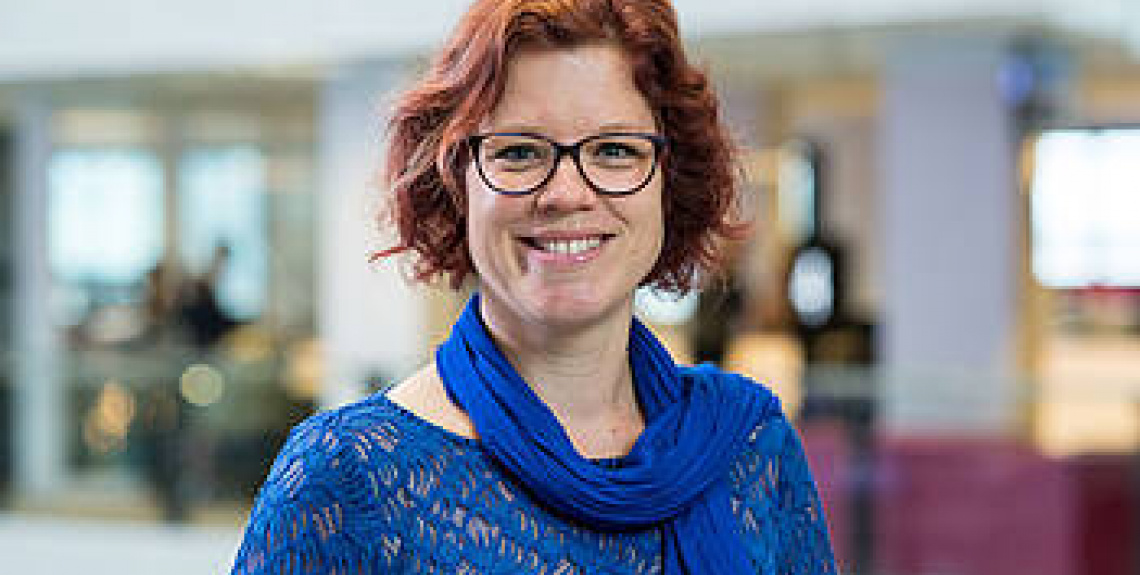 Utrecht’s co-mayor Linda Voortman is joining the UCLG-CSIPDHR co-presidency: A renewed leadership on the human rights and equality agenda

Linda Voortman has been the Alderman (Co-Mayor) of Utrecht responsible for social affairs, diversity and municipal organization since 2018. In this position, she joined the Co-Presidency of the UCLG Committee on Social Inclusion, Participatory Democracy and Human Rights in 2020. As former member of the Dutch Parliament and trade unionist for the FNV, Voortman will bring to the Committee her experience and committed leadership on the social affairs, equality and human rights agenda. This interview offers an opportunity to know more on Utrecht’s local initiatives and her views on the Committee and human rights cities’ networking.

Q1. Over the last years, Utrecht has pioneered human rights city initiatives at the local level. Could you tell us more about these initiatives and why do you think it is meaningful for local governments to embrace this vision?

If you change national politics for local government, as I did 3 years ago, then you notice fairly quickly what a huge variety of great initiatives our cities have and what kind of energy and creativity people put into projects. In Utrecht there is a long tradition of policies on many social issues, but also in the field of sustainability including our famous cycling policy and the way we are involving the population in those actions. Despite the fact that in Utrecht we might not speak every day explicitly in terms of human rights, a culture has grown in which human rights and the international embedding of us as a local community has gained an important place in our consciousness.

Nevertheless, sometimes it is particularly important to talk in terms of human rights. A notable example is the Bed, Bath, and Bread initiative, where the city of Utrecht provides shelter to destitute irregular migrants, espousing the right of the city to provide “Bed, Bath and Bread” to everyone. On this issue, our city among others started a case at the European Committee of Social Rights for undocumented refugees against a decision of the Dutch state (which we finally won). Working through local NGOs, our City provides shelter and access to medical care. Safe spaces and trusted community partners make it easier to address underlying issues of irregular status.

Another impact of the human rights culture in Utrecht was the establishment of the European-funded Plan Einstein — an innovative approach in the reception and integration of refugees. Refugees lived together with local youngsters and residents of Plan Einstein and neighbourhood members could follow courses on Entrepreneurship and English here. This boosted the prospects of enhanced conviviality and future regardless of status.

But what is most striking in Utrecht is that there are so many initiatives that have arisen from the levels of awareness developed at the local level. There are initiatives on areas like the rights of the child and youth participation, the position of people with an LGTBI background, tackling poverty, combating stigmatisation and discrimination or renewing the notions of “income, work and unemployment”. What also became clear to me is that realizing human rights is an ongoing challenge: There is no human rights city that is ready with its work. There is no reason for forgetting our horizon of ambitions.

Q2. Throughout your participation in previous CSIPDHR events you mentioned how human rights cities are pioneering new approaches to global human rights implementation. What messages do you think they can tell the world both in terms of human rights policy innovation and collective action capacity?

There are many labels that cities all over the world use to tell the story about themselves and their ambition: Smart Cities, Healthy Cities, Fearless Cities, Anti-Rumours Cities, Inter-Cultural Cities, Cities Against Racism, Shelter Cities, Cities for Digital Rights... The special thing about Human Rights is that they symbolize a decades-long process in which we laid down international criteria for a dignified and just society. They help us examine social reality and provide us an instrument for making concrete changes. It is also a language in which we can understand each other globally and in which we can seek out where things can and should be done better. And it is very encouraging to see that more and more municipalities are using it.

International human rights can sometimes act as a buffer, allowing cities to follow their own path. We see this worldwide in the way in which cities receive refugees, provide social housing or the way in which the right to an open and safe existence is realized for/with LGTBI groups. That is where it is of the utmost importance that cities stand in support of each other as a movement. Even though it might be challenging to tell examples of how cities stand up for human rights themselves, it becomes easier when referring to how mutual support on human rights continues to challenge and inspire us.

Q3. As you already became familiar with the work developed in previous years, why do you think international human rights cities networking around the UCLG-CSIPDHR is relevant and what do you think should be its next steps?

The UCLG and the CSIPDHR  have a long and rich tradition of stimulating local social innovation. They provide a platform to bring together knowledge, expertise and networking on which cities can build. In this respect, the process envisaged by the UN Human Rights Council and the OHCHR with Resolution A/HRC/RES/45/7 can be of great significance. I believe we are becoming an organised interlocutor. That fact, in turn, forces us to organise ourselves even better, to involve more local leaders and to set sharper collective goals. And to have in mind where we want to go: to which we, as a Committee, want to contribute. The 2030 Agenda is an important point on the horizon in this respect, and therefore also for the future plans of our movement.

Looking at 2030, I think we as human rights cities could assess ourselves on three points. First, to see if we managed to develop a kind of accreditation with which the Human Rights City label has become a serious title, based on a recognised framework of commitments. Second, if we managed to substantially increase the number of cities that explicitly work and are approachable as 'Human Rights City'. To put it in numbers, could we move from 100 human rights cities worldwide in 2020 to 1000 cities in 2030? Third, to make sure we have been able to professionalise the support of cities entering a process of 'Becoming a Human Rights City' internationally as well. This could include mobilizing funds and ensuring there’s a platform on which knowledge, expertise, education and mutual support are made available.