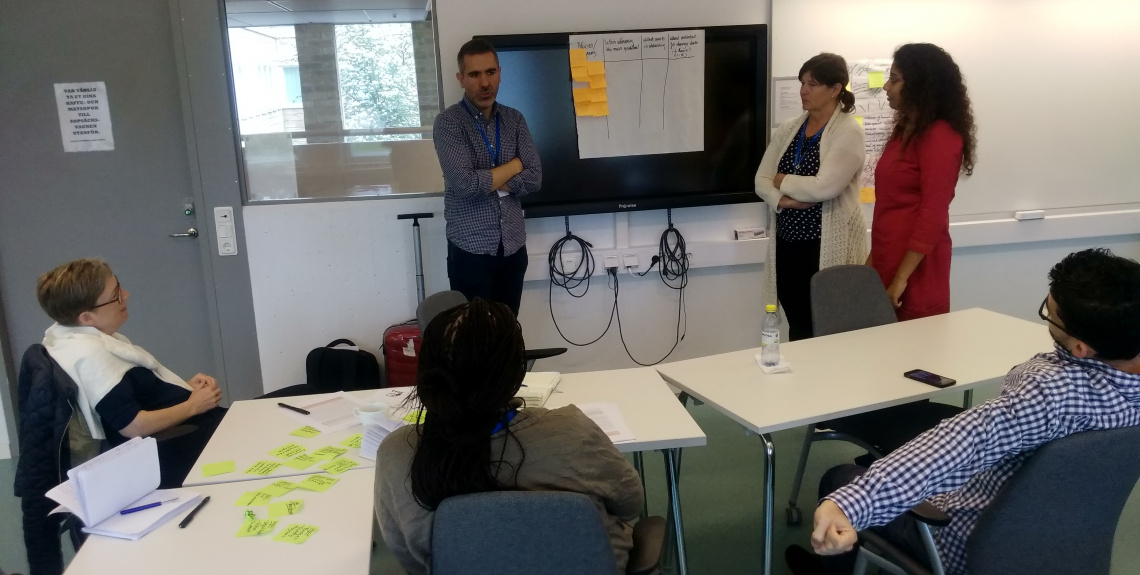 The Swedish city of Umeå hosted from 10 to 15 June the first edition of the “Local Democracy Academy”: An international event organized by the International Centre for Local Democracy (ICLD) in partnership with UCLG. Our Committee held in this framework a policy lab on the issue of non-discrimination at the local level, which allowed to present transformative practices led by member-local governments in a dialogue with researchers and civil society representatives from across the world.

Imagining innovative practices on non-discrimination at the local level

Throughout lab discussions, participants assessed the need and the potential for tackling discrimination from a local government perspective. Indeed, discrimination and other related phenomena – social exclusion, sexism, racism, hate speech… – were identified as a central threat for local social cohesion. Challenges experienced in this regard by local governments were explored profoundly, as well as ways imaginative ways to deliver a positive impact. Accordingly, participants to the lab sessions unveiled possible policies responses, based on upholding human rights, promoting human rights education and trainings, fostering participatory urban planning or cooperation with civil society.

Participants followed a learning methodology designed by the UCLG Learning and ICLD teams, based on exploring a scenario – in the case of Umeå, a racist and sexist attack in the public space of a city – followed by an analysis of its causes, its consequences and the roots of the problem. Afterwards, participants were asked to brainstorm about policies and approaches that knew were tackling this phenomenon in an innovative manner. Participants imagined finally a possible policy response to the original problem. Other policy labs explored issues such as climate change, participatory urban planning or SDGs localization.

A paramount meeting for researchers on local democracy

The Local Democracy Academy took place during a whole week and gathered more than 100 researchers, local government officials and practitioners from across the world. Besides de policy lab sessions, the Academy also hosted different roundtables, laureate paper discussions, training sessions, lectures and other thematic discussions. The host city of Umeå also kindly presented its own policies on issues such as participatory urban planning from a feminist perspective, and other cities in Sweden showed their own initiatives on issues such as human rights policies at the local level or SDGs localization.