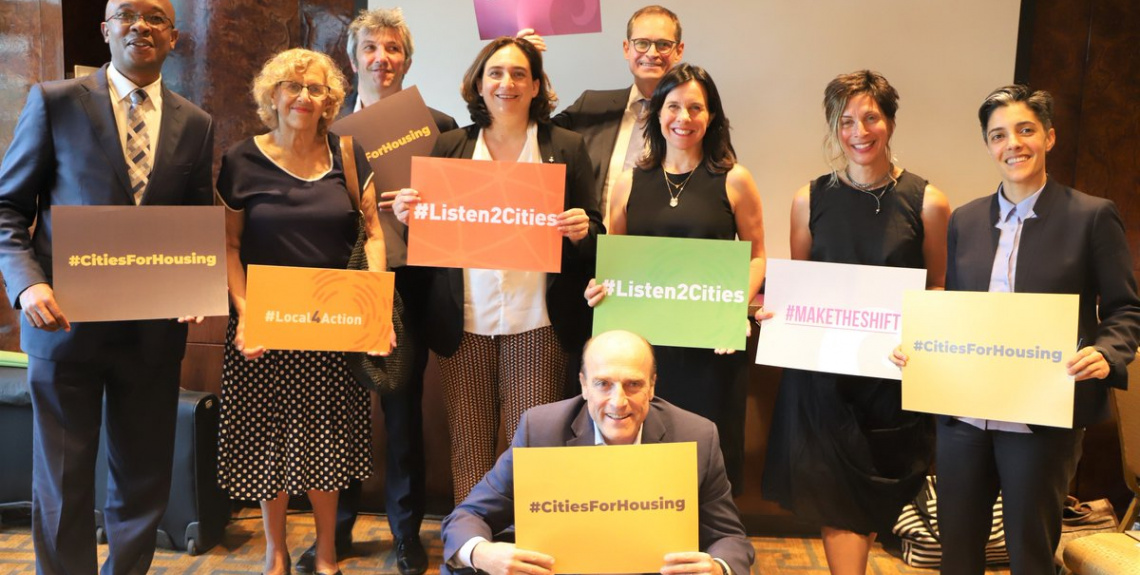 Right to Housing and Right to the City: cities from across the world come together to launch a common message

Last Sunday, 15 July, UCLG and its Committee on Social Inclusion, Participatory Democracy and Human Rights co-organized a special session on the Right to Housing as a preview of the Local and Regional Governments’ Forum held in parallel to the High Level Political Forum (New York, 15-18 July), in partnership with the UN Special Rapporteur on Adequate Housing and the OHCHR.

While national government representatives presented their commitments to implement SDG 11 in order to “achieve safe, sustainable and resilient cities” last week, member local governments of UCLG have come together to recall the crucial issue of housing and adopt an approach based on the Right to the City in order to realize this goal.

Articulated around five axes, the Declaration aims to highlight the common challenges faced by cities around the world, such as the growth of informal settlements, socio-spatial segregation, financialization and real estate speculation, as well as the urgent need to put in place sound strategies for achieving:

The Mayors of Berlin, Montevideo, Madrid, Montreal, Strasbourg, the Vice-President of Plaine Commune and New York’s Deputy Mayor on district strategy took the floor to support this initiative and share their own local experience. In particular, they stressed the importance of not leaving the housing issue to market rules alone, and defended the need for public intervention in order to guarantee dignified living conditions for all their inhabitants. They emphasized the importance of promoting a rights-based approach in local action. 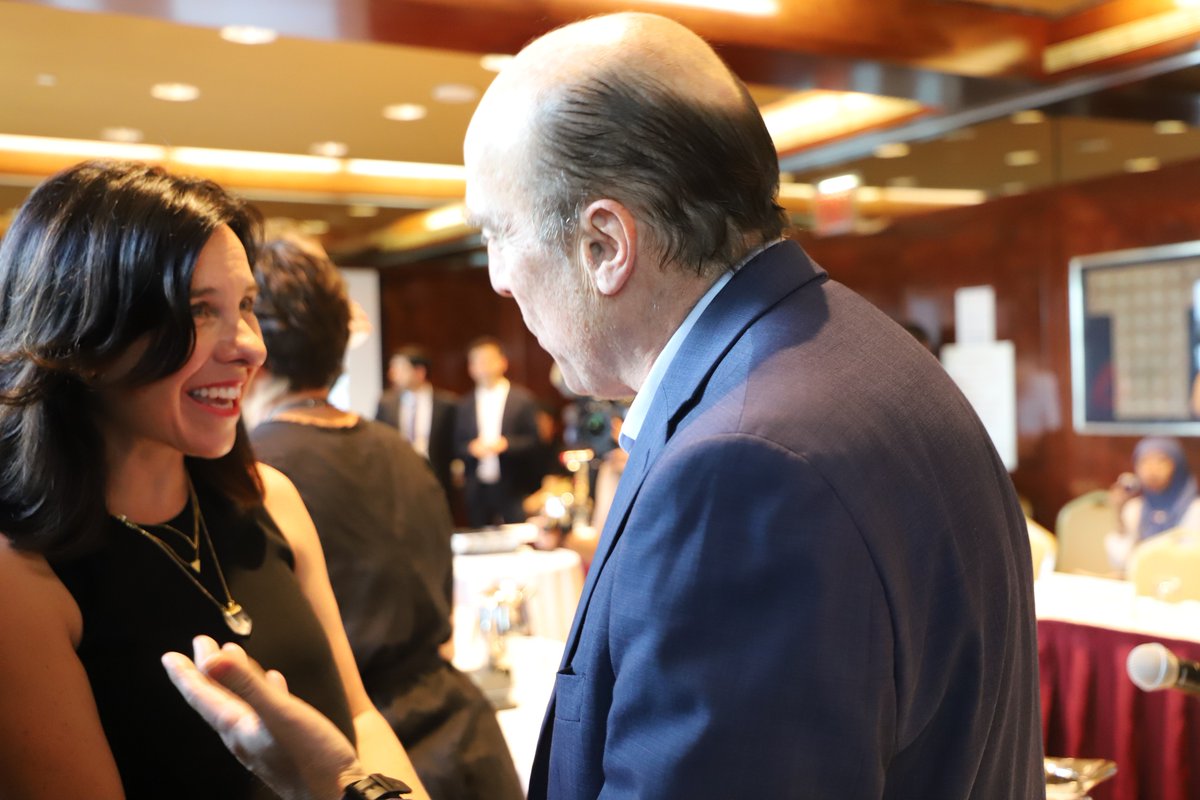 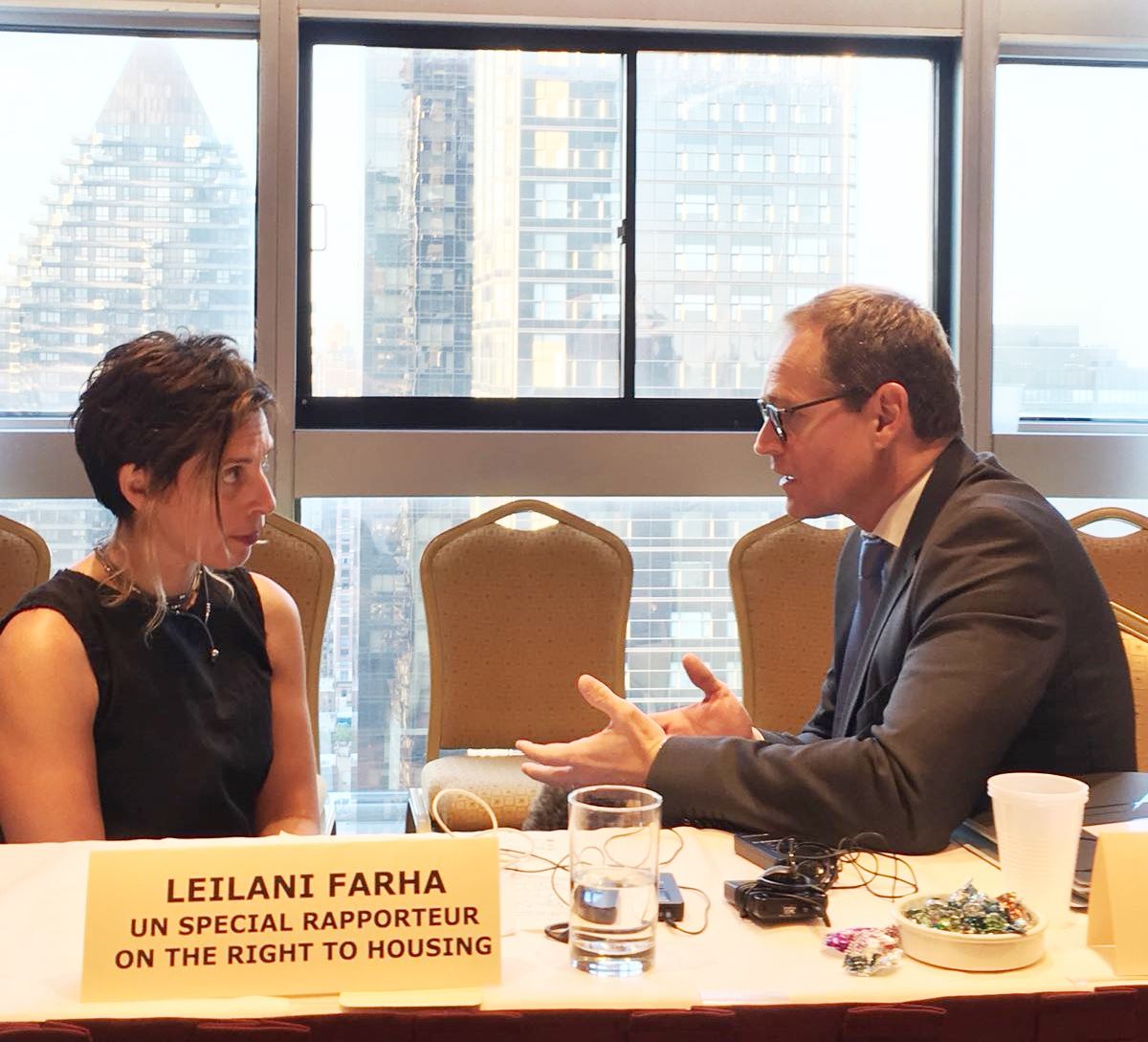 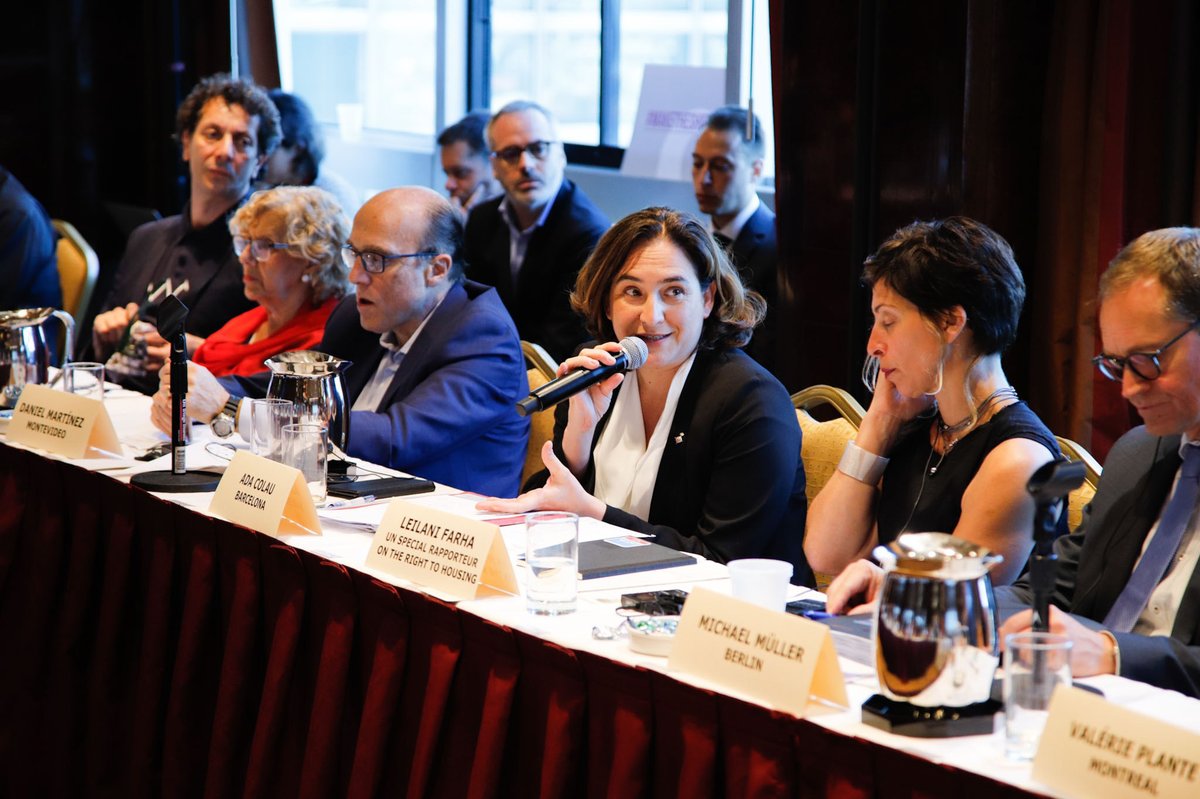 The representative of New York’s OHCHR office, the President of Habitat International Coalition (HIC), the Director of Cities Alliance and the Special Rapporteur on Adequate Housing also took the floor, emphasizing the vital role of local governments and welcoming their unprecedented commitment to push forward for the Right to Housing at the global level. The Special Rapporteur also recalled the origins of her alliance with UCLG around the #MakeTheShift campaign. Since Habitat III, the Shift has worked on dveloping common voices around adequate housing. The Director of World Enabled emphasized the essential role of housing in building inclusive and accessible cities for all.

Closely interrelated with the implementation of the New Urban Agenda, this declaration highlights the contribution of local governments and links the international, national and local agendas. UCLG President Parks Tau supported the progressive realization of socio-economic rights and UCLG's Secretary General stressed the importance of cities being at the heart of development policies.

[ See the video of the event ]

This special session was instrumental to reinforce and highlight a common message on behalf of UCLG’s member-local governments on the Right to Housing. While stressing the interdependence of human rights issues, cities and territories wished to frame local development in the broader context of the Right to the City, and expressed their willingness to continue to work together on these issues.

Ada Colau, Mayor of Barcelona and Co-President of UCLG, will present the Declaration of Cities for Adequate Housing on the occasion of the Local and Regional Governments’ Forum, to be held on 16 July at the United Nations Headquarters, rallying cities from all continents to fight against the housing crisis affecting urban dwellers around the world.

The Cities of London, Madrid, New York, Paris, Montreal, Montevideo, Amsterdam, Paris, Berlin, Durban, Seoul, Mexico and Strasbourg, as well as the territories of Plaine Commune and Seine-Saint-Denis, are resolved to join Barcelona’s call for the Right to Housing. 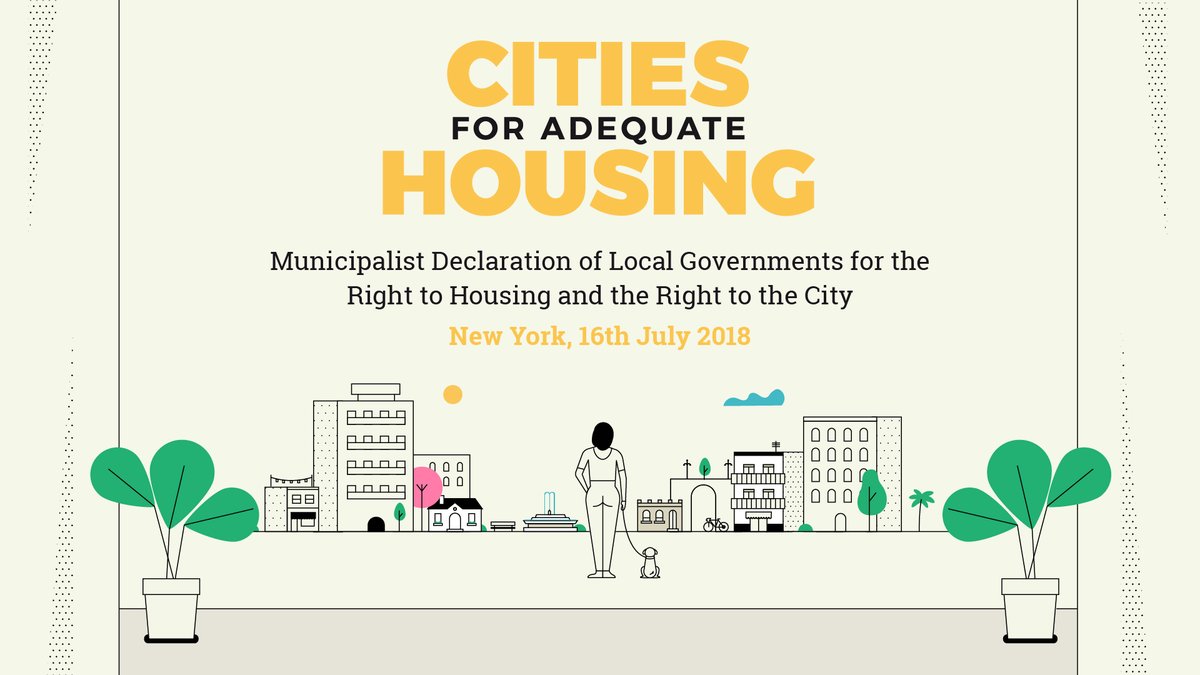 UCLG, alongside its Committee on Social Inclusion, Participatory Democracy and Human Rights, invites its member cities and partners to take note of this initiative and express their support on social networks on 15 and 16 July using the hashtags #CitiesforHousing and #MaketheShift.