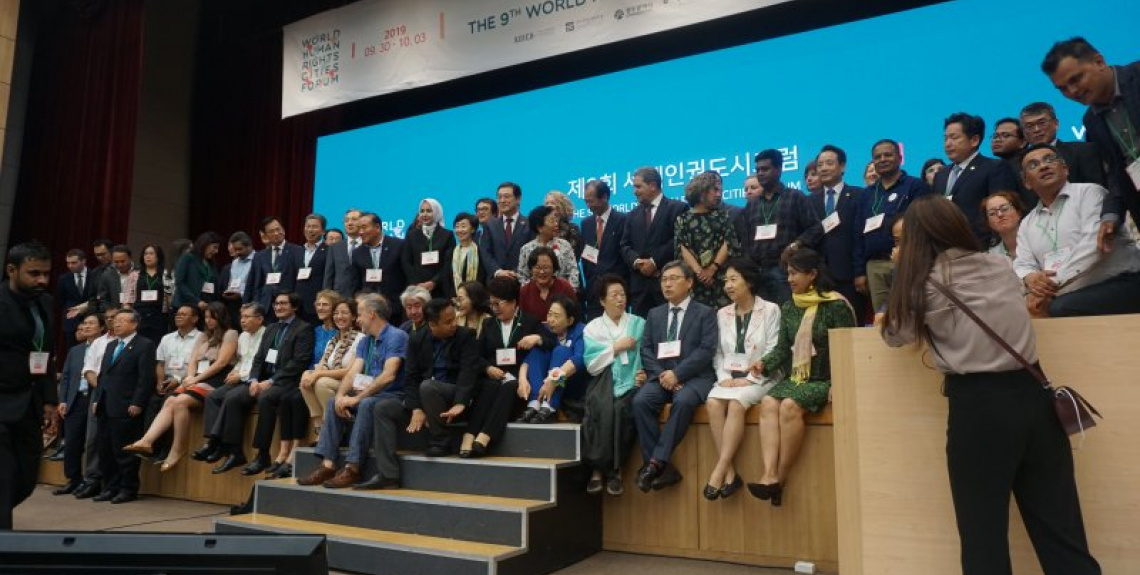 From 30 September to 2 October, the City of Gwangju became once more the beating heart of the global human rights cities movement after hosting the 9th edition of the World Human Rights Cities Forum (WHRCF). In its 2019 edition, local government, civil society and international participants to the Forum assessed the latest policy developments in local human rights protection models, as well as the increasing interaction between local authorities and the UN human rights system. The UCLG CSIPDHR Committee and UCLG ASPAC took an active role in the organization and development of sessions throughout the Forum.

2019 WHRCF: A platform for policy exchange and partnership development

The WHRCF is the most important rallying point for local authorities, activists and researchers on the issue of human rights. It has been hosted yearly since 2012 by the Metropolitan City of Gwangju with the support of the Gwangju International Centre (GIC) and the UCLG Committee on Social Inclusion, Participatory Democracy and Human Rights (UCLG CSIPDHR).

On its 2019 edition, local government representatives from Mexico City, Utrecht, Vienna, Nuremberg and Jember presented innovative experiences in areas such as fight against hate speech, intercultural dialogue or women rights. Ariana’s mayor Fadhel Moussa shared, in the Forum’s plenary session, the latest developments in the democratization process lived Tunisia since 2011, as well as the role human rights and participatory democracy played in the agendas of many local governments of this North African country. 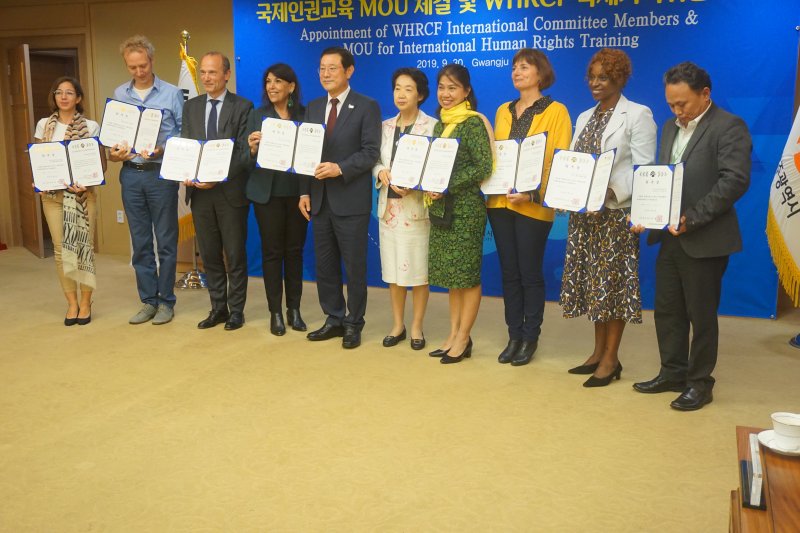 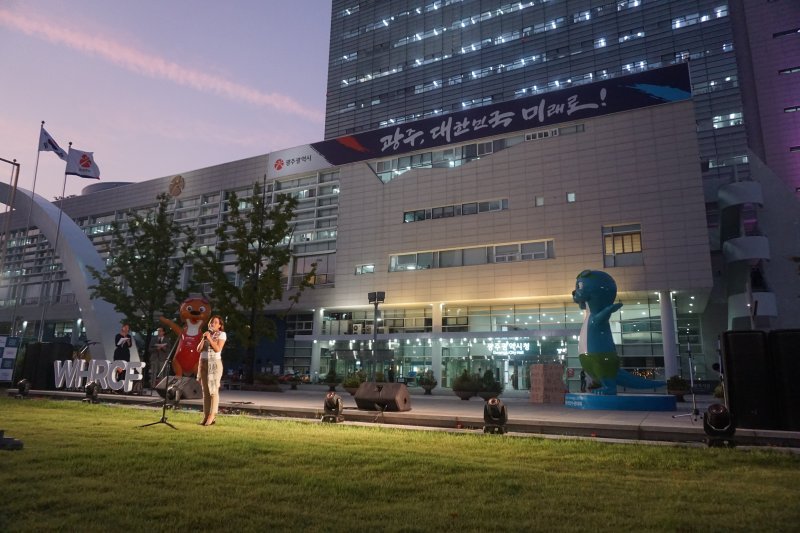 Many sessions throughout the Forum - such as the blended learning course held by UCLG ASPAC and RWI or a training event organized by the Global Platform for the Right to the City (GPR2C) - stressed the connection between 2030 and human rights cities agendas. In a meaningful video intervention to the Forum’s opening, UCLG Secretary General Emilia Sáiz also stressed the importance of connecting these two agendas as a matter of ensuring social and spatial justice.

A special session on the right to housing in Asia organized by the CSIPDHR also allowed to have a local government debate on this issue for the first time in the Forum. This session was held in the framework of “Cities for Adequate Housing”, and was attended by local government representatives from Ulaanbaatar, Taipei and Vienna, from the UN Special Rapporteur on the Right to Housing team as well as numerous civil society organizations. It gathered fruitful inputs and key messages that will contribute to developing UCLG’s work on the issue of housing. The GPR2C also organized a session on the “Right to the City in Asia”.

The Human Rights Forum of Gwangju; A strategic event for UCLG’s constituency

On its 2019 edition, the WHRCF was attended by more than 1000 people, among which 100 local governments from around 70 different countries. The Forum was not only successful in terms of gathering a diverse community of local governments, practitioners, activists and researchers, but also in consolidating its position in Asia. The signing of a MoU between UCLG ASPAC, RWI and the City of Gwangju should be seen as a very positive advance in this regard, as it will allow to consolidate even more the outreach capacity of the Forum in Asia.

As political commitment on human rights has long been on the rise among local governments worldwide, the key messages delivered throughout the 2019 edition of the 2019 WHRCF will provide a meaningful contribution to the forthcoming UCLG Congress of Durban - eThekwini. Women rights, migration, non-discrimination or housing are only a few of the many concrete areas in which “human rights cities” are expected to contribute during the Durban Summit. On the other hand, the UCLG CSIPDHR will continue to offer a meeting point for local governments in UCLG wishing to advance policy exchange and debate on human rights. 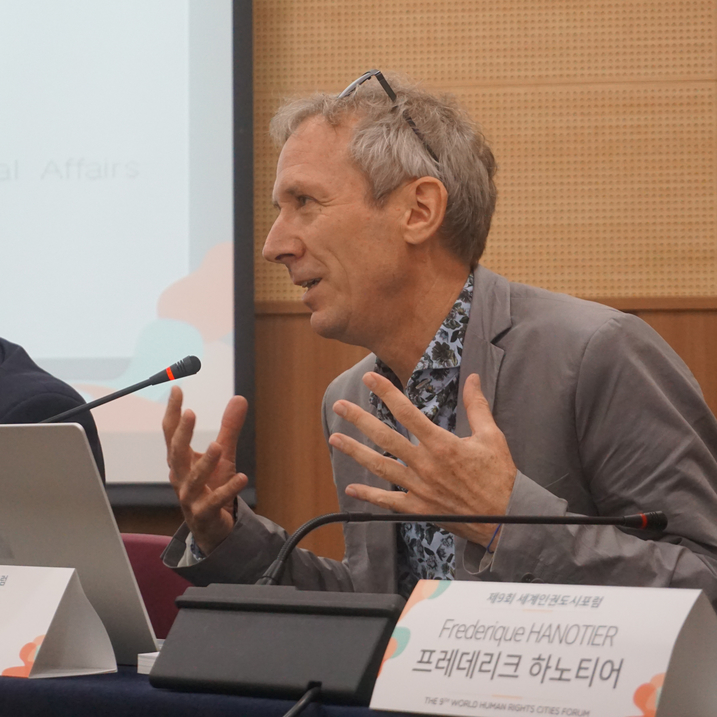 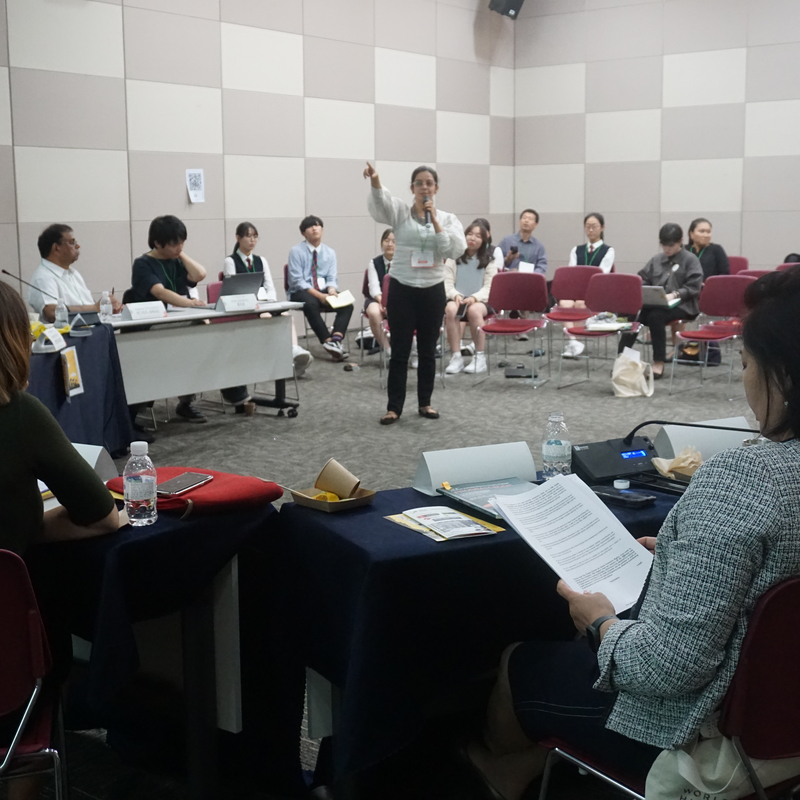 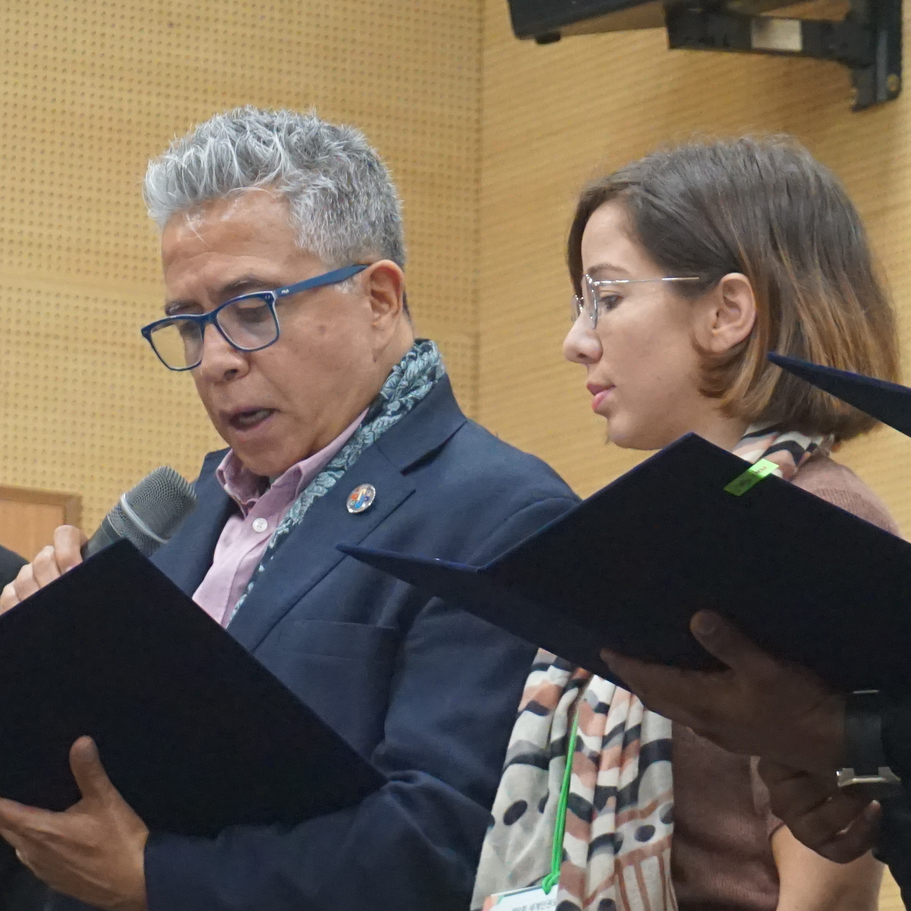