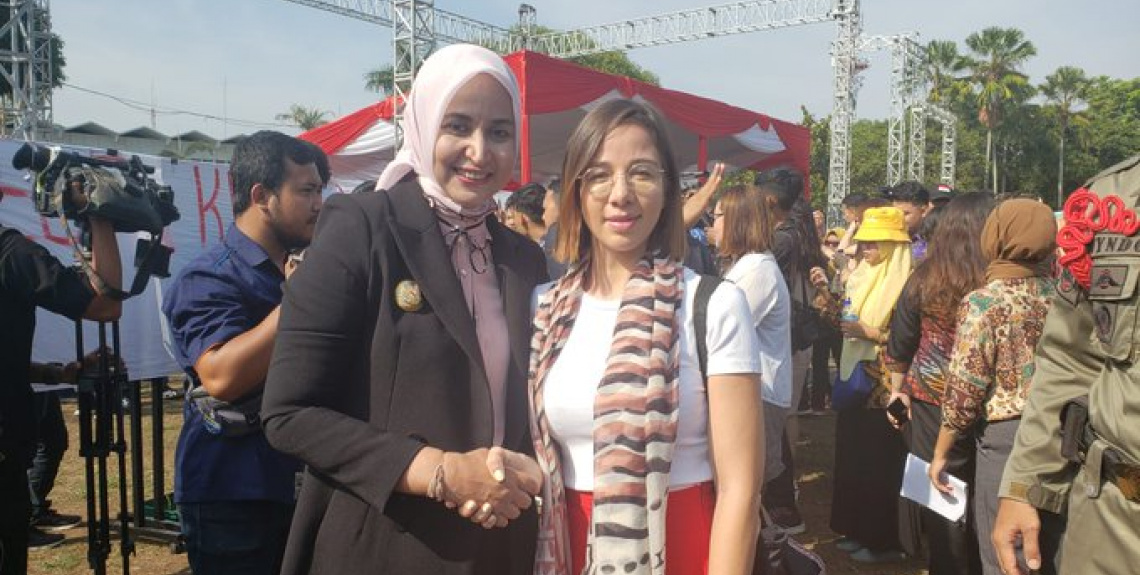 Our Committee takes part in the 2019 Festival HAM held in Jember Regency: A meeting point on local human rights issues in Indonesia

From November 18 to 21, Indonesia’s Jember Regency hosted the sixth edition of the National Festival of Cities for Human Rights and Social Justice (HAM Festival). On this year’s edition, the festival brought together nearly a thousand participants from Indonesian civil society and many organizations working on human rights issues in Asia both at the local and national levels.

Representatives from Jember’s Regency shared its initiatives in the field of human rights protection. This includes fighting against poverty, promoting access to health for the most vulnerable by launching a new fleet of ambulances, guaranteeing women's rights by fighting against forced marriages, enhancing access to drinking water, improving access to decent work… Most of these issues had a clear connection to the SDGs localization effort, and play a key role in developing the socio-economic goals of the 2030 Agenda.

Particularly innovative actions in the field of local action inspired by rights-based approach were shared during the festival. This includes supporting the development of new host villages for migrants returning to Indonesia after several years spent abroad, often in extremely difficult conditions. Jember’s Regent also set up a human rights training program for nearly 200 village chiefs. This initiative demonstrates a particularly interesting dimension of local authorities’ capacities to actively engage in promoting and disseminating the right to the city and human rights within their own localities and territories.

The Festival, organized by our partner INFID, also hosted several dialogues and knowledge exchange workshops on human rights between local and regional authorities at the national and international levels. A session was dedicated to the international movement of “Cities for Human Rights” where the City of Gwangju (South Korea) was able to present its experience as “Human Rights City” in connection to the events of 1980 known as Gwangju Uprising. Our Committee also shared the work carried out within UCLG on human rights and the right to the city, showing the diversity of initiatives led by members around the world.

Throughout 2019, the UCLG CSIPDHR has welcomed several interventions and initiatives launched by Ms. HJ Faida, Jember’s Regent.  This includes June’s dialogue of “Local Governments for Human Rights” with OHCHR’s Deputy High Commissioner for Human Rights (Geneva) and the 2019 edition of the World Human Rights Cities Forum of Gwangju.

The seventh edition of the National Festival of Cities for Human Rights and Social Justice will take place in autumn 2020. More information will be delivered soon by our partner INFID.