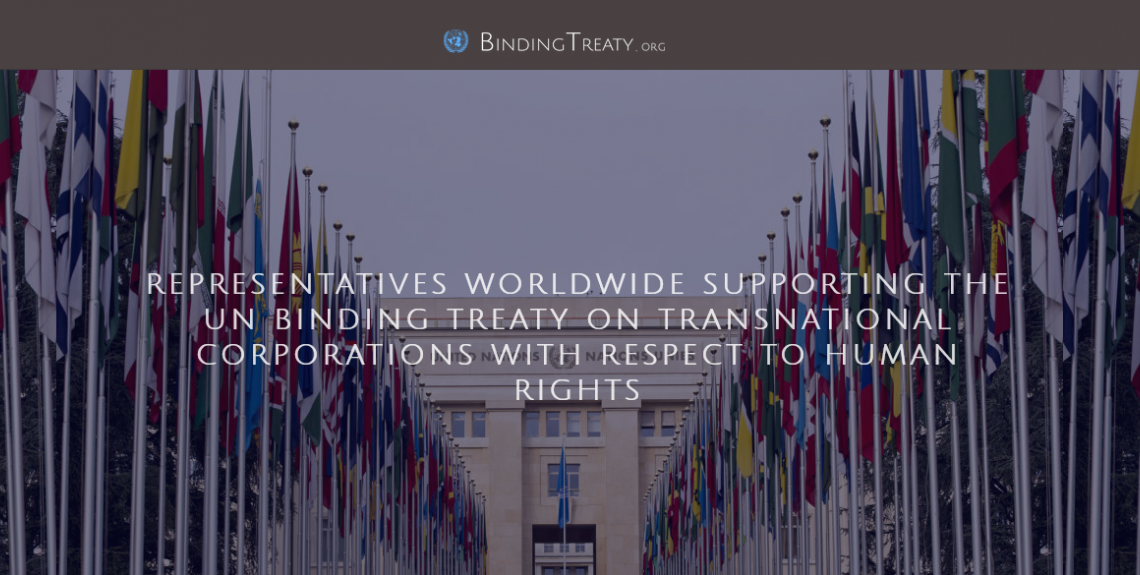 The impact of transnational corporations can be felt in many key aspects of city life. With no doubt, local governments are well aware of its relevance for residents’ access to fundamental rights such as water, energy and other basic amenities, adequate and affordable housing, employment, healthy natural environment - all of which can be easily put under strain due to corporate impunity. A new global initiative already endorsed by mayors, councillors and parliamentarians from across the world is seeking to produce an unprecedented pledge for UN members to adopt a “Binding Treaty on Transnational Corporations with respect to Human Rights”. All UCLG-CSIPDHR members have been invited to know more and eventually endorse this initiative.

The call to support a Binding Treaty on Transnational Corporations with respect to Human Rights can be endorsed through this link. This other link will provide you more information about the global initiative, including the list of endorsing personalities.

Why a Binding Treaty?

The main goal of adopting a UN Binding Treaty is to produce a new international tool that allows to end corporate impunity and to regulate corporate activities causing human rights violations on the ground. This Treaty would provide a tool to competent authorities to regulate the conduct of transnational corporations according to international human rights law, and to establish access to justice mechanisms for victims of corporate malpractice.

The working process to adopt a UN Binding Treaty on Transnational Corporations with respect to Human Rights started after the UN Human Rights Council established an intergovernmental working group on this matter back in 2014. Even though negotiations between states have taken place on a yearly basis through this mechanism ever since, no official agreement has been reached yet - especially due to the divergence of approaches between UN member states and regional blocks.

Why are local governments invited to join?

Local governments are increasingly confronted with human rights violations arising from the activities of transnational corporations. From the financialization of housing to the pollution of the urban environment, the impacts of the gig economy or the deprivation of the right to water, more and more local governments can relate to how corporate impunity affects the lives of their fellow residents without being able to address these human rights violations.

The Binding Treaty call by local governments offers a response to this scenario. Through it, cities and communities join forces in order to call for reinforced local democratic spaces and build alternative models of economic and urban development not based on exclusion or inequality, but the common good and the protection of fundamental rights.

Do you have any local story to share with regards to the subject of this call? Do not hesitate to reach the UCLG-CSIPDHR Secretariat!