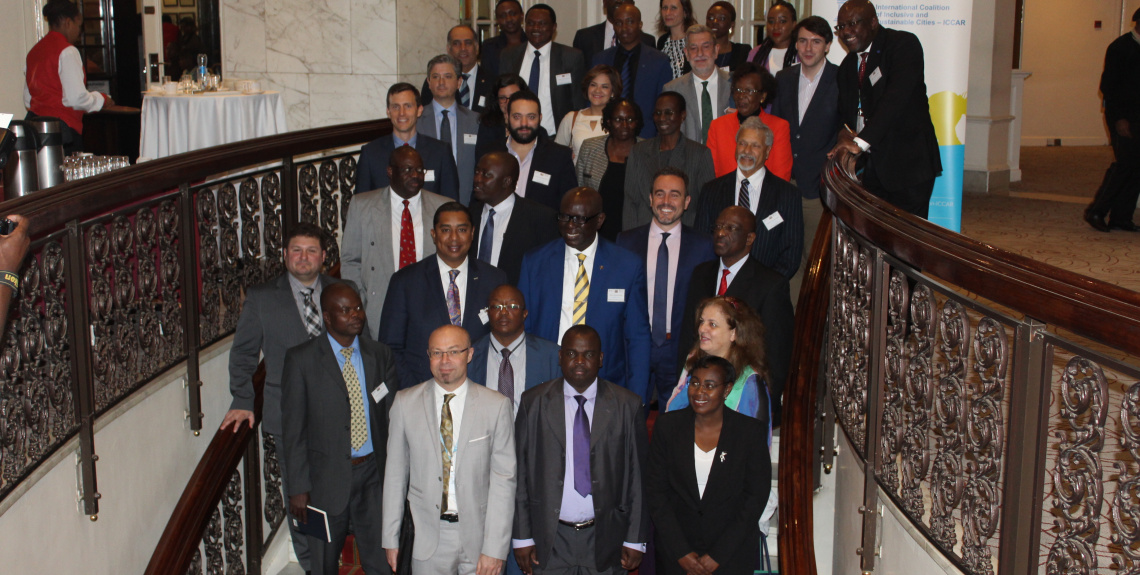 In Nairobi, the Committee tightens links with cities engaged against racism and discriminations

On 9-11 November, the Committee took part in the meeting of the UNESCO International Coalition of Cities against Racism (ICCAR) in Nairobi. On this occasion, the CSIPDHR agreed to convene an international meeting against racism and for rights in the city of Birmingham (Alabama, USA).

Cities engaged with the fight against discriminations

The International Coalition of Cities against Racism (ICCAR) was established in 2004 under the umbrella of UNESCO. It is a network of cities concretely committed –through public policies and working with their civil societies- to the fight against discriminations, exclusions and xenophobia, and to the promotion of the values of living together. The network is organized around six regional offices, coordinated by cities: Africa, Arabic Countries, Asia-Pacific, Europe, Latin America and the Caribbean, and North-America.

Since its creation, ICCAR has published a number of documents, especially on local practices of fighting against discriminations and reception of migrants, among others.

The Coalition, willing to accompany cities towards an inclusive and sustainable development

Since 2015, the Coalition has widened its action focus to social inclusion and sustainable development in order to align itself with the Sustainable Development Goals, adopted by the UN General Assembly in September 2015 –especially regarding goal 11: “Safe, inclusive, sustainable and resilient cities”. In this regard, ICCAR has asked the UCLG Committee on Social Inclusion, Participatory Democracy and Human Rights to contribute with its expertise to the elaboration of a Guide to accompany cities working for social inclusion.

A working meeting was also held in Nairobi, with the UNESCO National Section in Kenya and UN-Habitat’s support, to start working on such a guide. Representatives of the cities of Montevideo (Uruguay), Birmingham (Alabama, USA), Auckland (New Zealand), Zahle (Lebanon), and Quericho and Nairobi (Kenya) took part in the meeting, along with researchers, Kenyan ministries’ representatives and international organizations –such as Alioune Badiane’s African Think Tank and the European Development Bank.

A forthcoming meeting of cities against racism and for rights in Birmingham (Alabama, USA)

The city of Birmingham, in Alabama State (USA), attended the meeting in Nairobi as ICCAR pilot city. There, Mr Jay Roberson, Birmingham’s Deputy Mayor, expressed its city’s will to organize an international meeting for human rights and against racism in the city, with the support of the UCLG Committee on Social Inclusion, Participatory Democracy and Human Rights and in the framework of the ICCAR network. The meeting will take place on 23-26 June 2017. We invite you all to add it to your calendar.