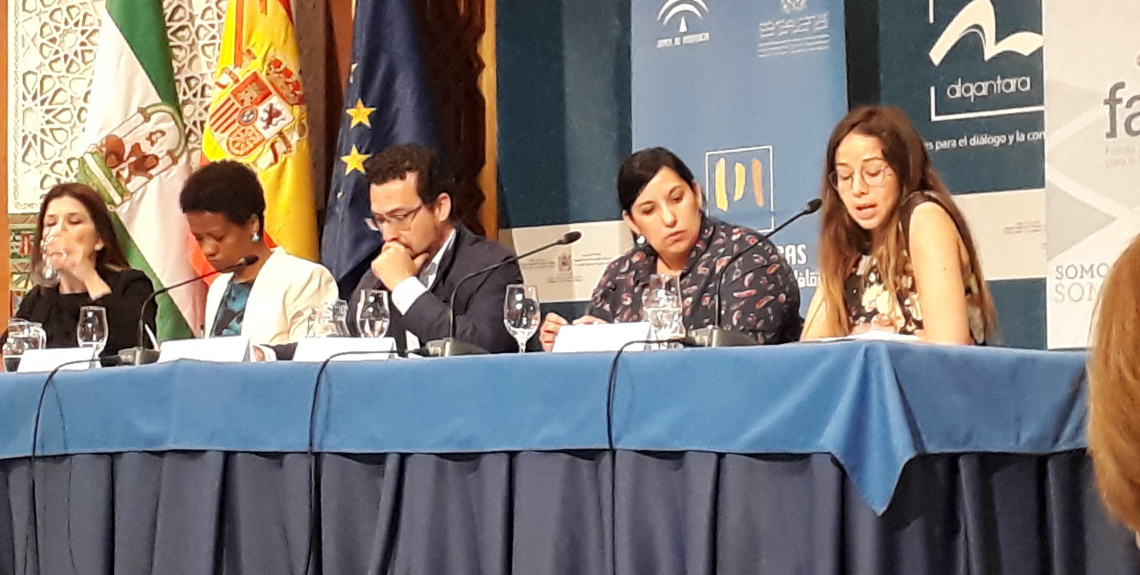 The Andalusian Fund of Municipalities for International Solidarity – FAMSI organized last 15 May in Seville “Andalucía Integradora: City networks as an instrument to foster local action and social cohesion”; an event aimed at fostering the exchange between local government and experts on local experiences and challenges regarding social inclusion policies for migrants and refugees.

The coordinator of our Committee, Amanda Fléty, took part in the round table “Governance models in the management of diversity and migration policies: Stakeholders co-responsibility and citizen participation”. On this occasion, she was able to present policies on migration and interculturality carried out by some of our local governments-members, as well as the current challenges at the international level posed by the negotiations of the Global Compact for Migration (GCM). She therefore promoted the wave of action on migrations that UCLG and our Committee have been carrying out in the last months in order to strengthen human rights and the voice of local governments in this context.

The coordinator of the Committee recalled the key role of local governments in migration policy, emphasizing the need to “introduce (accordingly) multi-level mechanisms (whole-of-government approach)” in global migration governance. She equally recalled how, “face to a global pushback at the national level, worldwide cities are increasingly reaffirming the importance of asserting human rights universality through local social inclusion policies for migrants, going many times beyond the administrative barriers imposed by other levels of government”.

On the occasion of this debate, our Committee representative was also accompanied by the Deputy Mayor of Cádiz, Ana Isabel Fernández; the Mayor of Campofrío, Mercedes López; and the Director General of Decentralization and Local Government of Cape Verde, Francisca Inês dos Santos. Among other topics, they assessed the relationship between migration policy and the design of inclusive cities; cities that are responsible in localizing SDGs.

Throughout the morning we were also able to take part in two other organized dialogues and roundtables: “Instruments for social cohesion: intercultural cooperation, co-development, social and solidarity economy” and “Integration policies for migrants, refugees and asylum seekers”. Both events deepened the discussion on public policies and international mobility, emphasizing the importance of guaranteeing human rights universality. They were attended by specialists and representatives of international organizations such as the ILO or the UNDP, as well as UCLG MEWA's regional section.