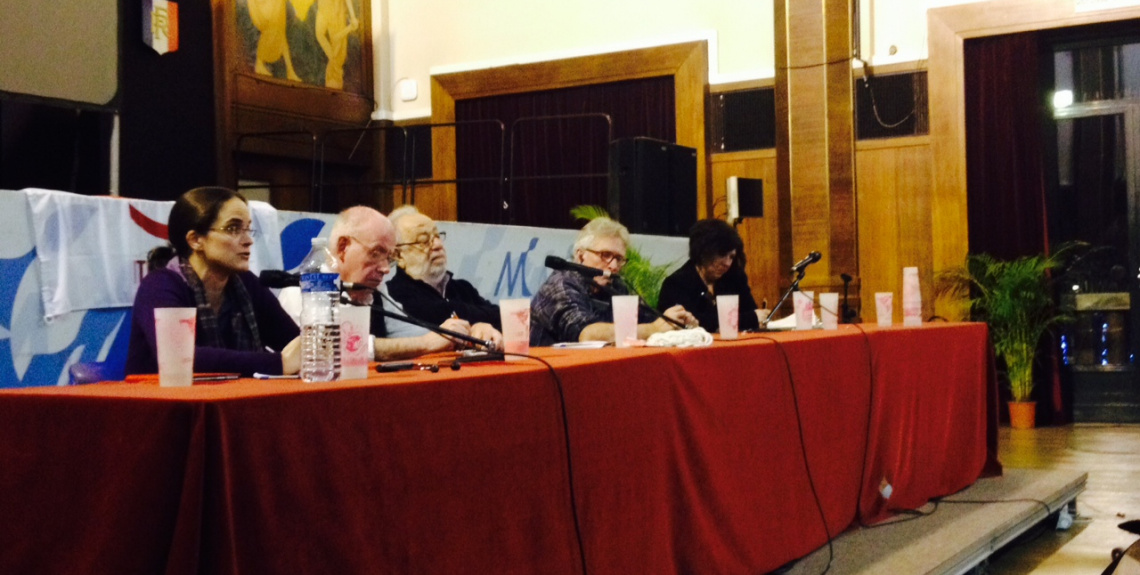 The ecological transition in a mostly urban world should be based on social and spatial justice. Minutes from the Ecological Transition and Right to the City debate (Montreuil, 5th December 2015) are already available

Within the framework of Montreuil’s People’s Climate Summit, hold during the COP21, Habitat International Coalition and UCLG Committee on Social Inclusion, Participatory Democracy and Human Rights –both of them members of the Global Platform for the Right to the City- organized a debate on the Ecological Transition and the Right to the City, with the the participation of social movements and local elected officials and Mayors.

This debate had many objectives: to highlight the unsustainability of competitive city model, to raise the Right to the City as essential element for the ecological transition, and to strengthen the articulation between urban and ecologist movements, and between social movements and local governments.

According to the UN, in 2050, 70% of world’s population will be living in cities. Whereas most of greenhouse gas emissions are produced in cities, and the consequences of climate change firstly affect the most precarious. Is this predominant urbanization model sustainable for our planet? How to implement ecological transition in cities in order to ensure well-living and environmental rights for all? How to think urban development regarding its articulation with the rural? How to support new urban citizenships, connected to their rural and peri-urban surroundings? How to boost popular ecology for all? What policies for resilience at local level?

You can read the whole minutes’ document by clicking on this link.