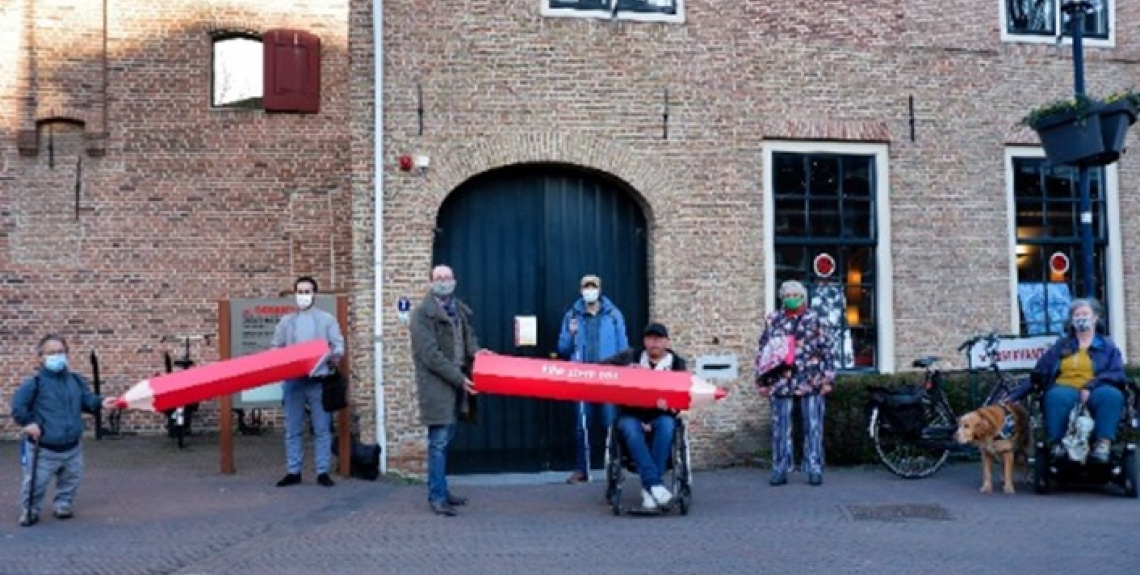 Accessible and inclusive elections in the Netherlands

Developed with our VNG International partners

In March 2021 there were parliamentary elections in the Netherlands. Although it is obligatory by the national law that voting should be accessible and inclusive for everyone, for more than two million Dutch citizens voting is not a given because of a physical or mental disability. This year there was special attention to the inclusivity and accessibility of the elections. An action plan was made by a couple of organizations and municipalities, political parties and other involved organizations committed themselves to this action plan. This article also shows two inspiring examples, by the municipality of Amersfoort and by the Prokkel Foundation to make the elections more inclusive.

On beforehand there was executed research about the accessibility of the elections and with the results of this investigation an action plan was carried out for accessible and inclusive polling stations. This action plan consisted of four themes: accessibility of polling stations, understandable information about the voting process, informing of polling station members and stimulating political parties to make their statements understandable and accessible. A lot of stakeholder organizations and political parties committed themselves to realize the points made in this action plan. Next to this, the association of Dutch municipalities (VNG) developed a brochure with tips and best practices. In this brochure also the perspective of people with a disability was involved.