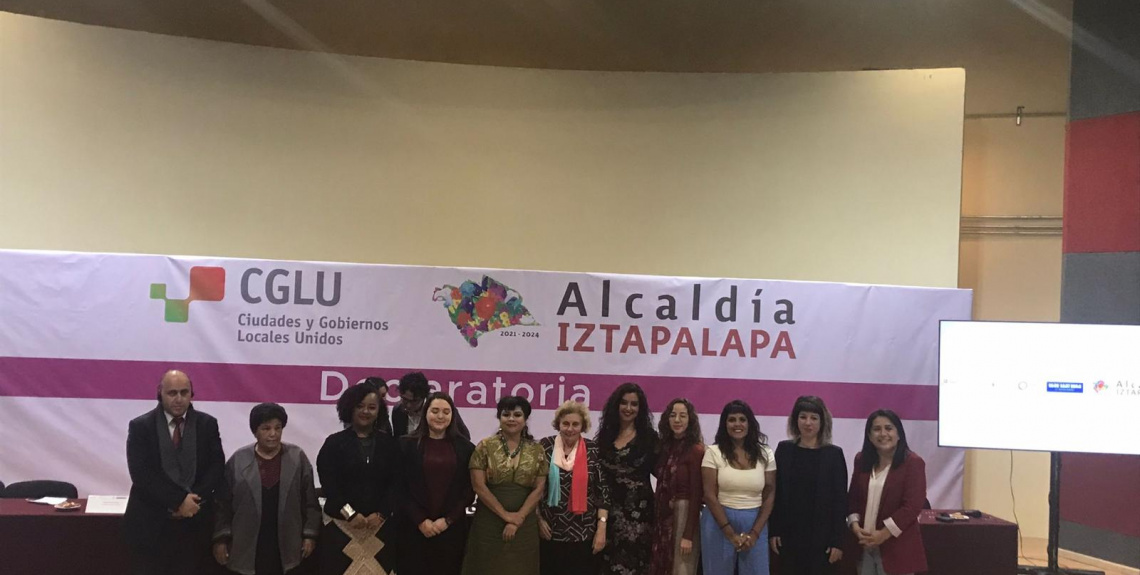 The UCLG-CSIPDHR; the International Observatory of Violence against Women of the Department of Seine Saint Denis and the Municipality of Iztapalapa organized a training on “Fighting violence against women in public and private spaces”. The event was held from 13 to 17 December 2022 and gathered around 30 participants from 11 Local Governments of Latin America; Seine Saint Denis (France) and Jenin (Palestinian Territories); as well as academia, UN Representatives and civil society to share their experiences and build capacities on local public policies against gender-based violence.

The exchanges focused on the following themes: i) intimate-partner violence; ii) femicide; iii) violence in public spaces; and iv) assessments and data.

The event concluded by the adoption of a Declaration of commitment signed by Local Representatives to fight gender-based violence at local level through knowledge sharing, networking and advocacy.

The text of the Declaration (translated from Spanish) states the following:

Following the initiative of the Observatory on Violence against Women of the Department of Seine-Saint-Denis, the UCLG Committee on Social Inclusion, Participatory Democracy and Human Rights and the Municipality of Iztapalapa, we, the representatives of the Local Ggovernments present here, commit ourselves to work as a network to foster caring territories for women victims of violence, in all their plurality and diversity. We also call on other territories to join this effort and work together towards feminist municipalism. Together, we will collaborate to promote tools, public policies, and training meetings and to advance through an International Observatory on Violence against Women.

We believe you, we listen to you, we care for you and we want to be always alive, always free and always equal.

The signatories of the Declaration are: