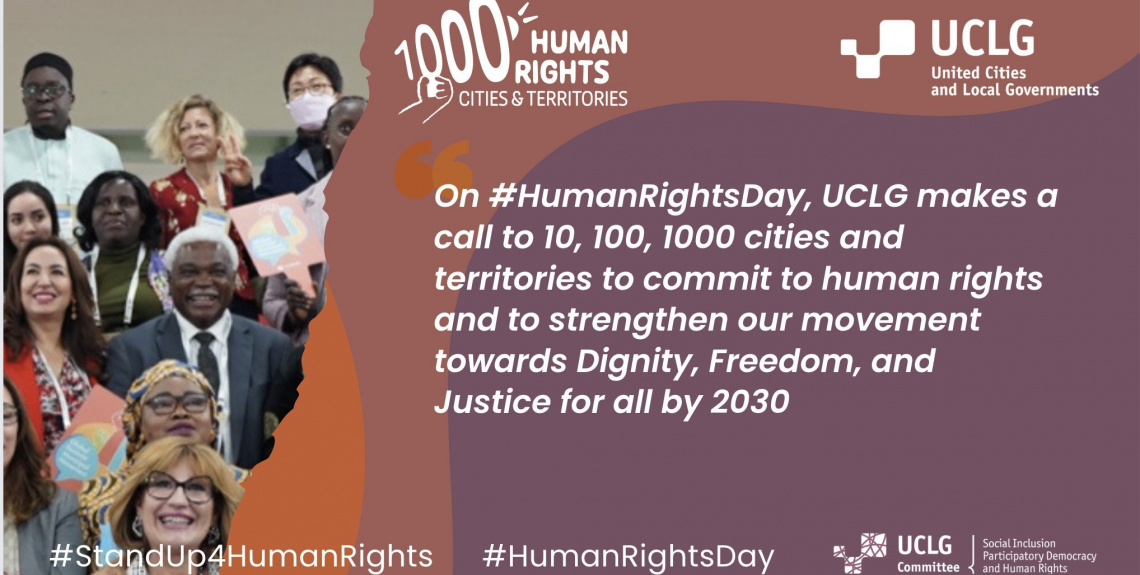 On the occasion of the International Human Rights Day on 10 December, the UCLG-CSIPDHR published a report with the first results of the Global Campaign “10,100,100 Human Rights Cities and Territories by 2030”.  The report provides an overview on the outreach process; on the cities joining the campaign; and on the key elements in terms of challenges and priorities emerged from the forms sent by the cities.

On the same day, several Cities and Territories joining the Campaign have also used the communication kit prepared by the CSIPDHR to echo the initiative launched by the OHCHR and promote the role of Local and Regional Governments for the promotion of Human Rights on Twitter and other social media.