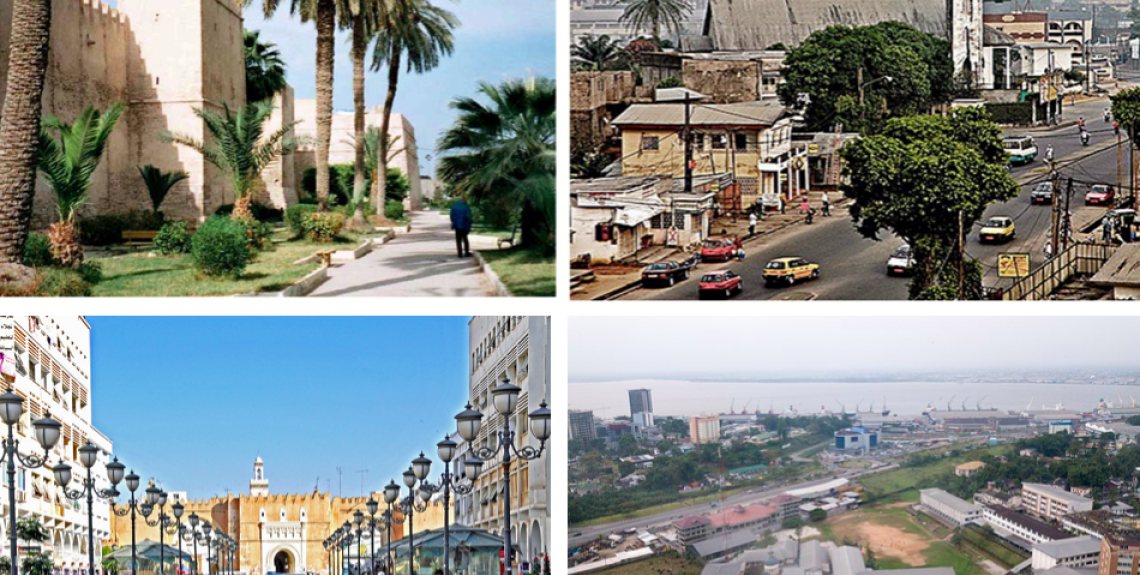 Challenges and responses to COVID-19: A local perspective from the cities of Sfax and Douala

This week, the deputy mayor of Sfax (Tunisia) on decentralized cooperation and international relations, Mr. Med Wajdi Aydi; as well as the deputy mayor of Douala 3 (Cameroon), Mr. Achille Azemba, share those various initiatives put in place within their territories with a view to fight the pandemic and protect the most vulnerable groups, in particular migrant residents, in connection with the thematic session #BeyondTheOutbreak of UCLG organized on this topic this same week.

In Sfax, local public action is based on cooperation and coordination

In Sfax, the first containment measures began in early March and quickly raised awareness on the need to provide specific responses to the needs of migrant residents. According to the deputy mayor of Sfax, Mr. Med Wajdi Aydi, “the city has taken all possible precautions since the start of the crisis based on a prevention and coordination strategy with local associations, as well as on maintain the continuity of public service in spite of the challenging situation posed by the pandemic”. The municipality has equally coordinated with national authorities to monitor and identify the spread of the virus, particularly regarding the arrival of expatriates who have returned from abroad in recent weeks. Even though quarantine measures affected the normal functioning of municipal administration in Sfax, Med Wajdi Aydi notes how local officials “tried to adapt to this context; for example, by implementing social assistance programs through home delivery”.

Thanks to its involvement prior to the crisis on the issue of migrants' rights via the MC2CM project, the City of Sfax wished to be particularly reactive and alert about their situation during the pandemic. A fivefold strategy has been put in place accordingly:

The deputy mayor of Sfax explained the many difficulties encountered in implementing this plan. The municipality had to put in place a mapping initiatives to know better the location of migrant residents in the Grand Sfax area, which highlighted the presence of a much larger number of migrants than what had been identified until then. The deputy mayor of Sfax explains how he “collected the telephone numbers of many to ensure an individual follow-up”. He also shared his concern about the situation of migrant women and children.

Finally, Mr. Aydi stressed how many collaboration agreements taking place due to this crisis are unprecedented, noting how “it is the first time in the history of the city that all stakeholders working on migration issues are fully coordinated”, and that coordination with other state bodies has much improved.

The mayor of Sfax has also launched a dialogue initiative with the central government for the creation of a national commission on this issue, which would be an unprecedented result. In addition, local authorities in Tunisia are very active in regards to networking and sharing their experiences. According to the deputy mayor, the positive impact of local responses to the crisis shows the need to continue providing local authorities with more support and resources, and to include them in the decision-making process at national and international level.

The COVID-19 crisis provides an opportunity to continue to encourage cooperation between local governments on issues such as migration or human rights, thereby defending the values of solidarity and local democracy at the global level.

Douala 3 is organizing to face the pandemic

The Deputy Mayor of Douala 3, Mr. Achille Azemba, first of all shared the low number of cases in Douala and the strong commitment shared by the government and local communities to put in place jointly all necessary measures to limit the spread of the pandemic. For the time being, the measures taken in Douala aim to raise awareness among the population on the need to respect physical distance measures, and to promote social dialogue with various community groups and migrants associations.

The deputy mayor shared several measures taken at the municipal level focusing on public health. These measures include transforming local hospitals and medical centers for the specific attention of COVID19 cases; increasing the number of health workers; and promoting the detection of new COVID-19 cases in urban areas, especially the densest ones. Douala also funded a screening campaign in order to detect new cases of COVID-19 in households and neighborhoods of the city, which made it possible to have a more precise picture of the situation and prevent an increase in new cases.

The city supports also alternative pharmacological solutions, particularly in connection with traditional knowledge, allowing to relieve various symptoms associated with COVID-19. In accordance with its commitment to universal access to public services, Douala 3 has finally ensured that all medical centers admit all patients regardless of their administrative status; in the words of deputy mayor Azemba, “Our public health initiatives target all residents of the city without exclusion: “e consider that everyone is equal and should be treated in the same way in the event of illness”.