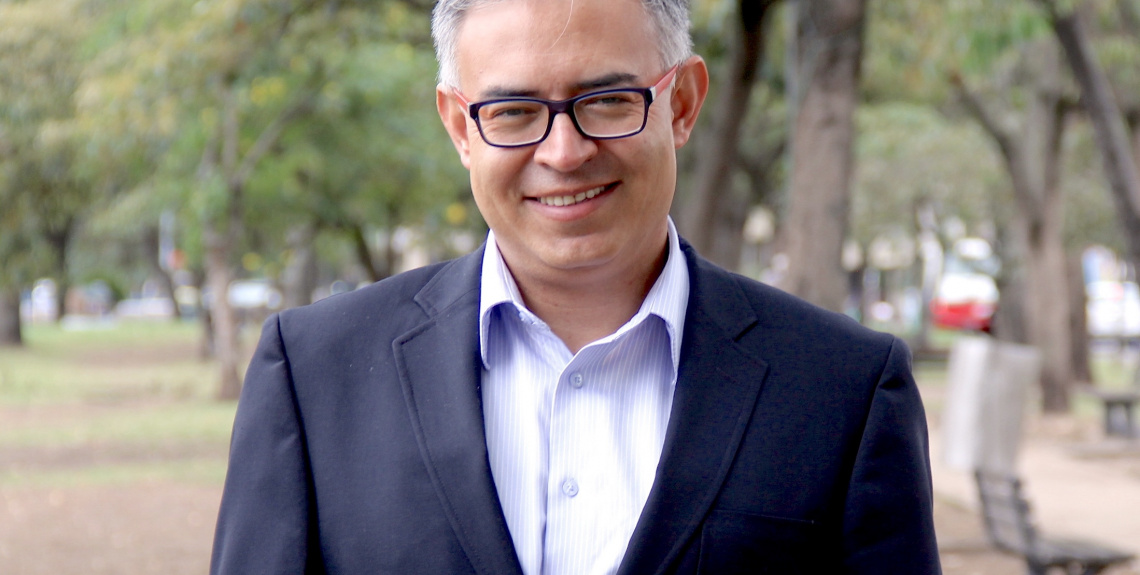 In Bogotá, the “social control” mechanism promotes transparency and citizen participation in the government of the city

Halfway monitoring, transparency and advocacy, Bogotá’s Veeduría Distrital (Ombudsman) is a public institution that has been devoted, since 1993, to the preventive control of public municipal action. Among its main functions, the Veeduría is in charge of representing citizens’ demands in front of other public institutions and administrations at the local level.

In order to know more about this innovative local mechanism aimed at securing accountable institutions and open government, our Committee interviewed Bogota’s Ombudsman Jaime Torres Melo during the 2017 Conference of the International Observatory on Participatory Democracy held in Montreal.

We asked him about the "social control mechanism": A specific measure carried out by the Veeduría that intends to guarantee inhabitants’ rights and to foster citizen participation.

Q1: Could you please present your work at the Veeduría Distrital?

I am Jaime Torres Melo, veedor distrital (Ombudsman) of Bogotá since February 2016. Veedor distrital is a sui generis institution that exists in Bogotá since 1993. Although I have been selected and nominated by the Mayor, I maintain a high degree of independence since my duty lasts until December 2019. This is one of the three institutions of district control that we have in Bogotá. Our specificity lies in the fact that we carry out preventive control in two ways: we detect risks of corruption but also administrative inefficiencies.

Q2: You devote a major part of your work to what you call “social control”; what is it?

In order to carry out our duty in regard to finding corruption risks and administrative inefficiencies, the Veeduría follows two course of action that we advance in a complementary way. The first one is to work with local entities about management models and specific tools used by public servants; the second one is to work with citizens.

It is in this framework that social control emerges as essential for preventive control as understood in Bogotá. Social control is at the heart of citizen participation, where citizens ask and public administrations are made accountable on public resources use and policy implementation. Public administrations must justify their decisions and the achievement of government goals. 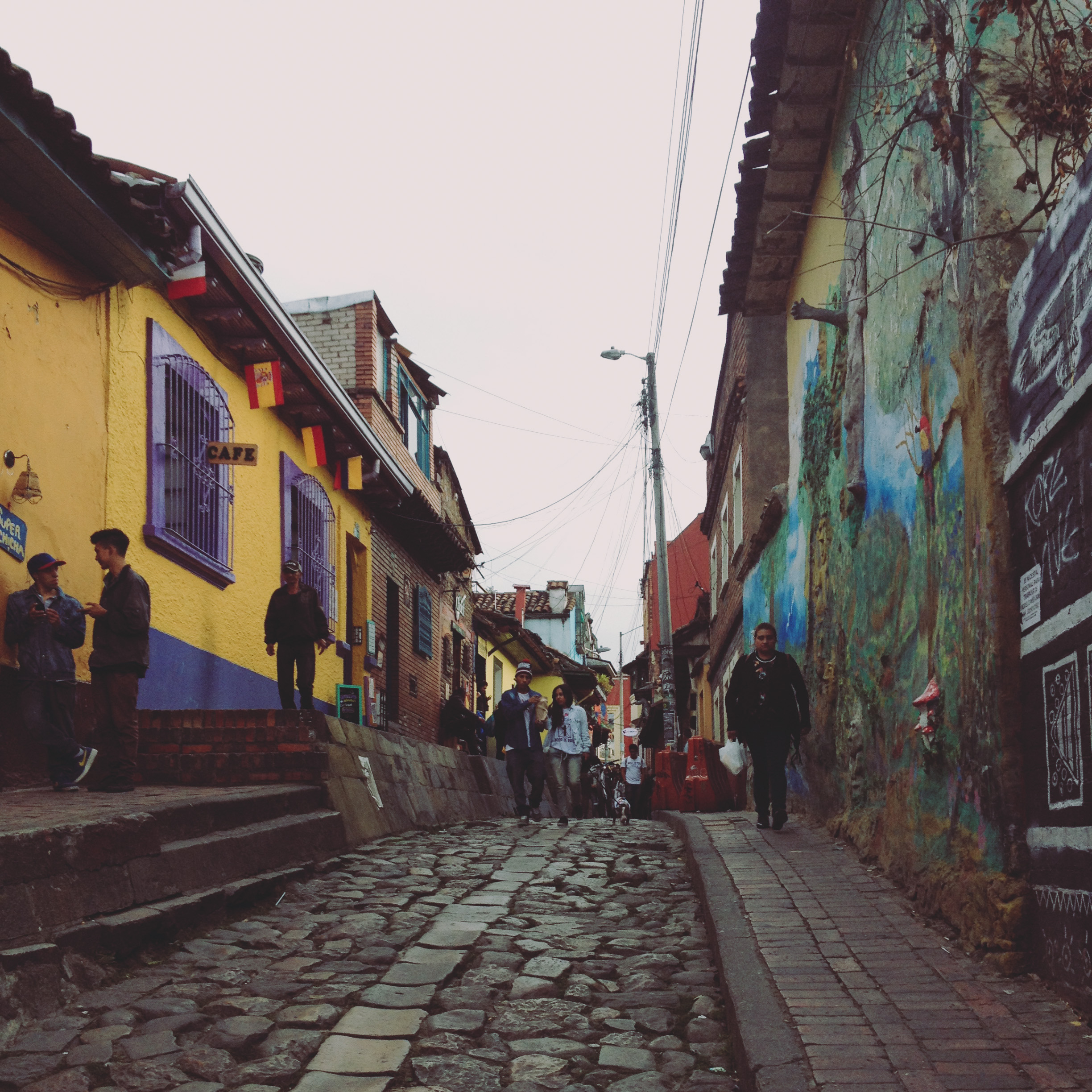 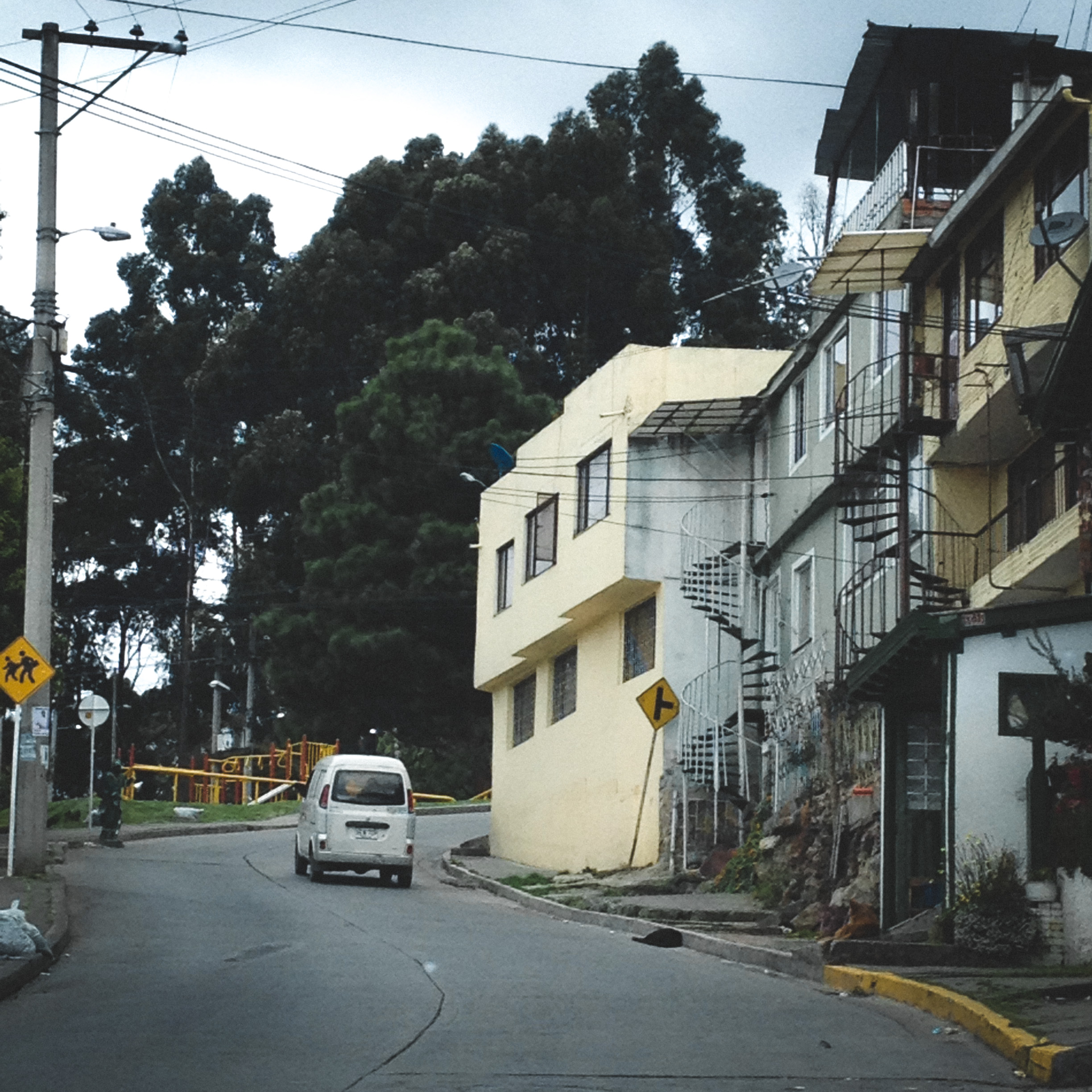 Q3: Through what mechanisms do you implement social control from the Veeduría?

There are three basic things that we do in Bogotá in order to implement social control. The first one is training: we have methodologies called the "path of social control", where we train citizens as veedores ciudadanos (citizen ombudsman). It has been implemented for 5 years, a period of time through which we improved it as a policy thanks to day to day experience. This policy has also been instrumental in making citizens aware of what social control is and what its results are.

[ Know more about the "Control Social" mechanism of Bogotá ]

The second one is what we call acompañamiento (support). We do not only train citizens in specific issues, but we also give support to citizens monitoring process in the development of their own city projects. For instance, we had successful experiences in giving support to citizen monitoring process related to health services and public city hospitals. Likewise, it is also the case of the TransMilenio seventh highway, a project that has been sponsored by the current Mayor administration.

Finally, there are three tools that we created from the Veeduría with a specific purpose. The first one was based on the ISO 18091, and it allows citizens to monitor the outcome of local mayors in each of the 20 districts of the city. We also have a tool focused on the resolution of city conflicts. We are currently working with the administration in order to detect these conflicts and provide an answer as a city, respecting citizens’ rights and people affected by these situations.

Finally, we also developed a methodology which we are already implementing in order to closely monitor and make sure that commitments made by public officials are accomplished. Whenever the administration sits down with citizens and establishes a commitment, either within a formal or an unformal framework, they have the mandate to accomplish it. We thus back citizens in monitoring these commitments. 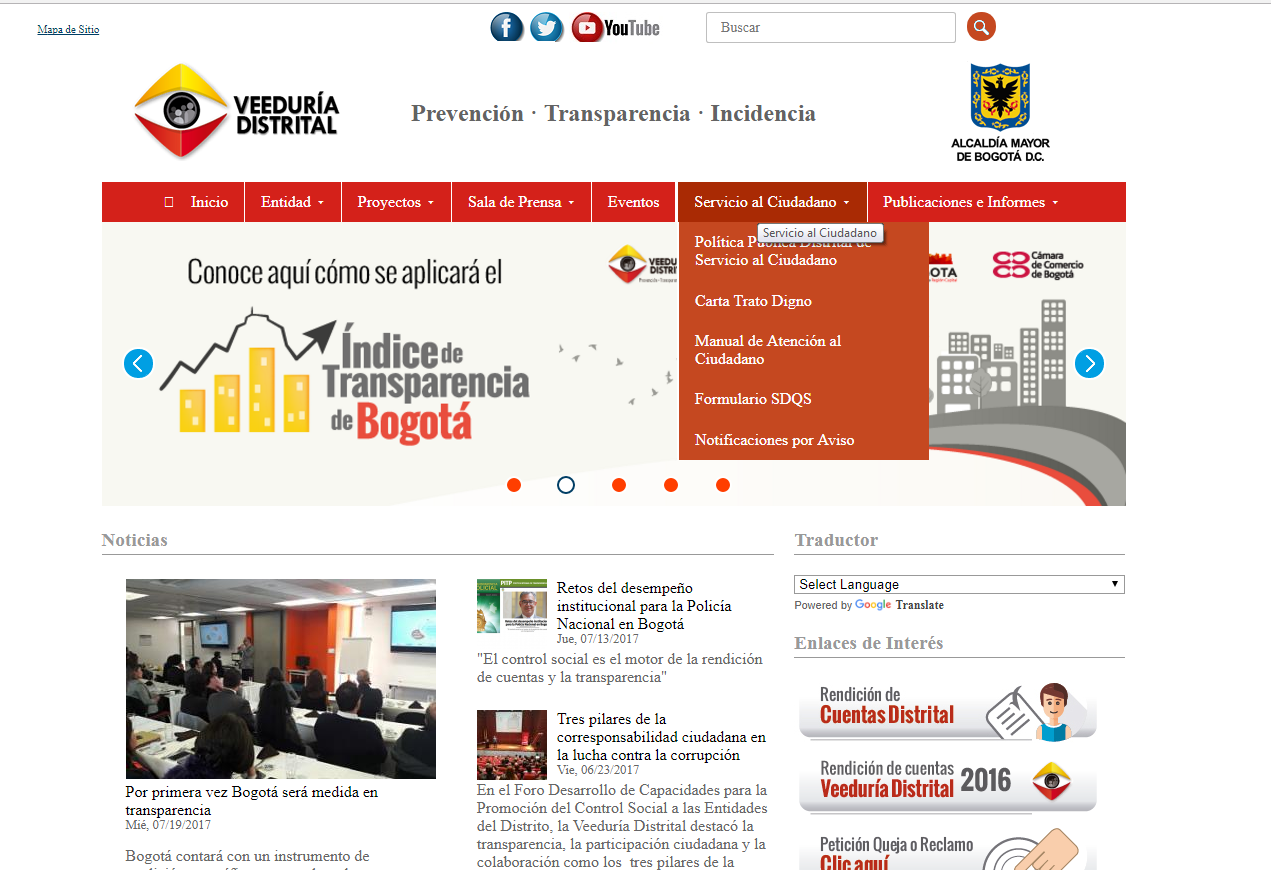 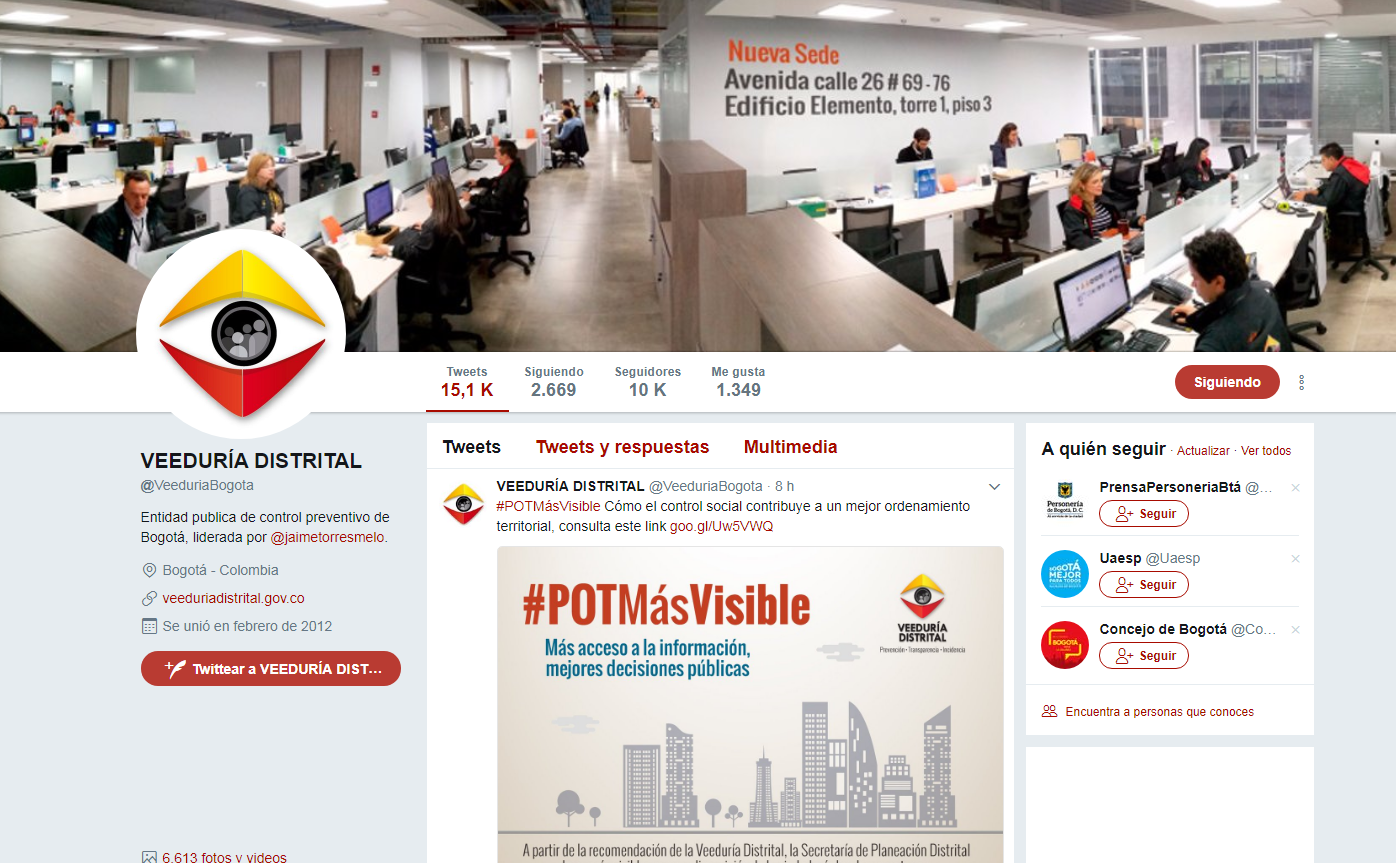 [ Link to the webpage of the Veeduría Distrital ]